So what’s out this week? Lets dive right into the goodie bag, rummage around and see what floats to the surface. (Now THAT’S what I call a mixed metaphor!)

Due to personal disappointment, as  well the fact I try and bring you something a little different each week, I’m going to put the Big Two (D.C. & Marvel) aside for this column and concentrate on independent publishers as well as the more unique and alternative comics that are available, and nothing says that more than small press comics.

Small press comics are those that are pure D.I.Y., the punk of the comics world if you will, and there is a whole swimming pool of them out there for you to dive into (I’m really going to have to give up on my metaphors). The small press/indie/alternative comics field is also a place where you can visit the stars of tomorrow, before they are kidnapped by the bigger comic companies and drained of their imagination and set to write more populist fiction. So let’s take a look at where the real talent in comix is today... 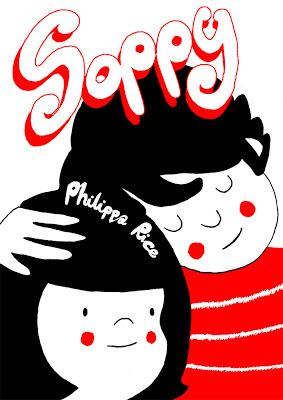 SOPPY: Philippa Rice’s work is *crazy-beautiful* and reminds me of the type graphic albums you buy for a non comic reading loved one to show them how much you care, and how wonderful your hobby in a ‘if only the rest of the world gave it a chance’ type way. Her signature work is SOPPY: an ongoing real life romantic comic that works on so many levels its simplicity itself. Find her at http://philippajrice.com/ where you can read her work online but please buy, buy, buy. I’m gonna grab a copy of WE’RE OUT because it looks like too much fun to pass up. 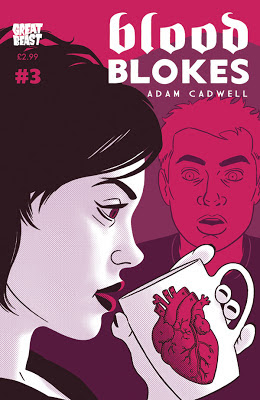 BLOOD BLOKES: Fellow Manchester-ite (and , no, I don’t know him so this isn’t any kid of geographical nepotism) Adam Cadwell has been self publishing his own comics since the autobiographical ‘The Everyday’ in May of 2007 as a web comic. In 2012 he set up his own company Great Beast, with Marc Ellerby, and started self publishing in print the comic Blood Blokes about slacker vampires sharing a house in Manchester; for those still getting over the demise of ‘Being Human’ this is a must! For a self published comic the professionalism is off the scale. Find Adam and his work here http://www.adamcadwell.com/

SCIENCE FICTION: More real life drama from Joe Olmann, in this hilariously spot on take of a midlife crisis hidden as the sudden memory of an alien abduction. I’m going to be on the look out for more from Olmann after this, as he mixes obsession, the differences between men and women and being married and single to great comic effect. From Conundrum press.

Not only is it helpful to look at specific artists and what they create but there are certain alternative comix companies that really are an alternative to the usual superhero/sci-fi/horror comics from the bigger companies. Keep an eye on these following companies and check through their catalogues for some astounding creativity with a- sorry about the cliché- something for everyone mentality.

KNOCKABOUT: Knockabout, a London based independent comic and book publishers, has been instrumental for nearly 40 years in bringing work from comics pioneers such as Alan Moore, Eddie Campbell, Hunt Emerson and Gilbert Shelton-if you haven’t read Shelton’s ‘Fabulous Furry Freak Brothers’, seriously, you haven’t lived- Neil Gaiman and Melinda Gebbie. From its underground roots to the cause célèbre of the LEAGUE OF EXTRAORDINARY GENTLEMEN, Knockabout mixes innovation with big name talent to come out with some stonking material: http://www.knockabout.com/

SOLIPSTIC POP: Self proclaimed boutique comic publisher Solipstic Pop releases their anthology on an irregular basis, but when they do it is a sight to behold. If you want something *really* alternative here you go: http://solipsisticpop.com/

In a similar vein to Knockabout FANTAGRAPHICS really wave the flag and celebrate the best in independent publishing with some truly unique publications. A particular favourite of mine is KAFKA a cartoon strip biography of the enigmatic writer by underground comix legend Robert Crumb and David Zane Mairowitz.  They also publish ‘Love and Rockets’, the slice of life comic book to end all slice of life comic books by the Hernandez Brothers that’s has been around since 1981 and began being published by Fantagraphics the following year: a sublime, funny moving and heartfelt tale of a bunch of quirky female characters in various misadventures from different parts of their life, it is a must for comic fans of *any* type. 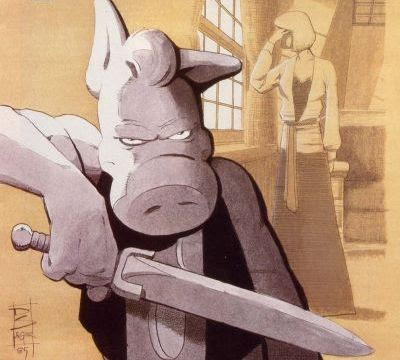 And finally no list of independent comics and their companies is complete without the King of the self publishing/ the Independent Scene- DAVE SIM. With his creation CEREBUS Dave Sim published nonstop from 1977 to 2004, completing a 6000 page story in 300 issues, making it the only independent comic of its kind. Starting as a parody on Conan the Barbarian it soon became a serious tract on politics, religion and gender issues, where some of his opinions and beliefs espoused through the comic were deemed too controversial and landed Sim in hot water, as well as  him falling out very publicly with other creators. However because it started out as an experiment and ended as a testament to the power of serialised fiction, especially comics, this makes Cerebus a sight to behold and is definitely worth experiencing. The comics are reprinted in 16 phone book size albums and are always available.

SCATTERLANDS: Originally a one panel serial on the web the prolific Warren Ellis and Jason Howard have collected what has come before and produced the first issue of an e- comic available digitally from here as well as the story continuing at http://www.scatterlands.com/. With no word balloons and only captions, Howard’s art really moves the story (of what little there is) along and certainly makes for a different kind of reading experience.

Speaking of all things digital Brian K. Vaughn’s THE PRIVATE EYE continues with #’s 2 & 3 at http://panelsyndicate.com/ for whatever price you think is fair. Along with Vaughn’s in print SAGA- that I’ve certainly recommended before- this is one of my favourite comics of the year, regardless of format, and continues to surprise me with its fantastic high concept: a world where everyone has a secret identity.

Join me next week for the Manhattan Projects, East of West and The Fabulous Killjoys in what looks to be superbly full at the seams week in comics (at last!). Until then: Ciao and happy reading.