As the closing moments of Threshold 2015 wound up and the streets of the Baltic Triangle got moodier in the crepuscular light one thing was clear. Something special had come to an end. People often talk of the post festival comedown and it’s a feeling that is hard to define exactly. But after three days of the best local music, art, performance and more it was like entering another dimension as the sheer joy of Threshold Festival sank in. 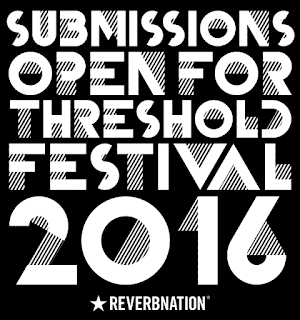 There were many notes written about the many aspects of that rather wonderful weekend of multi arts entertainment and in the following days life went back to normal, (relatively normal, anyway) and sure enough, the notes were forgotten. The memories seemed to be enough. One particularly succinct person called the festival the ‘Liverpool Music Scene’s office party’ and it would be a lie to say that wasn’t absolutely true. Not to say that it’s a festival for music scenesters only, no! There were many people both familiar and unfamiliar present across the venues and it was a joy to met old friends, collaborators and new people as well.

Highlights, according to the notes were many, and they included the rather special Liverpool Craft Beer Stage, beautiful in and of itself and home to some great moments over the weekend including the Drop The Dime stage which featured the ever excellent Natalie McCool and Silent Cities among others and the odd site of almost forty Ukulele players working the crowd on the Sunday. There were of course more highlights on the stage but that would detract from the point evident so far: Threshold V was an amazing experience!

Once the expansive art space had been explored, (also in the Liverpool Craft Beer Space), there was much more to see. Perhaps an adventure to the nearby 24 Kitchen Street or even The Lantern Theatre? There was plenty to catch in both of these venues with a vast variety of performance based arts to take in especially. Going further down Jamaica Street was even more rewarding as Unit 51 had a variety of music and great coffee, District was fun as ever, and Constellations and The Observatory, (two great venues in one) had an eclectic program of music over the festival. Throw in Baltic Social and you had a vast variety of hunting grounds for all your musical, community, creative and festival needs.

SRCZmagazine even had a stage on the Saturday , full of great music and in 2016 we’ll be doing a few things at Threshold but we can’t reveal much yet. Suffice to say, we’ll be there! Make sure to submit your band/music/performance or visual art to the festival to be in with a chance to appear at this well loved and unique festival. Click the icon on the front page or the link below and we’ll see you there!

PS: If you want to be part of our coverage team drop us a mail to sebarashii@rocketmail.com!