A new music festival for Liverpool was announced at a Press Briefing at Liverpool Town Hall on Tuesday 19th February. The newly announced Liverpool International Music Festival will take place in August and will be a more cost effective development of the often controversial Matthew Street Festival.

Building on the success of Liverpool's well attended yearly Matthew Street Festival it will introduce "new, exciting ingredients" and see "the city come together in a celebration of all things music". 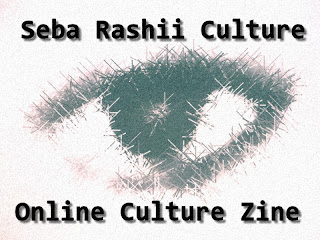 There will be live concerts in Sefton Park, kicking off with Royal Liverpool Philarmonic Orchestra and chief conductor Vasily Petrenko on the Friday evening. There will be further music across four days in the celebrated park and stages at the Pier Head devoted to The Beatles musical legacy and a Fringe festival at local venues celebrating local grassroots artists.

Liver Mayor Joe Anderson said
“Over the years the original festival has become more high-profile and as a result it became one of the most costly to stage. It simply isn’t affordable to continue funding this event when we are facing cuts of more than £149m over the next four years. Liverpool International Music Festival will combine the best of the original event with live music on three outdoor stages.  At the same time we’re working with the private sector to put new and exciting events which tap into diverse musical tastes and widen the appeal. This fresh approach also gives us the opportunity to look at the format of an outdoor music event and address key issues including that of alcohol which has been a bone of contention in recent years."

He added that “Liverpool City Council is extremely proud of its involvement in the Mathew Street Music Festival, but it feels like the time is right to develop the format and we strongly believe the Liverpool International Music Festival will have broader appeal and will be a popular replacement.”

Bill Heckle of Cavern City Tours said: “The old format of the Mathew Street Music Festival has been totally outgrown. Its legacy, after 21 years, is the Liverpool International Music Festival which will be a more mature and all inclusive event fully representing Liverpool’s vibrant music scene.”

The full program will be announced in May of this year.