The streets are decked with yarn. The light is fading. Somewhere in the distance a guitar is being tuned. We've known for a while that love is all around in The Baltic Triangle  - the street art even says so! But pull out from the scene and you'll see that the pavements are etched with the Threshold logo which can only mean one thing. It's 2013 and Threshold Festival is back!

The launch of the festival was the usual mix of positive chaos, excitement  and fire. The latter came from The Lemon Collective stage in Camp where a circus themed performance kicked off things in style. The evenings theme of escapism was written (literally) all over the venues as we were witness to Liverpool's best grassroots festival keep it's title for the third year running. 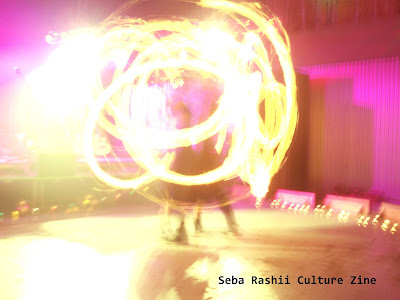 The most awe inspiring moment was  the fire dancing festival initiation from Bring The Fire. For a festival that lives and breathes escapism and cutting edge performance there could have been no better introduction. Across the venues the atmosphere was electric, with something exciting happening in every corner. The main venues of the evening were Camp and Furnace, with three stages alone of excellent music; The Picket with it's line up that included the excellent Bolshy, familiar to many from their eye catching street performances and Elevator Bar, where yarnbombing and music mingled effortlessly. 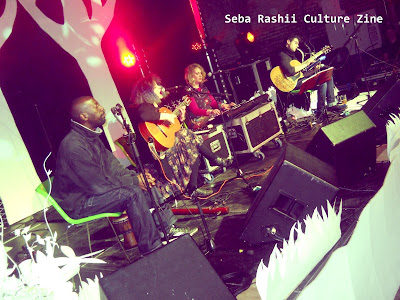 But the magical formula for Threshold is thus; 70% music 30% art. And the 70% mightily impressed as well. Among the highlights of the music were The 69 Watts at Elevator, whose muscular presence on stage reminded me of the barely there but unmistakable sound of New York punk. In a mellower but more industrial direction the Blade Factory had Wired to Follow and fans of the industrial vibe of the harder edged realms of music would have been in a perfect place here. The lighting and visuals combined made an addictive performance with a highly experimental but very listenable sound. On the same stage Kusanagi also caught our eyes (and ears) later in the evening.

Other stages also bore some pretty magical fruit with the most exciting of them being the Craft Creative Paper Stage. It was a joy to look at even without the various excellent bands including Avital Raz and the Chosen One with their story telling bent semi-acoustic songs and John Fairhurst's excellent set later on in the evening. Worthy of mention as well is The Roost, who entertained with their audio-visual treats and bands that that were just on the right side of experimental including So Sexual and Triphazard. 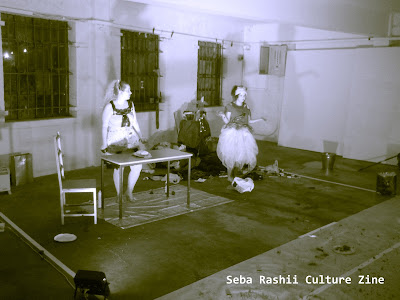 We also caught a special performance for International Women's Day of Squelch in Shoot Gallery, where laughter, delicious innuendo and cream kept an audience enthralled for the duration. Of course, there was lots going on all over the festival but we'd like to think that whoever created us gave us the power to split our body into pieces so we can catch every band. But considering that experiment remains to be proven we did pretty well to be treated to a first day of Threshold that takes some beating. Day Two here we come! 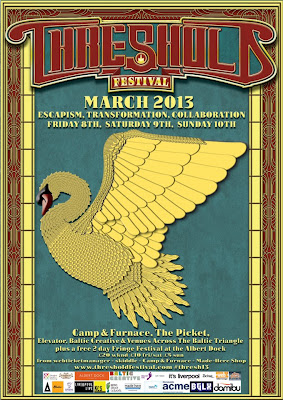