Music Review//Huey and the New Yorkers - The After Hours EP

Huey Morgan released a new album with his New Yorkers last year in the form of (the still on our digital device) Say It To My Face. it presented a more straight sound from the Fun Lovin' Criminals frontman and if you read our interview with the man himself you'll know it was his most personal record yet. As things go in sessions with musical associates who are also buddies, some covers were recorded. Originally released as an iTunes add on last year The After Hours EP gets a well deserved solo release here. 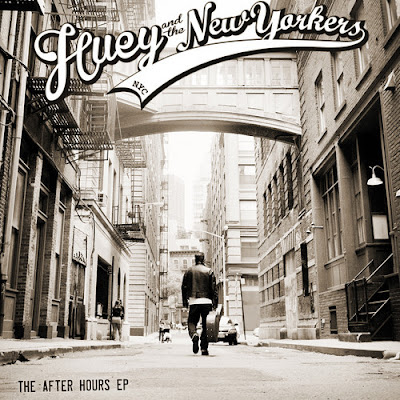 With five covers chosen by Huey and the New Yorkers themselves it's a short and superbly sweet (in the bleakest way) release that impresses. Opening proceedings with some licks of the ol' guitar is a powerful version of The Clash's Guns On The Roof, perfectly in tone with the themes Huey brings to the fore on the album proper of war and guns being something the world doesn't need. A great cover is followed by another in the form of The Rolling Stones' Doo Doo Doo Doo Doo (Heartbreaker) which makes a mellow yet funky statement riffing on the songs original version perfectly yet differently.

The always excellent and distinctive vocals of Huey add that indefinable charm to all the songs on the record and makes for an especially elegant jazz-funkified version of Tommy James and the Shondells' Draggin' The Line that seriously makes a case for the cover version being a good thing in the right hands. Even the oft covered My Funny Valentine (originally from Babes in Arms) has that edge over the competition and with a musical setting so subtle and bluesy and those vocals it's a serious treat.

Closing with a Dylan number, Don't Think Twice, It's Alright, it's an apt closer that somewhat mirrors the closing chapters of Say It To My Face in it's themes. After such a great EP the only decent thing to do to press play all over again and soak up the seriously cool vibes on offer here. Fun Lovin' Criminal or New Yorker - this man has a musical sensibility that is seriously cool!