It’s about time - and 15th career anniversary or not the return of the much discussed Shiina Ringo is heralded with this single, Irohanihoheto. But does it match the highs of career best? Only a listen can see… 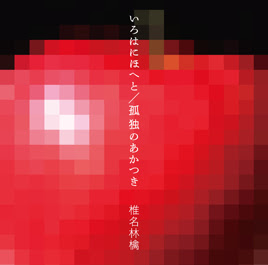 Those organ keys hark back to the b-sides (remember them?) of the early ‘noughties’ - or whatever you call that great unnamed decade - and the beats are just as you’d expect from the woman who famously sawed a car in half for a video and kicked a sheet a glass whilst dressed as an S'N' M nurse for another PV, only the fact this is a decade later is telling.

There’s a certain sophistication to the offbeatness the urgency of the music draws you in like an asteroid to a particularly welcoming black hole. The vocals, as unique as ever and the oft copied (but never successfully) mannerisms are all in place and it’s as if she’s never been away with another band for the past almost-decade.

Listeners in Japan will have already heard both the songs on the single on television as they are both tie-in’s for drama theme songs – Irohanihoheto on ‘Kamo, Kyoto e Iku. ~Shinise Ryokan no Okami Nikki~’ and Kodoku no Akatsuki on NHK E-Tele’s ‘SWITCH Interview Tatsujintachi.  The latter song is a slower, less frenetic song with a more traditional setting and vocals more suited to her poppier moments in Tokyo Jihen. It’s a good companion but the highlight of the two is the former.