Terror Bird - All This Time

The curious moniker of shadow pop is (Unlike many more recent genre describing verbs) extremely effective. Indeed, you can hear the cold landscapes of Terror Bird's native Canada in the music here and it’s that foreboding enchantment that vibes the most over the course of the album. The synth and key melodies are simple yet imbued with a plaintive beauty that lets the often bittersweet lyrics come out like they were meant to. 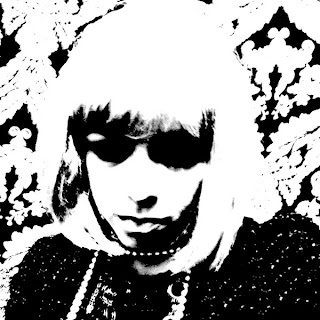 The monochrome album jacket sets the tone and with tracks such as the early-nineties Moby like (in production terms, at least) On Your Vacation it hits the golden road to excellence. There’s a liberating feel to the songs on All This Time and you can easily imagine sending a care free, fuck the next morning style mellow night on the town with your favourite people with this music as your soundtrack. Synth can sometimes be an oppressive thing but there is warmth here that makes you want to embrace this initially cold music fully.

The title track features a trip-hoppy industrial rhythm mixed with the aforementioned warm synth tones and it’s in these melodies it shines. The harmony vocals also add much to the scene and it would occasionally be nice to hear them without the beats accompaniment. There’s a gothic vibe to Locket, small doses of pop melody mixing with the key board lines drawing you into the song. The chorus, with its constant repetition of ‘now it makes feel sad’, brings a certain melodrama to the musical masterstrokes and it’s a definite highlight.

Lust and Violence begins a gothic drum and bass line fuelled journey to the end of the record and it’s a thrilling one indeed. As the song says, ‘lust and violence go together – and I won’t try to stop you’ and it’s this sentiment that echoes in the dark tone poems that constitute the background instruments.  The whole album feels like a product of now but there are elements of the mellow trance scene from the early nineties and the emo/goth sensibilities of bleak but melodic songs.

This album is a grower and it most definitely is a worthy listen for all you like their music cool but very collected.