A friend of the Zine’s has a term for social media that makes us laugh often. That term is ‘anti-social media’ and it’s arguable that just as it has connected us to the rest of world in one fell click of our touch screens it’s also taken us away from our neighbours. The validity of that opinion is in the testing and on that basis it’s entirely situational. In case you’re wondering what this has to do with a punk band based in Los Angeles it’s how we discovered this album! For once social media is not the enemy – cool music is never the enemy! 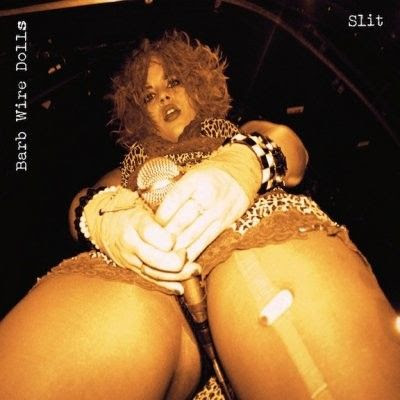 The album Slit is a cool slice of out and out punk riffing on life and all its problems and revolutions and thank fuck for that because someone needs to be talking about it! There are definite political elements to the album, notably the very first words on the album asking ‘who’s the power – who’s the slave’ then noting ‘who pays taxes every day?’ and that’s all part of the power of the album. Punk was never meant to creep behind you on its tip-toes with a quiet manner after all and when the band jump on the listener with primal sounds of opener Revolution the tone is set.

Dirty riffs follow head spinning drum solos and the vocals are never short on power and always right in your face! Punk has developed an artier edge as the decades have progressed but the band have stripped away those vices and produced an album that does what it says on the rusty, blood stained tin. There’s punk attitude in every track and the song titles alone tell you what’s going on from the statement of intention opening track Revolution to the perfect Shut Up Slut. Tell me who hasn’t wanted to say that at some point in their life?!

Elsewhere we get the stripped to basics Wild Child Diamonds and the low key but effective Devils Full Moon with highlights including the cover art’s playful tease at masculinity and the never over blown production that ensures you enjoy this album a whole lot more. Fans of Iggy style Punk will be in familiar territory here!