It’s a boom year for fans of the Purple Yoda this year as a single, this time a Prince featuring credit, goes up on 3rdeyegirl.com. 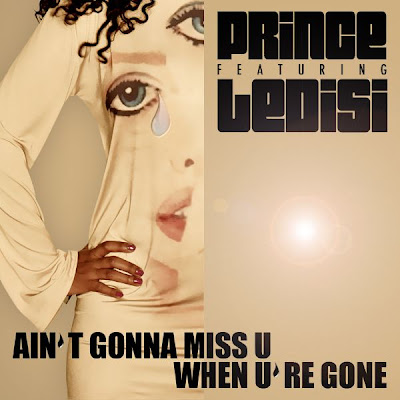 There’s a return of the Camille type voices in the funky mix and the fact it sounds like nothing of the modern times is all for it. Prince has always been a timeless performer and this song takes a funk base, with a pinch of electronic and dub, to create a recipe well worth your 88 cents. Ain’t Gonna Miss U When U’re Gone is something unexpected for the  listener, with his most recent appearance being on the 3rdEye Girl single Fix Up Ur Life in a rock guise.

This return to the eclectic sound of his best mid nineties work is overdue, even if there are those who say that wasn’t his best. The backing vox from Ledisi are a good complement to the song and this song could be heralding that much awaited new record… or could it? With so many non album throwaways, which are often gems, Prince is always one to keep you guessing and we’re just glad to hear that the funk can always be relied upon even if it isn’t always up there with the best of the vast catalogue he’s responsible for under many aliases….