When David Lynch released his last solo album Crazy Clown Time in 2011 it was received in much the same as his films. It’s beautiful… but it’s crazy. And whilst some take a negative stance on that we certainly didn’t. It was one of our highlights of 2011 and still hits our CD deck regularly – weird is definitely something we should expect from the man who drinks coffee like water. 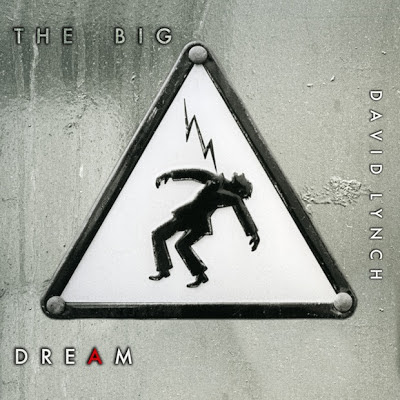 And just as fine coffee grabs our attention with little effort so does fine music. The follow up to Crazy Clown Time is The Big Dream, with a distinctly more stripped down feel than its predecessor.  Taking its cue from subterranean blues the record takes a subtler approach with the guitars down low in the production and the vocals on the quietly creepy side.

The torturous tension that burns beneath the surface is tangible and the visual impact of the album pays off handsomely. Its cover art depicts a man being struck by lightning – apparently a representation of a sort of dark happiness according to Lynch and it’s an effective visual key. The record does feel like a long dark moment of the soul set to music almost like a road trip into the dark consciousness of its author. But would we expect anything else from David Lynch?

Set to visuals it makes an excellent proposition. Lynch’s primary art is film and it’s obvious from the visual impact of the music. The lyrics paint a hazy, fog tainted picture where nothing is quite clear and taken as a whole it’s very palatable experience. Where Crazy Clown Time took elements of a number of genre’s and forged a record that was occasionally over long – but never the less brilliant – the stripped down blues element at play here serves the twelve tracks perfectly.

Lynch’s voice is as unique as the person who owns it and on many of the track he surpasses the performances on Crazy Clown Time. Our personal highlights include (the non album track) I’m Waiting Here, featuring Lykke Li and Star Dream Girl. And unlike Crazy Clown Time it is perfectly possible to listen to this in one go – from beginning to end.

That’s no bad thing by the way – but an evolution is always a good thing. True – we loved the contents of ‘Clown Time but we love ‘Dream from beginning to end. May Mr Lynch make many more albums say we!