There is a seemingly inevitable eye roll that comes with the word ’reissue’ being mentioned in connection to an album but in my view that’s just pessimistic.  Especially so when you’ve never heard the music before when it could be your next non-stop player, which is definitely the case with this reissue of Craig Wedren’s 2004 dance project Baby. 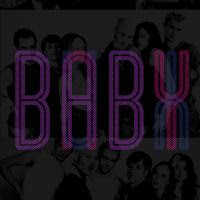 Anybody with a love of music from New York will know that disco is one of the many forms of music that is often associated with the city and Baby takes some influence from that ever popular scene. With beats aplenty, warm synth harmonies and the odd guitar riff this is certainly an entertaining listen.

Many of the tracks clock in less than three minutes thus creating a slim but satisfying listen. Rather than being a collection of fast beats and lyrics of the throwaway variety it’s the exact opposite.  The words are audible, always important for a Craig Wedren project as his lyrics tend to be very good, and the music is produced in a manner more akin to a funk record. The songs are measured, with a continuous flow and various vocalists giving this the edge of a straight out record of the genre.

Highlights include the golden harmonies of Free Los Angeles, the funk like grove of Soft Feminine Boys and Get Your Body, with its guitar breakdown impressing particularly. One of shortest tracks also works well too, Cut You Up infusing rap into the mix as well as a guitar flavoured final coda that really pleases the ear. In short, an album well deserving of finding new ears via this expanded reissue!