Terry Pratchett once wrote of the power of the edge – between night and day, light and dark, today and tomorrow. The edge's power – and its danger – derives from the fact it can shift so quickly. The edge is attractive; the edge is messy. The edge is where the excitement happens. The people who live on the edges can wield incredible influence over that boundary. 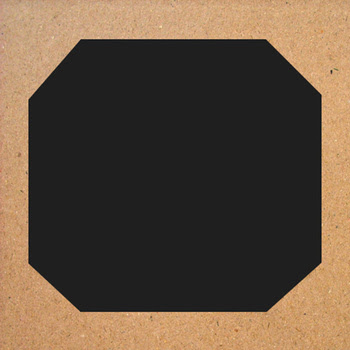 Brighton trio Us Baby Bear Bones exist on the edge. In their case, the edge in question exists between pop genres, which may lack some of the raw danger of the magical borderlines of Pratchett's Discworld, but otherwise the rules still apply. Will their r'n'b-tinged electro-dream-pop be part of a vanguard of a new movement, or will they be tossed aside by an uncaring music press?

First track 'Mountains' is a ferocious opening argument, its hushed guitar intro heavy with portent, a full forty-five seconds of valve overdrive and electrical hiss. The malevolent transcendentalism is strong enough that, when the track proper kicks in, it comes as something of a shock. Shimmering synths and programmed beats ramp that guitar motif into some kind of Brutalist construct, all hard lines, reinforced glass and exposed metal skeletons. Into this, Daisy Emily Warne's voice pitches heartbrokenly, at times harmonising dispassionately, at others achingly alone; “I want to/I want to/I want to/forget” she intones, longing to shrink and spiral out of this world and into the release of oblivion.

WSWAUEWAI carries an odd conceit in its tracklisting; of its five tracks, the first and last reference geography ('Mountains' and 'Swamp'), the second and fourth weather ('Sun' and 'Rain'), and the central track is addressed directly to the listener ('You'). It'd be too much of a stretch to say that the mimetic concept is embedded in the music, but there is a sense of compare-and-contrast across the record.

'Sun' is, for all its bleakness, a more upbeat track than its predecessor (not that that's saying much, but still); in the hands of this trio, “this is the east and here is the sun” manages to sound like the least welcome prospect imaginable. There are still moments where the sheer oppressive weight of heartbreak threatens to crush the song into the ground, but it just about manages to drag itself out of its torpor.

'You', as befits its central and singular position, seems to be the fulcrum; the portentousness evaporates, and the sweetly-struck melodies of a glockenspiel and gentle hum of a harmonium provide an exquisite counterpoint to the rapid-fire vocals and rumbling drumbeats. There's a distinct change in the lyrical tone; the heartbreak has lost its naivety, become more bitter – “Open my heart, fill it with dirt/the filth of this forest is better than you”, spits Warne, before the track dissolves into a mournful cor anglais and more tinkling glocks.

'Rain' echoes this sentiment, blowing in like a cold, gentle breeze with the line “rain, oh rain/I'm going your way, I'm going your way”. The imprisonment of 'Sun' has given way to wanderlust; there is a sense of rebirth, being “burnt down and rebuilt”, rising like some kind of inverse phoenix from the dampened embers. There's a hardening, too; the sense of vulnerability has vanished.

And so, at last to 'Swamp' - and a climax of sorts; Those hoping for a happy ending to the record's miniature psychodrama will be disappointed; the overwhelming sense is of an almost nihilistic detachment, the natural end result of the sheer pain that opened this record.  Warne pleads “take me to the swamp/leave me to drown”, her voice almost vindictive in its resolution.

WSWAUEWAI is a difficult record to pin down, and in some respects a difficult one to listen to. It's a challenge worth persevering with, though – these songs and their stories are deeply compelling, and it will be interesting to watch how this band develops.

Us Baby Bear Bones might just be on the edge of something big.