Music Review// Terry Malts - Nobody Realizes This is Nowhere

A big sound, a voice that booms into the ears of the listener like some manic street performer and if only every street performer was like Terry Malts! The cover of his recently released album Nobody Realizes This is Nowhere says much and once you get to the music it says even more. 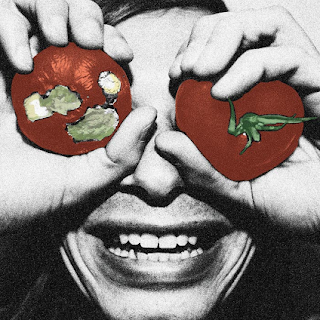 The punk credentials are on full display from the short and sweet guitar chord thumpers and although it’s never something a reviewer wants to do too often we have to say that this album is one that seriously verges close to perfection. We’re sure, judging by the sentiments echoed semi-seriously on various songs here, that Mr Malts would agree that perfection is a rarity and arguably the only complaint here is that it ends just as you’re getting into it.

Anthemic and electric are the key words here and while we’re at it we should say that this isn’t punk as you might imagine it. There’s a sheen that doesn’t cross the fine line into disengaging and stays authentic and the short nature of the songs is one of the key factors here. They’re Feeding clocks in at just under two minutes and the battle between chords and drums here propels you into the mix so easily you forget you’re not in the room with them thrashing away.

Even the alarm clock that opens the album feels like it is right next to your head before the drums kick in for opener Two Faces. This is punk at its most engaging – a sound that energises you into action but doesn’t try to rip your ears apart for no other obvious reason than for the sake of it. It is rough edged, electric and above all addictive. If the opening chords of the slamming anthem Human race don’t get your feet tapping away you must have something wrong in the cerebral cortex!

But music like this is best appreciated in your own time, over a good pair of head phones and a very strong beverage. The playing is accomplished; the performances exacting and the sense of humour viciously sharp. (“Motherfucking food eater!” on They’re Feeding) This music is to be ignored at your peril – it’s an addictive listen with chords that mesh with your inner taste maker and make you seriously want to spread the punk gospel!