Way back in 1982, when the Europe was divided between East and West and the mighty behemoths of the USA and the USSR had enough nuclear weapons pointed at each other to destroy the planet several times over, Raymond Briggs produced a comic called When The Wind Blows showing an old couple dealing with the catastrophic end of life as we knew it.

This “what if” view of the world was terrifying and tragic.

Fast forward thirty-odd years and the world is a very, very different place. A place where the new threats are terrorism and cyber-attacks; attacks like the one that takes down the National Grid in Channel 4’s Blackout for five days that see Britain descend from civilisation faster than you can re-charge an iPhone.

Seen through the camera footage of some key players we see humanity at its best, but more often at its worst. 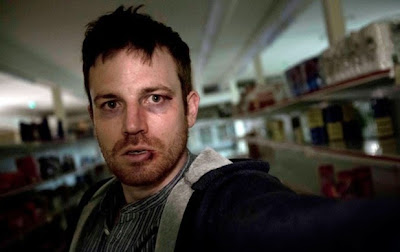 We see a couple of mindless idiots escape from a lift in Southport attempting to get home and leaving a trail of awfulness in their wake. They go from robbing vodka and Ginster’s pasties to the destruction of a transport depot with a gleeful “Oops, sorry mate!” willfully oblivious to the consequences of what they’ve done.

Through the lens of the (understandably) irritating Chloe as she watches her brother in hospital following a devastating car crash, we see the strains faced by the NHS to keep people alive and face the most dreadful of choices – who do you save when your resources are running out?  You can’t help but think that Carl in his coma is the lucky one.

The true horror at the heart of the programme is shown through the story of Andy. Starting out as a chirpy, middle-class survivalist vlogger prepared for any eventuality with his vegetable garden, generator and poo bags, the only thing he didn’t plan for was people. Seemingly more interested in being right than in the welfare of his increasingly troubled and sick family, Andy ends up clobbering a man to death in the local Kwik Save just as the power comes back on.

It’s hard to empathise with many of these characters, including the annoying Laurie and daughter JJ as they set out to rescue nana from her Sheffield high rise. Picked up by the tag-wearing Mark, you start to feel Laurie’s mounting paranoia as she tries everything to reach her old mum.

But this is where your faith in humanity – and your perseverance with Blackout – is rewarded as we see that Mark may be a criminal, but he’s ultimately a good guy. We also see the best in people as nana’s neighbours have looked after her for the five days it’s taken Laurie to reach her; even berating Laurie for knocking down her mum’s front door.

The big question you ask as you watch Blackout is “What would I do?” Would you be the mindless dick with no thought to anyone else? The right-on murderer? Of course, you want to think you’d be the good neighbour and not the idiotic looter robbing a flat screen TV during a national blackout, but are you sure about that?

Channel 4 has painted a sometimes bleak, sometimes uplifting drama that will be talked about for quite some time, I think. But Like Briggs’s When The Wind Blows, hopefully in thirty years we’ll be looking back at Blackout not as a “what if”, but with fond nostalgia at a sweetly disturbing “never was”. Hopefully.

And if you think it couldn’t happen, look what I got when I tried to access the Government’s Preparing yourself, your family for emergency guide straight after Blackout ended. 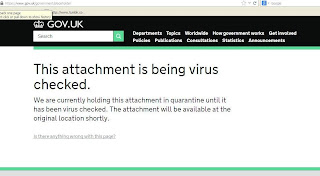 Makes you wonder.  One thing’s for sure – I wouldn’t fancy being a Disaster Recovery Manager at the National Grid tomorrow morning.

Where was the help from other countries? Surely Britain would not be left to fall into chaos by a watching world. Surely not.

Five days stuck in a pod at the top of the London Eye? Why did we not see what happened to those people?

What happened to the goldfish?