You may have guessed it from the scenes of illuminated streets full of traffic and people shown frequently during this eye opening documentary but Japan has problems. Just like any country, you might say, but this is a unique problem. Simply put, one quarter of its population is over 65 years of age and with children getting fewer and fewer for various reasons the county’s population could shrink by one third in the next fifty years. 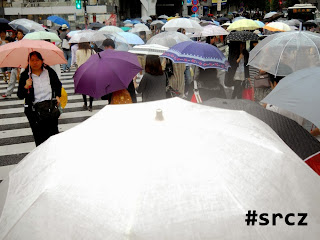 Amazing statistics perhaps – but life is not about statistics, even if they can be quite juicy on occasion. This first entry in the This World series was fascinating to watch for this reviewer – especially considering the time I’ve spent there in previous years and even more so because it took a rare trip out of the city into the small town area that hold much fascination for this reviewer. But on this occasion it was not a wander through an incredibly scenic rice field or ancient site but a visit to the youth population depleted; zero birth rate, ex mining town of Yubari where we met some of the older but very spritely residents who remember when it had a population way above its current ten-thousand.

It was sad to see a once populous location dying slowly but if you’ve ever lived in Japan, as I have, then you’ll know that the action takes place in Tokyo’s neon centre, with copious shots of Shibuya’s ever crowded main crossing making very illustrative viewing. But if you’ve been stuck on Regent street, wandered around Tottenham Court Road or braved Piccadilly Circus you’ll know little different in terms of crowds. But in terms of juxtaposition, it was apt.

Shibuya is well known as Tokyo’s youth centre with any number of fast food stores, clubs, bars and record stores of every variety to enjoy as well as a thriving street art scene and reputedly the busiest Starbucks in the world to enjoy. (The latter was not shown, but well worth noting for fact fans!) It would difficult to say that young people are dying breed by any means – for a start it’s almost a false description. Youth, in relative terms at least, indicates enjoyment and that could be a factor for the lack of children as presenter Anita Rani points out at one point.

With so many distractions from real life relationships, from manga to anime to the curiously creepy but completely asexual virtual girlfriends two men share with the presenter in (what for most people) is a strangely unembarrassed manner - why would they need to meet a real woman?  It’s a question that could be answered in many ways but it’s not something confined to Japanese culture – merely one that is exemplified by the extremes of society in one that still retains some very traditional ideas that can only hinder its social development. Many women effectively retire from working life after getting married and giving birth and those that don’t do either of them likely have no interest in doing so.

Even with these quite intriguing circumstances you can’t help but get the feeling that the older generation of many countries could learn something from the active and very healthy ‘pensioners’ we meet who may be anywhere between their late fifties and one hundredth year but there is still a smile on their face and a stride to their life that is truly inspiring.

But as the documentary reveals with ease, Japan is not an easily accessible culture for outsiders - which has its own pitfalls and advantages for sure. This window into the exciting and multi-faceted country that houses many of the things we consider cool, exciting or futuristic is certainly unique in its reveal that in fact there is a human face to all the endless neon screens and technology and it may surprise many to discover the knock effects of these advances in the face of the emotional development of society.

You may think social media is changing the way we interact but it’s nowhere near replicating the unique social factors Japan finds itself against.

The verdict: Excellent documentary – with a title that lets it down.