CoverART #2: Nick Cave and the Bad Seeds – Push The Sky Away

When many people saw the sleeve for Nick Cave and the Bad Seeds 2013 album Push the Sky Away they were struck by one thing. For many it was the naked sight of Nick Cave’s wife Susie Bick on the monochrome cover stood opposite the man himself in a curtained room. 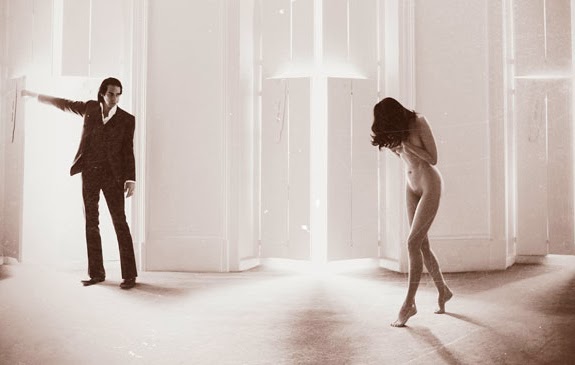 But Push the Sky Away is an album that concerns itself with much more than pointless nudity. This is an album that sees a stripped down sound creating one of the most beautiful and literate albums you’ll hear in run of good years. Visually it sees the usually untamed wild elements of the bands creativity subdued. The simple but message filled cover art is indicative of the complex yet subtle direction of Push the Sky Away.

What is outside the window being opened that makes Bick’s character cover her face? Above all, why is she nude you may ask? There is much to thought about from such subtly conveyed art and much that will be said.

Despite the mellower tone of the music there is still the dark undertone of a classic Nick Cave album and it bites even more with the words easier to distinguish. You can read the lyrics alone as a form of poetic novel and the imagery just adds to the layers of poetry found on the record. The world may be going ever more digital and music increasing out of the physical realm but here we have a reason to embrace the physical format once more. 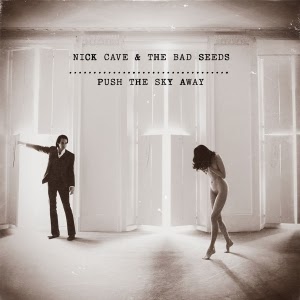 The elements of the visual are all deliberately in place. To the untrained eye this merely a photograph of two people in room but it is much more than that. Shot in the couple’s own bedroom by photographer Dominique Issermann we may be seeing Nick Cave opening a window per chance to illuminate the presence of his partner but listen to the album and its dark structures and you can find much more than the first impression this iconic album cover first shows.