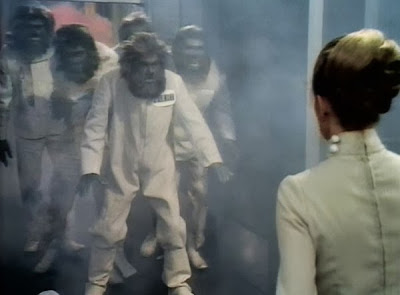 Inferno (1970)// Alternative universe theory is something that you’d think would have been explored much earlier than the tail end of Jon Pertwee’s first season in 1970. Inferno sees the Doctor travel sideways in time into a parallel version of Earth where UNIT are somewhat different than their normal role. The Brigadier is now the much brusquer Brigade Leader Lethbridge-Stewart, eye patch and Liz Shaw is Section Leader Elizabeth Shaw. With the UK under a Dictatorship, everyone is markedly different as a drilling project looking for new fuel goes very wrong for the crew of the parallel world.

Oft stated by Nicholas Courtney, who portrays the Brigadier, to be one of his highlights of the show, you can see the cast working to give the audience a very different rendering of their regular roles. Being evil is almost synonymous with parallel world narratives – but here it’s done well and even if you weren’t a huge fan of the show it’s easily possible to enjoy it without too much knowledge. 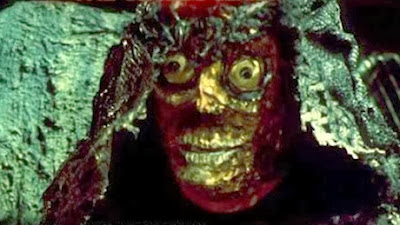 The Deadly Assassin (1976)// After the departure of long standing companion Sarah-Jane smith in the previous story, The Deadly Assassin acted as a experiment to see if The Doctor could really, as Tom Baker claimed, carry the story without a companion. It is the only time in the original run it would happen. But despite the absence of the companion we’re treated to a more than worthy solo adventure on the Doctor’s home planet of Gallifrey. Presaging the scrolling intro text of Star Wars by a year, this story sees a very similar introduction voiced by Baker open the first part. We also see the secondary control room in the Tardis, with its quite cosy looking wood panels to boot.

Whilst in said place, the Doctor has a premonition of the death of the Time Lord President and soon finds himself back on Gallifrey to try and avert it. With a brilliant script from writer Robert Holmes and a (admittedly, only occasionally thin) design value that impresses we get the first mention of the much discussed, debated and endlessly played with rule of thirteen regenerations. The start of trouble or another thing entirely - It’s hard to say until we’ve seen the 50th Special just what will happen to that rule.
But with Tom Baker in fine form, a script built to last and a killer third episode The Deadly Assassin is excellent viewing. 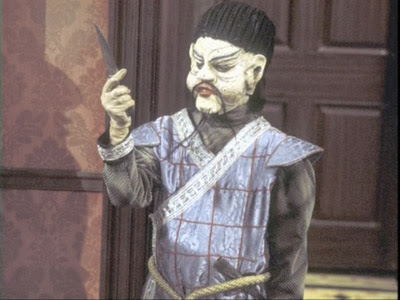 The Talons of Weng Chiang (1976)// In this story, featuring the ever reliable (even if the script was not – which is not the case here!) Tom Baker and his recently arrived companion Leela and it’s an instant, infinitely rewatchable classic. Talons’ though is in some ways distinctly un-Doctor Who in many ways. That’s perhaps why we like it so much; there are only so many wobbly sets and shouty robots a person can take and here is the perfect intellectually stimulating yet very silly antidote to that.

As Tom Baker foreshadows a later foray into portraying Sherlock Holmes with his deerstalker and pipe, constantly delivering those witty lines he is known for with a wonderful wit there is murder boiling The titular Weng-Chiang and his frankly creepy assistant Mr Sin are collecting ladies to feed to their master, resident in the sewers beneath the city in a rather excellently designed lair. Of course, the Doctor soon get s involved after a meeting with a still unconvincing giant rat things move at a pace.

The script from Robert Holmes is taut, witty and gives the serial format of that time a good use. With the main cast getting great words, the supporting cast are also well provided for. The sheer malevolence of the idea of Chang hitting the streets to pick up ladies for his masters sustenance is straight out of the gothic pages of Hammer Horror film and if you saw Mr Sin stalking you down a dark street with that blade in his hand you wouldn’t be too keen to hang about. The fact that Deep Roy, the only actor to have appeared in Doctor Who, Star Trek and Star Wars as well as a very creepy turn in The X Files, portrays the evil puppet so well is just icing on an already very filling cake. 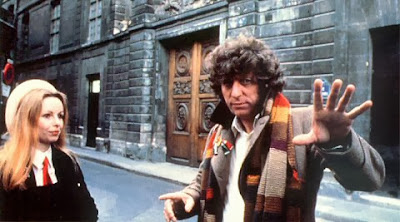 City of Death  (1978)// With some of the highest audience figures for any era of the show, City of Death is another Tom Baker serial that sparkles with wit and invention. Scripted by Douglas Adams under a pseudonym this beautifully scored, beautifully shot on location in Paris and much recommended story is one not to be missed. Throwing together the art world with crime and time travel is a daring narrative feat but one that is handled delightfully.

The true beauty of the story though is found in the location of Paris.  As we see Tom Baker and Lalla Ward running merrily around the city and enjoying the life of a tourist on the Eiffel Tower we see how the location can bring out the best in the cast. Add in the very romantic incidental score and you have something to savour. There is at one point a cameo from John Cleese and Eleanor Bron extolling the beauty of the Tardis in the Louvre . The guest cast too, Julian Glover and Catherine Schell shine, their dialogue and surroundings perfectly adding to sophisticated sheen of the script.

There is a story, of course, but even if it often quite inconsequential to the sheer wit and beauty of the script  it needs to be seen rather than read about. All we’ll say – the Mona Lisa is hiding something behind her smile… 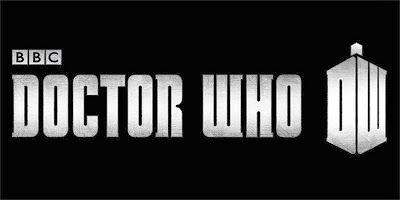