Earlier this year we were lucky enough to be present, almost on the front row in fact, at a popular Q and A session with Sidse Babett Knudsen, star of the highly engrossing  - and soon returning to BBC4 - Borgen. 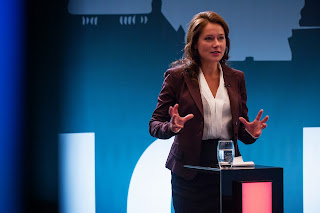 You can read more on our exploits at the festival it opened, Nordicana, in our report from the event but anybody who loved the sophisticated human-political drama of the shows first two series will be eager to find out what happened after Birgitte called an election at the end of the second series. The soon to be broadcast third and final series will show us all of that and more and after numerous ‘rewatching’ sessions of the show we can say we’re ready for more.

But why is Borgen, unlike much of the quality drama emanating from Denmark’s DR production offices, having this much of an effect on viewers? On an international level the show is still getting a bigger following and with many territories gearing up to show or now showing the final series it’s obvious that there is something in the show that gets viewers in the best place – the guts and the heart.

Politics should never be so sexy, gripping or even emotional but in Borgen we have all those sensations and more. We see the media and the political machine collide and interact and witness all the relationships in between. Centre stage is the Prime Minister, Birgitte Nyborg, and as she assumes the highest role in the country we witness her life change in many ways – some leaving a distinctly sad tinge to events. Her staff includes the reclusive yet flirtatious Kaspar Juul, a complicated person in a complicated role as Media Advisor to the Prime Minister. In turn we meet Katrine Fønsmark, ex-girlfriend of Kaspar and anchor on the main news reporting on the politics and news of everyday life and the drama begins.

But the essence of humanity and the balance of being in public life and service is what draw you into the lives of the characters rather than the politics or glamour. Perhaps if this was a product of British drama the emphasis on bitter political rivalry and higher trappings might overshadow the essential emotional core of the drama – but here it doesn’t. Denmark is reportedly the happiest nation in the world and when you’re happy surely elegant scarves and beautiful domestic furnishing is just one aspect of the whole spectrum?

But whilst one culture may fix on the decoration (as undeniably desirable as it is) – another may pick up on the fact a woman is the Prime Minister. This is certainly one of the discussion points in the UK viewership – and during the aforementioned appearance at Nordicana it was discussed that the themes of the series are actually related to the idea that anybody can do anything in the perfect society – and that is a very valid point in this turbulent age of ever growing inequality in the world.

Borgen is many things – an addictive drama, a message for life, an affirmation on the values of a truly great society and more besides. That is truly what sets the show apart from the slew of Scandinavian dramas making their way to our screens. They may be excellently produced – but with the exception of its cousin Forbrydelsen it’s the only one to truly bring the characters to the forefront and let their experiences in life educate and offer hope for us all.

Borgen III will be broadcast on BBC4 from November 16th at 9pm. Look out for more on #srcz closer to the time! 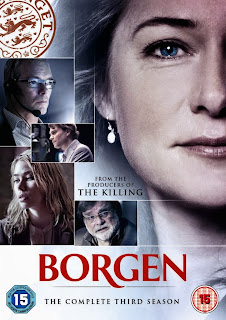