Culture Focus//Doctor Who 50 – The Night of the Doctor 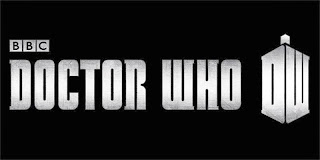 The news was out of something special, unexpected even, for the prequel to the long awaited 50th Anniversary special The Day of the Doctor. And it was certainly both – with the return to the screen of the Eighth Doctor Paul McGann for a seven minute minisode that reveals just how he came to become The War Doctor, as played by John Hurt.

There is much for fans (especially hardcore) to get their teeth into and although there’s a slight chance some newer viewers may be somewhat confused it’s still an entertaining introduction to the movie. The first line he utters is clearly written to be echoed around the halls of fandom with a justified pride – and will have those who denounce executive producer and writer Moffat reassessing him instantly. 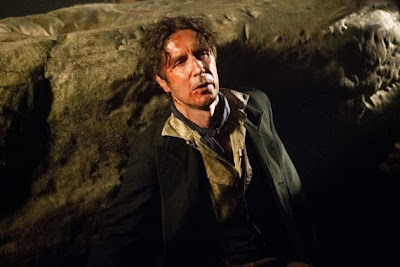 “I’m a doctor, but probably not the one you were expecting…”

The wishes of the fandom to see just how the Eight became the Ninth are gratified here – and although we know that seven minutes will never be enough to make up for just one appearance in the telemovie way back in 1996 it was definitely a rewarding seven minutes. We see much of relevance to the show, past, present and future – and even an official recognition of the intervening audio plays from Big Finish.

But what do we learn about the series? If you’re not a hardcore Whovian you may be completely unaware of the past of the show – and here at #srcz we may not be hardcore but did spot many references to the past. From the returning Sistershoodof Karn from way back during the time of the Fourth to the subversion of the TARDIS from a perceived place a refuge to a war machine.

The question of just how the Doctor’s limit on regenerations is also possibly answered – with the Eighth’s lifeless body revived by way of a potion provided by the previously mentioned Sisterhood of Karn.

With the line above we see just how The War Doctor came about. With the change not having to be random and the Time War raging across the universe, The War Doctor becomes a reality from the grim realisation that death us close and the universe needs saving.  Just what will be seen in the The Day of the Doctor? Will we see more shots of McGann? Or, as rumoured, will we see even more cameos from the surviving actors?

On the strength of this all too short minisode we can tell this much – there is much to be discovered on seeing The Day of the Doctor. It would have been nice to see this as part of the film itself in all honesty but it may be there is a method to the slow drip revelations that Moffat excels in. We got our missing regeneration here – but that leads us to another bridge that has yet to be crossed – from The War Doctor to the New Series’ war guilt stricken Ninth. Will we see it? McGann denied his involvement heavily – so can count in Christopher Ecclestone having done the same? Only time will tell…