Catch Up // The Tractate Middoth (Directed by Mark Gatiss)

M.R. James adapted by Mark Gatiss. How did this not happen sooner? We all knew of his penchant for the spooky what with that series on horror films he produced for BBC4 a few years back but with an adaption of James’ famed horror short story (and an accompanying documentary looking at the authors work) he certainly excelled himself in this particular genre. 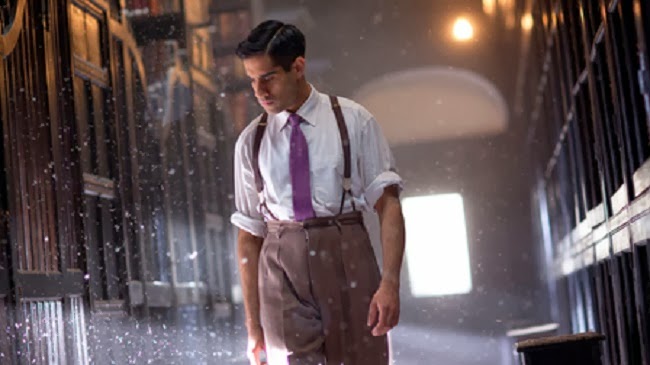 With little else to tempt the mind on Christmas Day this directorial debut from Gatiss was a welcome slice of horror to cut through the glut of seasonal cheer invading our screens. Filled with familiar faces from the writer/director’s recent career including Sacha Dhawan, Una Stubbs and Louise Jameson it was an already impressive cast.

The story itself, developed from James’ original short story, is a thin one but effectively recreated here in this just over half-over long adaption. Indeed, very little can be faulted in any major way as it exists precisely to be vague and somewhat scary. The joy of horror is thus. We may question why a dark house or corridor is even entered into against all logic that says the opposite but we don’t complain too much about it either way. When the monster/murderer/vengeful spirit/other (delete as appropriate) finally makes it way into sight it’s the pay-off we all want and we certainly get it here.

When we first catch sight of the entity (to our mind’s the ghost of the evil uncle preventing the book’s removal) we see it’s eyeless, tooth prominent wizened face and it’s subtly (i.e. just enough) weird enough to chill you down the spine. As we piece together the fragments of story you are able to make your own conclusions as to what has gone on and that is just right for a one shot drama such as this.

Horror should never be too defined in its parameters and in this fine adaption of The Tractate Middoth there is just enough uncertainty and tension to keep the viewer on the edge of the seat. Mark Gatiss has often been criticised for his seemingly under boiled scripts for Doctor Who but perhaps that is an unfair criticism. We see here that his style of writing finds its perfect place in this genre of storytelling. We know he can do dark comedy, real life based factual drama and very subtle science fiction but we now know that there is hope he will produce more work in the vein of this well directed and tightly scripted horror adaption. More please!