Last night on BBC 4 the final episodes of Borgen broadcast. For those who loved the show it was a revelation – intelligent television on a Saturday night with not a sight of a flashing neon light or sarcastic quote from celebrity panelists to lower the tone. But beyond that assertion, Borgen itself is a triumph in television entertainment. 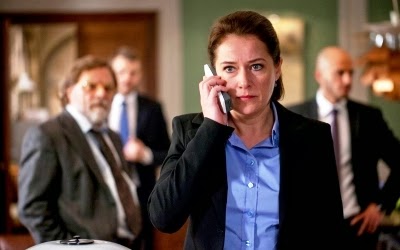 With a base in that oft-assumed conversation killer that is politics we were transported behind the scenes with lead Birgitte Nyborg, fighting for election, winning, becoming Prime Minister and finally fighting to get back into politics with a new party. But if that seems dry, it’s not at all. As with any career, there are highs, lows, elations, triumphs and downfalls. We see all of these and more over three series that keep up the high quality virtually all the way.

But what has Borgen actually taught us in terms of television? Certainly, that subtitles are not a distraction when the drama transcends language itself. On BBC4 at least subtitles are no threat to enjoyment of a television show. We’re used to films being subtitled – they’re usually a one shot, with no need to get too attached to the events. But with a series that unfurls over ten 60 minute episodes that concerns topics many shy away from for fear of showing their ignorance it’s a hard sell.

By being very broad in its contexts and showing the personal consequences and strains of being in politics Borgen draws you into the maze of drama and media appearances and makes you believe that this is something beyond the fantasy constructs of many series. This could be real – it could be you! It’s often said that relating to a politician is a hard thing in our culture but is that really the case? We’re all human at heart and the mind is what makes us who we really are principally and ideologically.

The fact that the series struck the world in such a way is testament to many things; Most obviously the skills of the cast. Sidse Babett Knudsen, whose portrayal of Birgitte is faultless even when the series veers off in somewhat unlikely directions in the final series, is an obvious example. But the key to a well developed show is how the background cast are portrayed and it’s true to say that everyone from the show was given a good chance to shine. The crew at TV1, the children and everyone in between are all believable, well rounded characters that serve to make the show a true ensemble drama.

But above all we’ll miss the show because it showed just what can happen when you do what your heart dictates rather than what society says is right. True, the type of person who enters politics or the media is already most probably a very motivated person as they are very vocational careers but how many shows can portray the personal and professional side without tainting the job itself? Not many.

Perhaps it’s apt that the show’s creator, Adam Price, is a renowned chef in Denmark. This is drama that is crafted as a fine cuisine, each drop of flavour made as special as the next and always pleasing to the palette. Indeed, it would probably be very expensive meal indeed –priceless, perhaps, in its nutritional values. Borgen is television that stands above the rest, nourishing the heart as well as the soul with a hope and determination that few others can achieve.

Series three may well have been the final (and arguably, the most experimental) but it could have continued so easily with Birgitte in her second home, the Borgen. In future years this will doubtless be a benchmark of quality in television that will be heard to beat.

So long Borgen, and thanks for all the drama, interior décor fascinations and life affirming performances…

Words by Sebastian Gahan. Make sure to read our Borgen III catch up features as well!