I didn’t start playing music until quite late – I was into my late teens until I actually picked up my Bass and started applying myself properly. I was (and still am) into progressive stuff: Pink Floyd, Yes, Tool and Mastodon etc.

My family were supportive, paying for lessons with a local teacher and my skills gradually improved and I began playing in a few local Bands, nothing too successful but I had a lot of fun and the desire began to take shape, as it does for so many musicians: of playing music for a living.

By this time I was into my 20’s and I had already settled down with my soon to be wife. She was also supportive, but she wanted stability – for me to bring home a steady wage, for us to make a life together. I love her, and I wanted that dream too so I buckled down with an office job, playing music in the evening and keeping the dream alive as best as I could.

Over time, none of the Bands really worked out. I tried my hardest, but the usual issues of ego and commitment came up. I was part of a few Album releases and my Band was signed to a small label once. However, certainly nothing to keep me away from the day job – my now wife was pregnant and although I hated my job, it was bringing in a steady income. 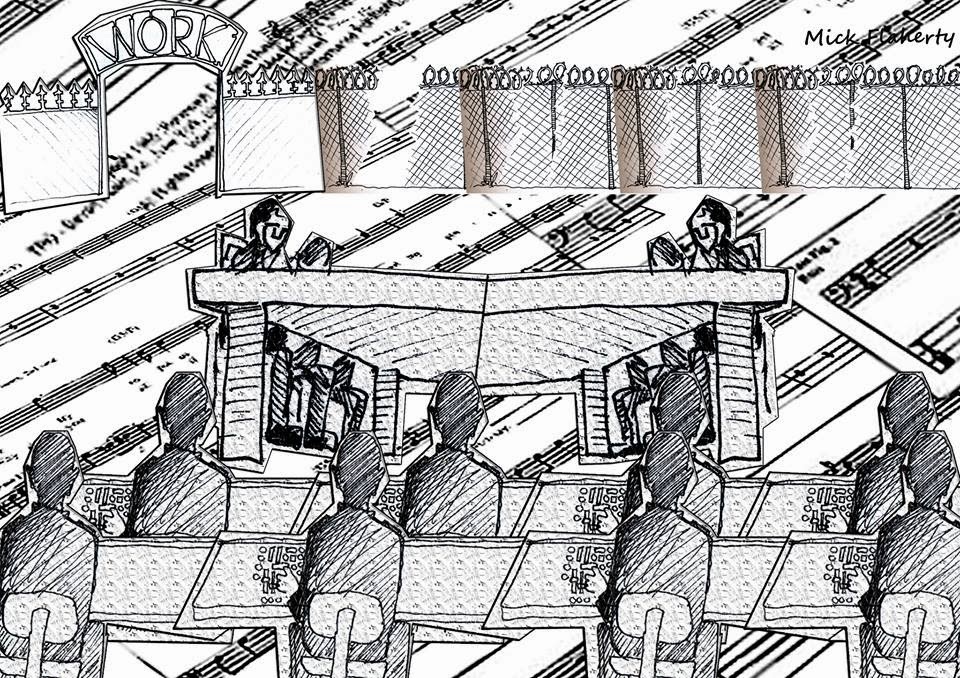 A few more years passed and I became tired of playing in ‘going nowhere’ Bands and I decided to apply myself more fully in order to become a working musician – a session player / deputy player or Bass teacher – to earn money from playing. I got on a course at a London music college and although the money and time commitment was huge, the wife and I discussed it and she supported me – wanting me to follow and achieve my dreams. We now had two little mouths to feed but we juggled the finances and with the Student Loans and my ever supportive wife returning to work early, we believed we could do it.

The course itself was a new one and taught me a huge amount about music and playing. Sure it was a distance to travel each week and it was tough on my wife and the little boys, but we pulled through. I was so confident, buoyed by the opportunities that would come my way….well….at least the College said would come my way……when I graduated. Alas these opportunities never materialised.

I was now into my thirties and had spent nearly 15 years trying my best to become a working musician. I practised for hours everyday, worked on my ‘profile’ as being a reliable and trustworthy player, going to gigs, networking, applying for covers projects. Despite my best efforts, I was never able to make enough money and my family, whom had sacrificed so much, had perhaps suffered enough. My parents and friends let me know they thought I should give up on the dream, that enough was enough. I had mouths to feed and my time was up.

Over the coming months, I began to agree with them….finally! I was sick and tired of musicians being unreliable, promises that are not kept, efforts and desires that squandered due to drugs and alcohol. Years and years of repeated failures and crappy gigs, squandered opportunities and flaky players. Screw it, enough was enough. My friend offered me a job with his company – sales work but the opportunity to become a manager within a year or two. I would finally have some money for my family, especially my wife who had sacrificed all these years. It didn’t feel like I was giving up, more that I had given my best shot and alas, I had missed. I was angry and bitter about the music business and happy I was going to be doing something else.

The job started in a weeks time so I began to sell off my collected gear, not wanting the reminders in the house of all the efforts I had wasted. It was a shame, but I also felt….free! This was a new chapter in my life and I was excited about the future. My family and friends were all supportive and I was happier than I had been in a long time. A few days later I got ‘the call’.

A world renowned Band has heard of my Bass playing and wanted me to come and audition. There other Bass player was apparently in rehab and unlikely to re-join the Band. They had heard of my skills through an audition I did a few months previously (though I didn’t get the Gig) and wanted to see me. They were going on a European tour in a month and needed someone asap. If it went well, a US tour would follow and a contract from there on in. It was also one of my favourite Bands, and I could already play most of their songs. It was as if fate had finally smiled. And I couldn’t do it.

The gig was for 3 months, possibly netting me over £5K in wages. After all the years of disappointments and let downs, I had decided enough was enough and I no longer had the desire. I’d already made a commitment to my friend, I wanted some stability. If I went on the tour, great, but what then? Would the old Bass player come back, perhaps they wouldn’t like me and I’d be sacked, perhaps I couldn’t handle it on the road? All these doubts and uncertainties assailed me and I decided it was too risky.  I told them ‘no thanks’ and they found another player. Sure, I regretted it, but I knew I was doing the right thing. Alas, I was so wrong.

3 weeks into the job and it was terrible. My friend turned out to be a domineering arse and I had to work a lot of overtime for free. I was on the phone all day speaking to people who didn’t want to listen, trying to sell them stuff they didn’t want. I hated every second of it but I stuck at it as I knew I had to give it my best shot. 4 weeks after starting, I handed my notice in.

I realised despite the lack of commitment, the lies, the stresses and expense of being a musician, I had no other choice. My wife and kids understood, but it was hard not see the disappointment in my wife’s eyes as she cancelled the plans for our first Summer Holiday in years, and the school skiing trip my youngest boy wanted to go on was now cancelled. I had failed them, failed myself.

In the months to come, I re-applied myself to my playing, but I had lost something. I was ‘the man who missed the boat’, the one who was now viewed as unreliable. I worked hard to restore my reputation and take every covers gig I could get. It was out of desperation rather than joy, and it started to affect me deeply, the bitterness of the cards that fate had dealt me. Money was tighter than ever as I lost some social benefits – I had to sell my car to pay for food for the boys. This meant I couldn’t really do covers gigs anymore and we were all broke more than ever. After years of supporting me and understanding, my wife finally left, taking my two boys. I don’t blame her in the end, she did all she could.

So what now? I have no career, no family, no future. I am now in my forties and the opportunities have dried up. Yes I can still play better than most, but so what?

There’s only one option left really – I have life insurance and my wife and boys can finally benefit from one of my selfish actions. A nice hot Bath and a razor blade await me.

Sometimes you only get one opportunity, one chance; some people are only cut out to do one thing.