When Owlle released the addictive single Ticky Ticky in 2013 it was an important moment. This was dance imbued dream pop with true cross over potential and none of the song killing pretension that certain big hitters go in for. 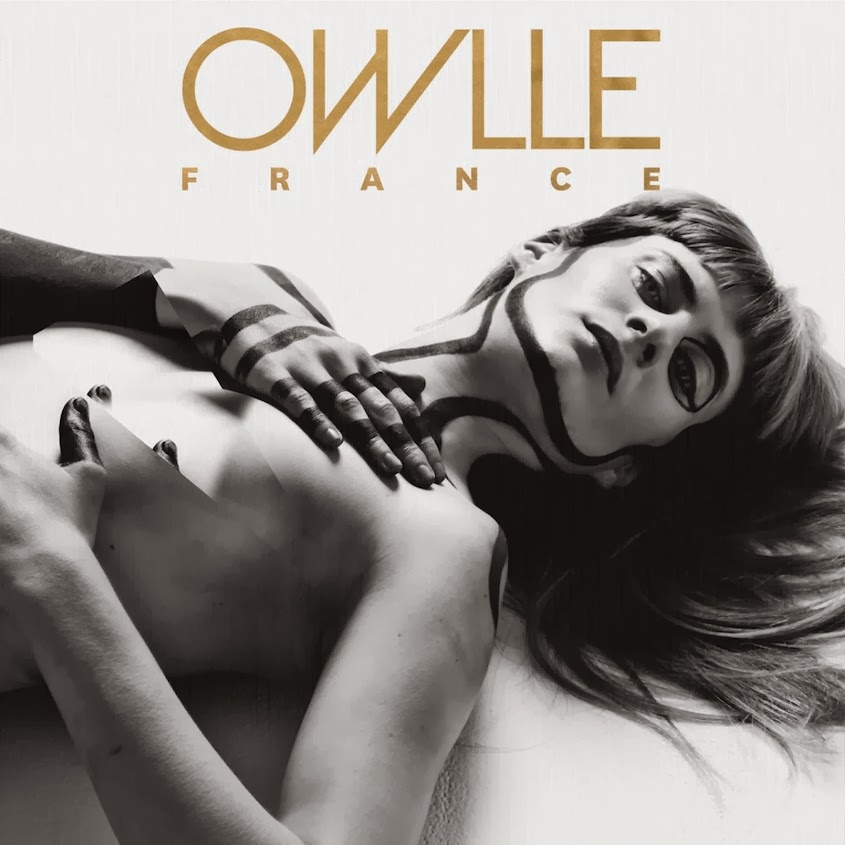 With a stylised but distinctly art driven look you could be very tempted to mention a certain Lady Gaga… but please don’t! The music on debut album France is nothing like that at all. With a shimmering production adding the Dream into Dream Pop Owlle rarely fails to impress this listener’s ears.

The dreamscape like production is excellent here – perfectly matched to the singer’s vocal abilities but never drowning her out completely. With a fashionably short run of eleven tracks Owlle does many good things throughout from the instantly attractive single Ticky Ticky to the under-edged Kraut leanings of Don’t Lose It.

There is definite (and very understandable) element of French synth pop on display but it’s not the kind that threatened to annoy you in nightclubs on the continent. Instead, it’s a kind of warm, life embracing beat that you warm too with very little effort required. That said, this is still quite an avant garde project in many ways, from the timeless semi-nude (but not tasteless) jacket design that oozes of an art imbued sophistication and doesn’t lie.

The music flows by easily, with barely a need to push the fwd button on your device. This is a good thing, of course. Many an album that swathes you in such production glory loses its initial shine on later revisits but France, mostly, doesn’t keeping your ears on the ball often enough to ignore any faults that are not too major.

Highlights include Disorder, its gothic lyrics and deceptively dark hued production an excellent repeat listen, and the wind chime like beauty of Free. But still though it’s so easy to listen to the whole album and find another, not least Ticky Ticky or album closer My Light is Gone.

Owlle most definitely knows to produce a song that will keep your ear listening and your mind logging it on its melodic server. January is not usually a month that we discover an album could potentially go on the #essential2014 key albums list, but on the basis of what we’ve heard so far we’re impressed.