Last time we saw the odd but magical partnership of Saga Noren and Martin Rhodes it was in the aftermath of the tragic events that ended series one. (We’re not going to say too much on that in case you haven’t seen it!) With this second series we see them once more in action in a refreshed looking show that is even darker than last time we saw those moody night scenes of the titular Øresund Bridge. 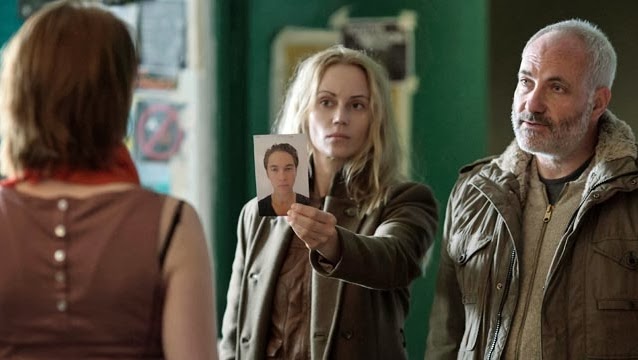 As the action begins we see a ship, (Not a boat, as Saga repeatedly corrects throughout episode one), going off course and getting stuck underneath the bridge. It soon becomes clear from the rather good directing and visual production that it’s empty. A ship on autopilot bound for disaster. Cue the arrival of the still abrupt and very literal Saga Noren, slapping about the five potential kidnapping victims in an effort to wake them up. Welcome back Saga, we’ve missed you!

When it becomes clear that some of the victims were Danish we see Martin once more. Unsurprisingly, he’s gone grey and looks somewhat frailer than the last we saw of him, ready to shoot his son’s kidnapper Jens and that ending. We soon learn that he’s separated from his Mette, his ever more stressed looking partner and is living in what looks like a rather nice hotel where he goes swimming a lot. He’s also come to the realisation that the therapy he’s been going through at work and with Mette is just a form of lying to himself. This reviewer is not going to disagree – Martin may have gone through a lot but I’m pretty sure judging by his well crafted characterisation in the previous season it’s something he’d swear against.

But that aside, the action is swift and choreographed with a very flashy lens. Subplots that seem superfluous soon join with the main pull of action as we see the Golden Toad symbol bearing terrorist group plotting in their lair. With obvious tensions it’s clear to see something is going to implode between them as the episodes continue. Their mission to effect a breakout of pneumonic plague begins with some carefully placed contaminated fruit in office fruit baskets and by the end of the second part they’ve hijacked a gas tanker with more fuel than anyone would know what to do with.

If these episodes seem a little bit restrained than those in the first series it’s probably with setting up the various links and tie of the characters and story up I’d say. The various details we garner in these opening moments may hint at bigger things later so keep an eye on all the details! Some notable moments though include the revelation Saga lives with someone – albeit with the help of relationship therapy books and weird sex. She doesn’t even know what he does for a living until Martin suggests that she asks him! We know Saga is known for being a bit backward in relationships but isn’t that a crucial conversation topic at some point? But, it’s a small point and provides some entertaining moments of character development that are quite touching. 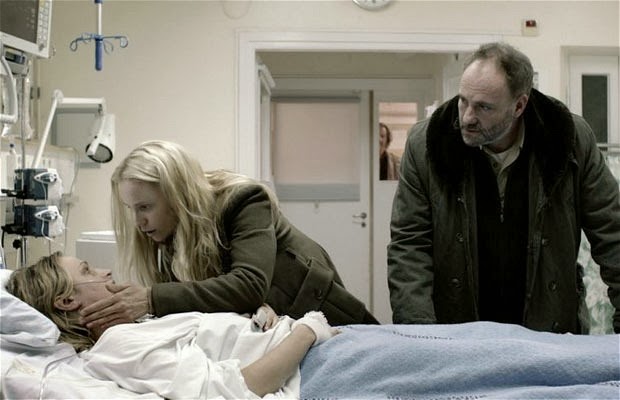 Also key is the parade of animals that announce the terrorist groups’ intentions beginning with (no singing, people!) a fox, a rat and ending with a pig and a rabbit. This was no Ylvis rendition – this was serious. Although if you didn’t think of the opening lines of The Fox then you may have enjoyed the set up a bit more minus the snigger! Add in the moment that terrorist group member Mads’ brother sets himself on fire to prove a point whilst at school to some bullies and the moment brother Linus realises Mads is one of the group after noticing his scar on the video and we’re in for some interesting drama next time…

Themes for this series seem to be Education, as seen in the school sequences, Relationships (Saga, Martin,  the still inconclusive teacher-student sexual relationship between Laura and her Maths teacher) and Terrorism. Let the drama unfold!