Many years ago we came across the author of Ruins of the Rising Sun, Michael John Grist’s website and were almost instantly captivated. It featured two of the things we like the most, ruins and Japan. Put the two together and what do you get? The answer is ‘haikyo’. Haikyo is the Japanese word for ruins, and the images and stories we read over the years were fascinating. 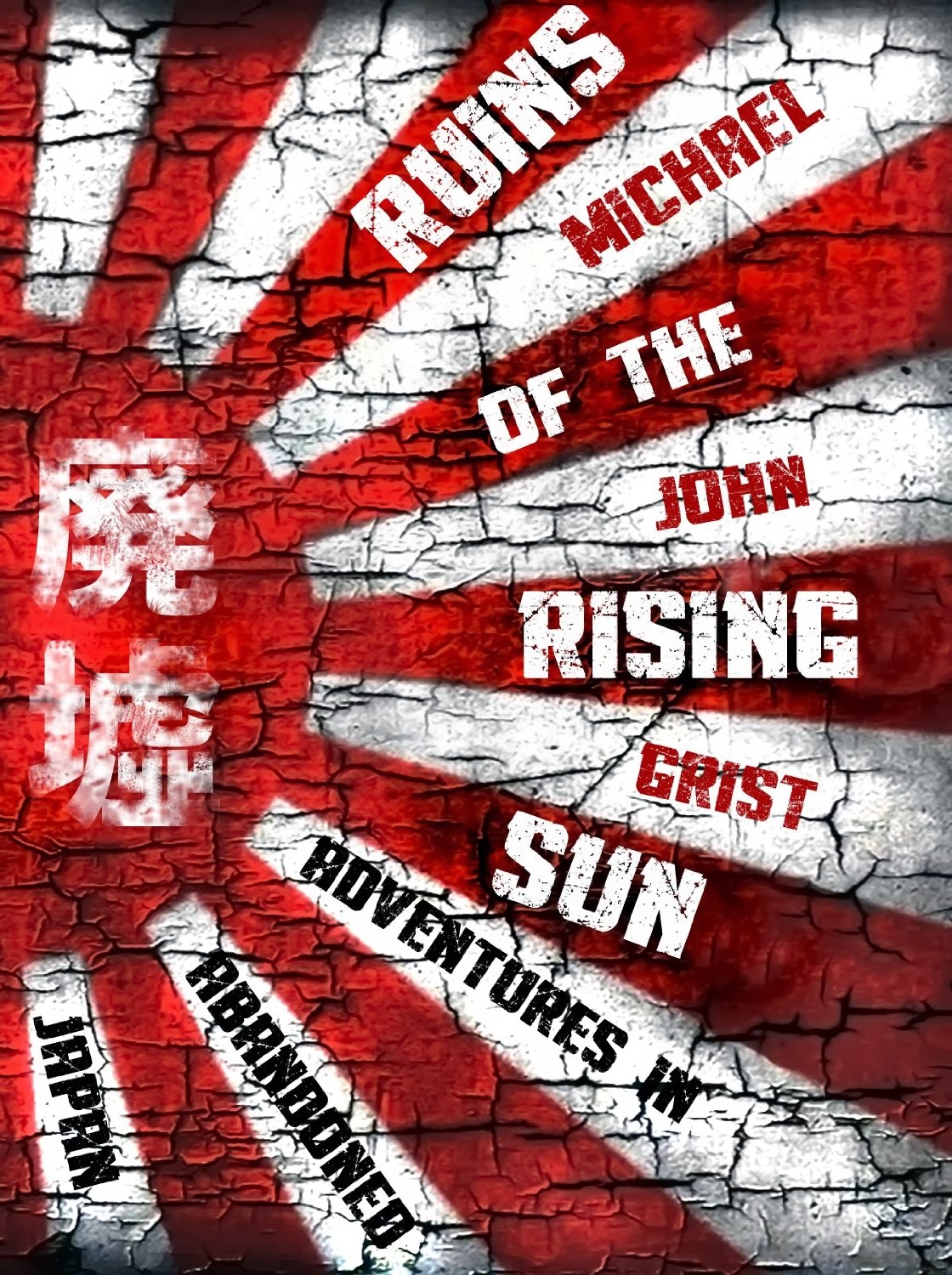 Just as 2014 rubs its eyes and gazes into the light we have a book covering a great chunk of those journeys in the form of the excellently titled Ruins of the Rising Sun. with over 300 pages of adventure and thought and lots of eye catching vistas of abandonment in Japan it’s a read you will want to savour. After eagerly opening the cover of this e-book we immediately recalled why the original chronological postings were so fascinating. (Although it is to be hoped that a topic with such a need for physicality in its format will get the treatment it truly deserves when this e-book edition really takes off!)

The stunning image of an abandoned, devoid of any purpose roller coaster is a powerful metaphor for the clear ups and downs described along the way by the author. Any reader already acquainted with Japan will know it is a place that doesn’t leave any impression other than the permanent on a person and the haikyo featured in this book are perhaps uniquely Japanese. With everything from abandoned theme parks to love hotels, soap lands and leftovers from the Great War there is not just a personal story, there is an underlying cultural narrative at play throughout.

The person new to the concept of ruins hunting may question why do it at all and in the course of this book we see at least fifty reasons why  everybody should take an interest in the empty shells that surround our neighborhoods. From the initial pictures of an exploration of the old US Army Base at Fuchu to the later more planned and effectively photographed journeys into the past left to rot it becomes clear that ruins are something that abound in Japan, albeit with varying degrees of impressive views. 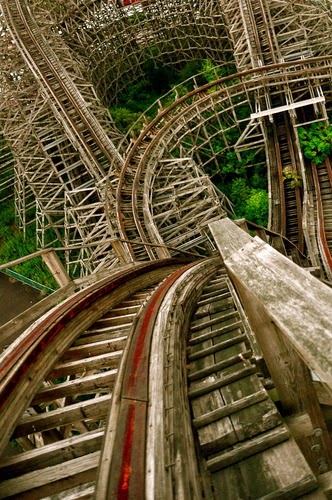 As the book progresses we encounter places such as the (sadly demolished and one of our favorite haikyo of all) Keishin Radiology Hospital that features in various media on Japan but is captured with the best light in the shots by Mr Grist in some ways. Sights like that are truly special, the street art alone (or is it graffiti?) makes it one of the great lost modern art galleries of the world and yet as a unifying force for photographers, urban adventures and curious souls from many places it was so much more.  Other shoots reveal something of the human and economic history of Japan, most notably the abandoned mining towns in Tohoku of Matsuo, Taro and Kamaishi that reveal much of how things can change in the snap of a political or economic finger.

The author’s personal story also tells us much of the Tokyo experience. Of course, (and this reviewer should know having lived there for a good few years), there is much to occupy oneself with in Tokyo and invariably a certain malaise can slip in to derail things. Maybe it’s a big city thing, maybe it’s a human thing – but there’s a happy ending. Two dissonant threads soon connect as haikyo visits become dates and quite frankly that is one hell of an excellent date venue.

This is the kind of book that couldn’t be written as fiction – it needs to be lived. The juxtaposition between essentially dead of purpose constructions and finding a fulfilling purpose in life are admirably intertwined and it’s a driving force that helps the reader follow the narrative easily. Ruins of the Rising Sun should be a kick ass coffee table book, replete with large scale images from the stunning venues for contemplation that the haikyo clearly are.

But until that happens grab a digital copy and keep your fingers crossed that your support will send it in the right direction...

Reviewed by Sebastian Gahan. Buy the book off Amazon now! Images courtesy and copyright of the author.