Having organized all the artists and their respective performance days, (which you can find here), the Threshold Festival 2014 fuse has been lit! And with a stunning number of stages to choose from, where should you be and when is the main question!

*By the way, I only haven’t mentioned The Destroyers because seeing them is just common sense. Now, on to just a handful of the incredible talent (in no particular order) heading for the city of Liverpool on the 28th to the 30th March in venues across the Baltic Triangle. 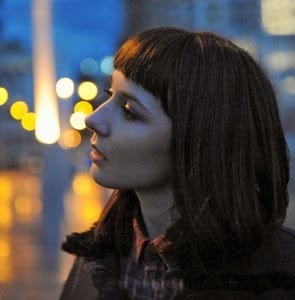 Natalie McCool (pictured)
Liverpool’s Female Artist of the Year 2013, McCool is one of the city’s crowning glories, and you simply can’t afford to miss her play to home ground. McCool’s voice, style, and grace is unparalleled, an irrefutable talent who’ll leave you speechless. With a riot of success following her debut album, this star has already risen to great heights, and can only go further - so grab a place at the Threshold launch, quick! http://thresholdfestival.co.uk/natalie-mccool/ Friday 28th, The Baltic Social

The 69 Watts
Already on the ‘must-see’ list for their Threshold Promotional Video (see it here), The 69 Watts power some dirty-ass bluesin’ slide guitar, and a wicked beat to match. The kind of band that cools the whole atmosphere, and makes you want to order another shot of Jack Daniels. Miss The 69 Watts at your peril, stranger. http://thresholdfestival.co.uk/the69watts/ Sunday 30th, Unit 51 pt.2

Silent Cities
‘Silent’ is how the crowd went as the ghostly phrases swam out of S. Maddison’s guitar at the Liverpool Fringe 2013 – the first time I ever heard pure bliss. Heart breaking melodies, uplifting falsetto vocals, and the most intimately-crafted song structures I have ever known. I don’t care where you are or who you’re with - you must see this rare bird before he flies away. http://thresholdfestival.co.uk/silent-cities/ - Saturday 29th, The Nordic Church

Bolshy
If you live in Liverpool and don’t know Bolshy, you probably do know Bolshy. They’re those insanely talented young lads and lasses busking on the streets ‘X’ days a week, rain or shine. Rhythm, Rhyme, Rasta-rockin’ tunes, Bolshy are a brass/strings/percussion wonderment that simply makes Liverpool proud. Don’t be stingy now, they’re worth every penny! http://thresholdfestival.co.uk/bolshy/ Friday 28th, District

The Part Time Heliocentric Cosmo Drama After School Club
TPTHCDASC has been suggested to me by the good folks at Rebel Soul. A new one for me, the Club, launched at the 2013 ‘Space is the Place’ event at the Kazimier, appears to be a big band tribute to Sun Ra – the late, great electric-jazz mystic of the 80s. This will be the event where the true freaks will get their kicks, and I will be among the first in line! http://thresholdfestival.co.uk/the-part-time-heliocentric-cosmo-after-school-drama-club-saturn-lancashire-division/ Saturday 29th, 24 Kitchen Street

Book Thieves (Listen to the band above in a very special video...)
Another Threshold/Rebel Soul favourite, Book Thieves are a band on the rise. An alternative folk-rock band formed in 2010, Book Thieves are all about keeping it live and loud. A barrel of talent and a beer keg of laughs, get your groove on with the Thieves at the Blade Factory gig come Friday! http://thresholdfestival.co.uk/book-thieves/ Friday 28th, Blade Factory

Science of the Lamps
Dreamy, Folky, Crazy combinations of music, fused with theatricality and wonderment – Science of the Lamps are a big-band with an undeniable presence, enchanting melodies, and a thirst for entertaining their audiences. Another one for the freaks and mystics, you can find me basking in their light come Friday! http://thresholdfestival.co.uk/science-of-the-lamps/ Friday 28th, 24 Kitchen Street

Alpha Male Tea Party
Like a wall of sound 10ft thick, Alpha Male Tea Party are going to knock your last pair of socks into the stratosphere. Downright brutal rock with melodies so calculated they’ll blow your senses into Nirvana! These boys are Liverpool favourites, so it’ll be one hell of a crowd! http://thresholdfestival.co.uk/alpha-male-tea-party/ Friday 28th, The Nordic Church

Jo Bywater
‘Chasing Tales’, Bywater’s EP won her FATEA Award’s ‘Best EP’ award in 2013 – and this one you’ll want to catch in the act. Utterly devoted music, I’ve only seen Jo Bywater play live once, but the intricacy of each note and the sequence of words had my mouth gawping the entire set. An acoustic master, Bywater is a stomp-box/finger-picking/slide sensation, and that’s before you hear the words of a truly original soul. http://thresholdfestival.co.uk/jo-bywater/ Sunday 30th, Baltic Bakehouse pt. 1

Avital Raz
Israeli-born singer-songwriter Avital Raz is a lyrical genius, and an exotic talent. With a range of beautiful instruments, Avital knows how to entrance her audience, and wake them up in the same whim. I knew as soon as I met her in Lancaster, Avital Raz is a natural performer who delivers controversial material with the fullest of convictions, and then lulls you right back into comfort. http://thresholdfestival.co.uk/avital-raz/ Friday 28th, The Baltic Social

Red-Eyed Jedi
It simply wouldn’t feel like a festival without a syringe full of Red-Eyed Jedi’s non-stop-boppin’ Ska! You want energy, silliness, and the very definition of liveliess? Look no further than Red-Eyed Jedi – the brass monsters will be unleashed on Saturday – do NOT miss them, or I’ll 2-step punch you in the jaw with a trumpet! http://thresholdfestival.co.uk/redeyed-jedi/  Saturday 29th, District pt. 1

I must apologise to all the stunning acts I have missed out, there are simply too many to fit into one article! Forthaven, Broken Men, Dominic Dunn, Fidel Afro, The Fire Beneath the Sea – all of these and so many more will be rocking, lulling, blasting, soothing, freaking, beasting and grooving your musical sensibilities all weekend at Threshold Festival 2014. Tickets are available from Skiddle on the website, and from the Facebook events page.

"Because if you don't, the giant robot will come to your house, rip off the roof, and squish you with his giant robot foot. It’s true, I asked it..." (A.R.Obot)

Compiled by J. Crawford. Images courtesy of the respective artists.