#srcz was recently lucky enough to witness a fascinating discussion from one of  Björk's collaborators on Post, Graham Massey, on the concept of DIY music. Whilst Post is far from the underground DIY music scene that still thrives to some degree, it certainly exudes an inventiveness lost on many mainstream albums even now. 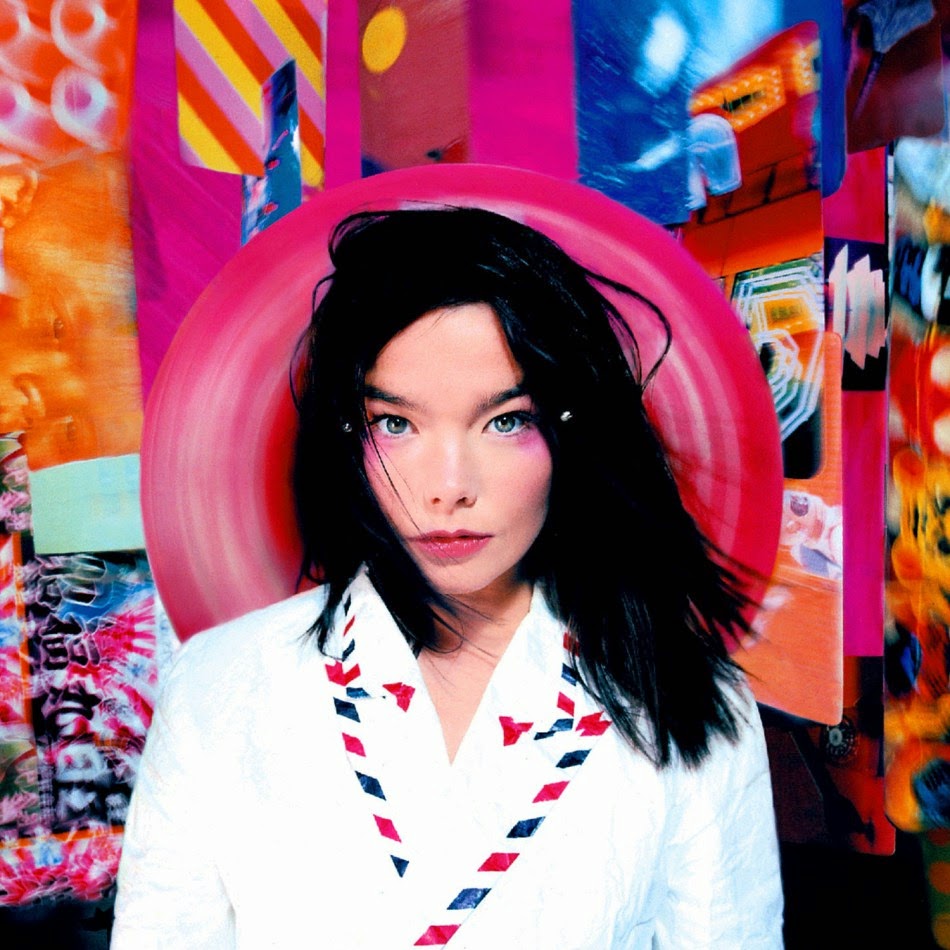 Described by the artist herself as a ‘musically promiscuous’ album, Post is certainly not one to settle on one style and let it get boring. (N0t that Björk can ever be accused of being boring, of course!) Opener Army of Me sets an industrial, forceful tone and presents an image that resounds. An army of Björk’s is certainly one hell of a metaphor! With its storming industrial production and imagery it makes a perfect juxtaposition to next track,  Hyper Ballad,  where the artists imagines herself ‘slamming against those rocks’ at the bottom of a very high mountain. With truly beautiful lyrics, that stick to the brain in their sheer visual joy it really is a hyper pitched ballad.

There are further sound shifts across the album, but that is not news for anybody familiar with her work. This can often occur in the space of a single song, never mind an entire album. The most famous of any song from this album is of course It’s Oh So Quiet, a cover of an earlier song by Betty Hutton, is one that although still worthy doesn’t sound quite as good almost two decades later. Even more tellingly, it’s left off her later Greatest Hits album.

But the rest of the album is still as strong as ever, from the sweeping fairy tale strings of Isobel and the fairy tale like lyrics from her oft-collaborator Sjon that feature on it to the down tempo contemplation of Possibly Maybe. Indeed, the closing quarter is tinged with a vague sadness that adds a nice twist to the largely happiness infused songs prominent so far. I Miss You jumps eloquently between the two emotions in a sea of table and impatience and it’s still a standout, if not career wide but certainly album wide.

As a whole though, is Post still an essential listen two decades after its original release? Certainly, it’s a non-stop experimental rollercoaster of emotion and it’s difficult to imagine it coming from anybody else but Björk.  In terms of development, we see the electro sound of Debut enhanced with greater elements of Jazz, percussion and orchestration and although the artists would have us believe the two albums are connected, Post represents a huge step into the directions we know her for today.  Take Enjoy, it sounds lyrically like a Debut song but its production marks it out as a product of the Post era explicitly.

Post then is an album still blessed with a timeless appeal and songs that were inventive enough at the time of their creation to be still fascinating to the ear now. Arguably, the real, boundary breaking Björk begins to break out from here and as many will already know creates some mind bogglingly brilliant songs along the way…