The third E.P. from Brooklyn’s Curelight Wounds had us to attention rather quickly. Mixing the oft-quoted shoegaze genre with their already present dark metal ethos it’s a surprisingly effective listen. 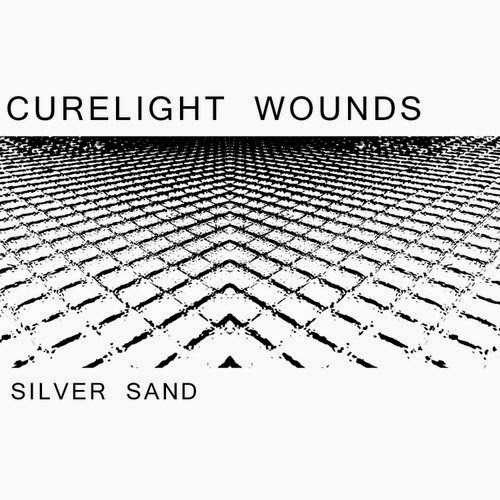 Opener See It Burn is a fast paced, percussive intro that instantly expounds the new shoegaze element effectively. Asking the question ‘Do you wanna see me burn’ under a mat of bass and drums with that classic shoegaze styled guitar style it’s an impressive opening salvo. Following it up is the amped up Ride, with a faster pace and almost off the cuff quality about it. The fact it sounds so good is already noted, but considering we’re not usually taken with this particular genre it’s done a good job of converting us.

Silver Sand lifts it’s head out of the sea of liquid mercury that submerged the first half of the EP and the shoegaze element is less evident here, but the song is no less potent for it. With vox low down in the mix and the thunderous drums centre stage it makes all the right moves in its allotted time. Closer Empty Faith enters drone territory and with the shift in production that makes it all the more palatable. The EP is drawing to a close here and the climatic tone really makes it a highlight of the release.

So after just twelve minutes Silver Sand concludes and although it’s about two minutes too long for this particular genre to work well with, it’s a third EP that is most definitely worth your time. And if you haven’t got twelve minutes to play with then you need to find them…