When Avril Lavigne released her first album way back in the early noughties, with the eponymous Sk8r Boi driving many people mad everywhere we knew she would last. With a passable but occasionally patchy debut album she caught our attention for a brief while. But it wasn’t until this jaw-droppingly odd video for the Japan-centric fan base came out she regained it. Many are calling it the worst thing ever made but we’re pretty sure there is much worse out there! That said though, there still is little to Hello Kitty beyond sheer shock value and kawaii cute demographic steeliness. 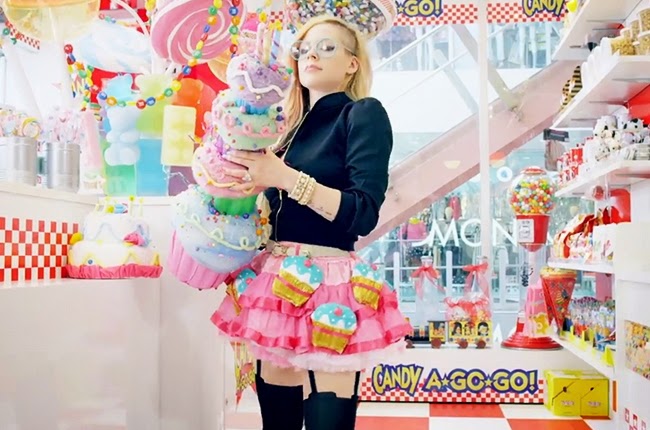 It’s a mystery how she keeps a (semi, at least) straight face at all throughout the video and indeed, as to why so many people have managed to watch it all the way through considering how much has been said about it. Truth is though, if you know Japanese main stream pop music then this is nothing new. There are videos more toe curling than this released every week in world of J-Pop, and played with even more seriousness on occasion.

Witness the rise of the often surprisingly listenable Kyary Pamyu Pamyu (all thanks to some very good production and visuals more often than not) or any number of artists and Hello Kitty is actually pretty harmless. The c0-write between Lavigne and Chad Kroeger was dubbed an unholy union  by one website but to get this many people talking about a song that is as light and fluffy as anything and more than likely to get huge chart dividends it’s sign that cross over between genres is always possible.

The video itself is also pretty harmless. The accusations of racism that have been echoed are largely not there and if you’ve ever walked down Harajuku or near by the hub Tower Records in Shibuya (seen in the background in the opening minute) you’ll have seen plenty more outlandish stuff than this. Certainly, every time I go to Tokyo it’s not unusual to see and hear more ear-bleed worthy music in every convenience store or chain record store so let’s let Hello Kitty pass us by in that dance troop like way the video does. Next please!

(On a side note, don’t let that put you off discovering some of the unique and amazing music that Japan does so well on all levels from the open mic to the commercial. It will change your life…)