Die Antwoord have announced the release date of their long awaited third album Donker Mag. Previewed with a new video for single Pitbull Terrier, the album will be released on June 3rd 2014 and features the song as well as many more.

The new video for Pitbull Terrier is directed by Ninja himself and features the duo of Ninja and Yolandi terrorising the pubic and some of the latter’s kinky cat friends. Ninja is the Pitbull Terrier and attacks humans, putting in a truly amazing performance that easily ranks with their best so far. A band that you either love or hate; Die Antwoord knows how to make a video unforgettable in a truly disgusting but addictive way. 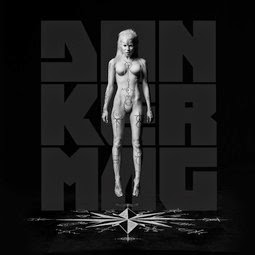 True to form, the video is a surreal chase of cats down the proverbial alley with blood aplenty, prosthetics to 'die' for and the sense that this is probably just half as crazy as the band could truly manage. With a banging production from DJ Hi Tek and a chorus that will stick in the mind of all those who hear it Pitbull Terrier is truly not for the feint of hearted. But if you haven’t acquainted yourself with the frankly surreal world of Die Antwoord yet then now’s the time. It may not be their best song so far but the video is certainly noteworthy.