In the compilation hungry world of album repackaging, probably through no fault of her own, Shiina Ringo’s catalogue has been mercilessly used. It’s nice then, to finally see a record worthy of the tag new. Since her last solo album in 2010, Sanmon Gossip, we’ve seen plenty of good stuff, but very little in the way of truly new material. GK, as we’re going to call it for ease, is, truth be told not entirely new but it does it’s thing in a very cool way. If you have a better than average grasp of Japanese, you’ll have seen the meaning at hand from the very rhythmic Japanese title. 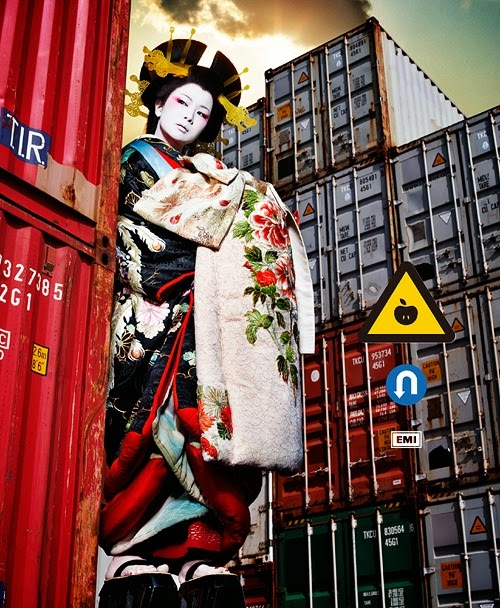 That’s right, it’s a covers album. Of her own songs! Sound odd? Not really, when you consider Shiina Ringo is a very prolific writer for many other artists as well. The eleven tracks here have all been previously recorded by a diverse range of artists from the idol (SMAP!) to the indie hero’s (PUFFY!) to the rather odd (Chiaki Kuriyama) and beyond. Given a fresh arrangement by a number of collaborators the album is rather an odd listen at first, not really striking you as very typical of the artist.

Typical, however, is not the mot du jour for Shiina Ringo, even if she has ventured into some very poppy territory in recent years, most notably as part of Tokyo Jihen. GK goes a long way to taking the bitterness of endless repackagings, compilations and other oddments from the palette of the long term listener. The previous release to this, Ukina was impressive for its collecting together of the best of her collaborations with other artists but GK is impressive for showing just how much work she has actually done as a writer.

The reinterpretations are largely complimentary, not outdoing the original versions but showing how even her writing is something that can be spotted a mile off. There is a curious retro quality to much of the album, perhaps demonstrating how old many of the songs are (at least a decade on songs such as Cappucchino) and whilst that be a negative on a regular solo album it doesn’t seem to matter here. The rock imbued sound of her very early releases is proudly on show and, whilst it’s not a bad thing to revisit the past occasionally, you can’t help but feel glad the more sophisticated, orchestral work soon took her influence in better directions.

Granted, a new album from Shiina Ringo is much higher on the listening list than pretty much anything else generally, but overall GK does what it says on the package. (And, oh what an awesome package it is; Iconic, eye catching cover art if ever you’ve seen it!) We get some psycho-Jazz (on opener ‘Leading Lady’), a dash of mad electro (‘In A Whirlwind’ and more) and the odd quiet moment such as on Cappuccino.

Taken as a collection of songs it can’t do much wrong, but as a proper solo album it’s slightly lacking in imagination. That said, most artists don’t have the quality of songs put aside to even put something like this project together and as such it’s an awesome, ear pleasing thing to hear. But what most fans will want is a new album of new songs – even if the casual listener will not notice much of a difference anyway.

GK is an excellent listen, all things said, and makes the case for judging an album by it’s cover extremely well. Download this now! (Unless you live in Japan or Korea, then get down your local record store. )