Sometimes an album title makes you think. Tense Men’s new release Where Dull Care Is Forgotten is one of them. But it’s the images the songs conjure in the depths of your mind that make that all important distinction between ordinary and earworm. Arguably, though, if there is an earworm on this record then it has a tendency to change the rules more than once in a good while. 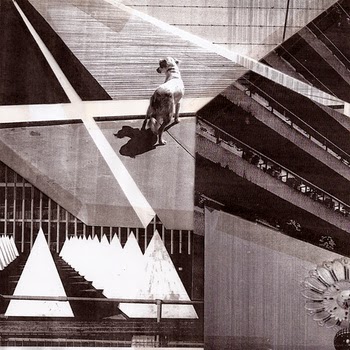 Lo-fi excellence is the key here, and the images of tiny venues in a big city getting sweaty to the sound of hypnotic madness is one that pops up here often. Key to that effect is the pounding drum beat, of course. RNRFON is a prime example, suiting an underground venue with barely space for a bar to put the drinks on perfectly. With some definite psych and sixties influences on it, there is little reason you shouldn’t stop what you’re doing right now to check it out!

The whole E.P. in fact is mesmerising listening.  Nothing you haven’t heard before, but undoubtedly something you should. Perhaps the title Where Dull Care Is Forgotten is alluding to the sheer listen ability of the record? Whatever dull care you have, this dreamscape conceived set of songs is the perfect antidote. Never wholly original, but always comfortably in the dark zone enough that you’ll not forget it in a hurry, there is much to recommend a listen. Ideally whilst sitting in a converted electric chair surrounded by your favourite robotic pets and some cool friends.