Those of you in the know will be aware of Ani DiFranco as a thoroughly cool artist who has released a large number of albums since her first self-released set in 1990. Her seventh album, released in 1996, is Dilate and it’s one that gave her work its biggest audience yet. 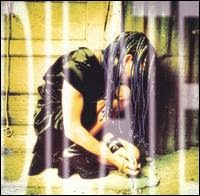 Listening to Dilate now, the first thing you note is that it has barely aged. And that’s a very slight ‘barely’, by the way. Containing at least two of her signature songs, most notably the acerbic Napoleon, and the still spine chilling Untouchable Face, it presented a side to DiFranco that her fan base had not seen before. In production terms alone, it sounds slicker yet altogether rougher edged than what came before certainly, with drum machines, synth and more joining the vast array instruments to hand. But lyrically, there is deeper bite as well. Dilate feels a lot more personal than anything previous, and often seems aimed at one specific person.

There was seemingly some internal controversy from the fans over this, as said target deviated somewhat from the image her strong gay fan base had of the artist. How true this is doesn’t really matter, because as DiFranco later said on 1997 live album ‘Living In Clip’, she just got ‘distracted’ and in music terms it’s always good to aim in new directions. This is as ever the case for DiFranco, who pushes the envelope of her always brilliant lyrics even more here.

The sheer emotional purity of Untouchable Face’s central line, ‘Fuck you, and your untouchable face/ Fuck you, for existing in the first place…’ is astounding on first listen, and instantly makes for a classic lyric. Moving onto the explosive Outta Me Onto You and there are even more quotable lyrics, and of course the guerrilla-folk stylings that make her a staple of many people’s record collections. It’s a snarky rebuttal of a person, one of the best lines summing up her career unintentionally: ‘ there isn’t much I have to say / that I wouldn’t rather / just shut up and do.’

Bringing the classic trio of opening tracks to a conclusion is the Superhero, once again a track you can’t fail to connect with. It’s initially nervously sedate manner soon turns into a full on frenetic chord battle before settling down into a pleasing conclusion. But perhaps the most obvious track for many listeners will be Napoleon, performed often at her numerous live appearances and always to a appreciative crowd. And isn’t it true, that ‘everyone is a fucking Napoleon’? Reportedly written about Suzanne Vega, it’s not obviously a personal attack on anybody because, it isn’t really. It’s a carefully worded critique on getting too big for your boots and needing the help of others you’ve left behind as a result. But unlike many people’s attempts at such a conversation, this resonates perfectly even now.

Dilate as a whole is possibly one of DiFranco’s darker releases, and her most personal. A few albums later the brass section would kick in and newer rhythms would begin to flow, taking her on multi genre journey that began properly with this bold album, not afraid to change an image so beloved by a fiercely loyal fan base. As such, it’s the mid-point of a career and the beginning of a journey still going on now…