Released in August via Bad Paintings, ‘Where Were You Then?’ covers the well loved recording of FURTHER, a ‘decidedly West Coast’ indie rock band active from 1991 to 1997. 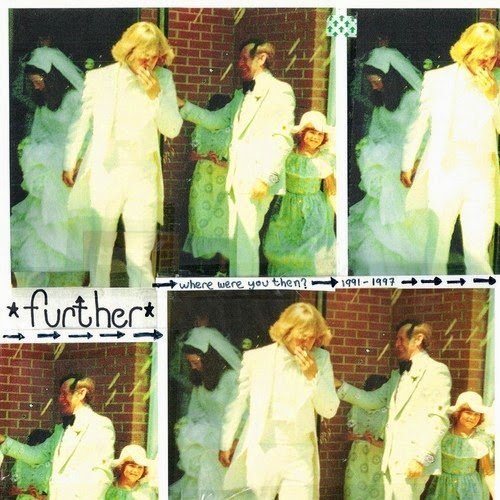 Released in multiple formats, including vinyl, digital and CD versions, the album features a choice selection of songs from the band’s releases remastered from the original vinyl. Preview track Generic 7 reveals just how much energy the band possessed and how little has changed in the 17 years since the band broke up.

The indie spirit of mixed down vox hiding behind the frenzied beat but never too far from your attention, frenetic guitar and unparalleled energy is all present and correct and should easily entice the recent nostalgia fans as well as indie fans with an ear for classic music.

The band was made up of brothers Darren and Brent Rademaker, Josh Schwartz and Kevin Fitzgerald and formed in Los Angeles in 1991. Further were connected to Dinosaur Jnr via a friendship with Lou Barlow.