They always say when writing reviews to make a good opening statement, and set the tone for what you are going to write about in the introduction. While trying to do this for Gary's new album, the real problem I faced was an unusual one - trying to sum up just how incredible this album really is in a concise way, before I get the chance to explain all the numerous reasons in full. So here you go, this is my best shot; If there is only one album you buy this year by an unsigned artist, or indeed by any artist, it should be, no wait, has to be this one. 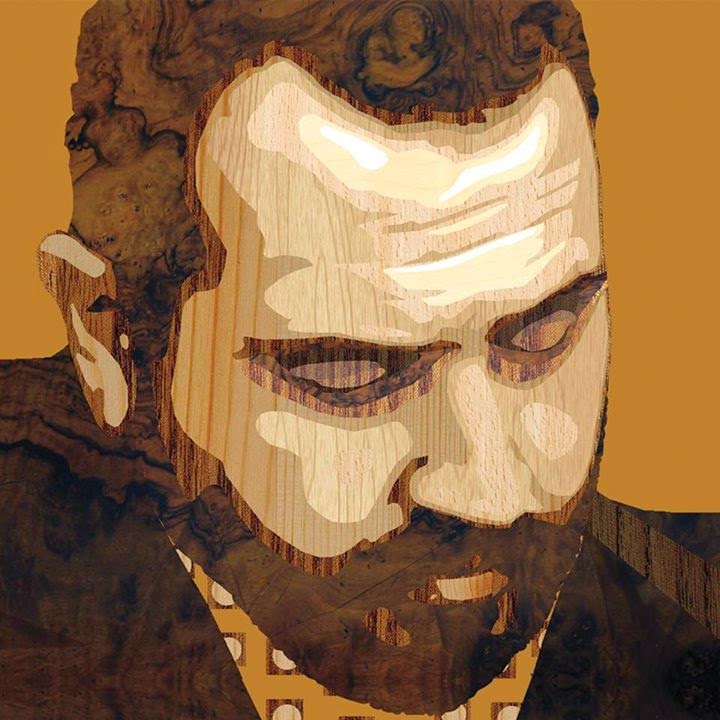 This would appear to be a pretty bold statement, so I'll elaborate. However, "The Cabinet Maker" is a truly beautiful collection of acoustic music, and trying to state what is so brilliant about each of the 10 tracks on this album is a task that would take from here until the end of time, so I'll break it down into the general themes.

The first of which is quite evident - Gary is an exceptionally talented songwriter. His lyrical prose cover a truly wide variety of subjects, and manages to slip between the metaphorically poetic and plain speaking to-the-point in a way that few can at this level. Lines like "The clocks they turn/ but no lesson’s are learned" from the song "Bang Bang Bang" form pieces of critical social and political commentary, whereas songs like "Mr Lonely Times" and "All I Want Is You" are much more along the lines of poignant self reflection and very honest expression.

The second is the sheer quality of the musicians that make up Gary's band, and the clever, intricate and incredibly melodic parts that they contribute to the arrangement. The devilish duo of session musicians Oscar South and 'Skeet' Williams (both former Bear Beats Band) have become well known throughout the North West for their various quality contributions to the local music scene, and their playing on Gary's album is no exception. Whether it’s the technically brilliant, yet melodic acoustic guitar solo on "Free Falling" or the groove infused double bass line of the bluesier tune "Is This Real?" Both players replay excel themselves. With the addition of beautifully phrased and thought out harmonies of vocal duo Grace and Danger, and percussion contributions of Daniel J. Logan and some subtle yet excellent textures from keys player Jack Beacall, the musicality of the record is truly outstanding.

The third and final point I'll cover is the production and this is, again, a real selling point of the record. So often, when listening to unsigned bands and artists, you have to almost ignore the quality of the recording (usually a home demo) to try to evaluate the songwriting beneath. I'm pleased to report this is not the case for "The Cabinet Maker". It seems Gary's attitude has been almost to spare no expense in the creation of this album, and I can tell you that it is worth every bit of its £10 price tag. Recorded at Orchard Studios in Crewe and the Batcave studios, the mix of the record is done to a very high standard, enabling you to hear its true potential.

If you haven't gathered already, it really is tough to fault this album. In fact, only two rather minor points come to mind. The first is that it could be argued that £10 is something of a steep price for an unsigned artists album, however once you take into account the actual cost of manufacture and production of an album to a professional standard in today's music industry (especially when self released) this seems to pale into insignificance, and make much more sense. The second is that it does feel to be over a bit quicker than expected from a ten track album. That said, this could well be attributed to the economy of songwriting that comes from not having a record label pressuring you to put that 6 minute soppy ballad three quarters of the way through, and guaranteeing every other track to be of exactly 3 minutes 30 seconds. Quality of music should ultimately triumph over quantity any day of the week, and this album has plenty of it.

To some up then, I reiterate: if you buy only one album this year, make sure it is this one. It is a truly fantastic collection of well written, rehearsed and recorded material that represents brilliant value for money and I promise you won't regret it.

“The Cabinet Maker” By Gary Edward Jones is available now, as a self release. For more information, see www.garyedwardjones.com.