Heavy riffs and expressive vocals characterise this album from Human Hair and that’s no bad thing. The moment the album starts you’re dragged along the gravelly expanse of a Hells Angel’s back yard and, against normal instincts, it feels rather good. 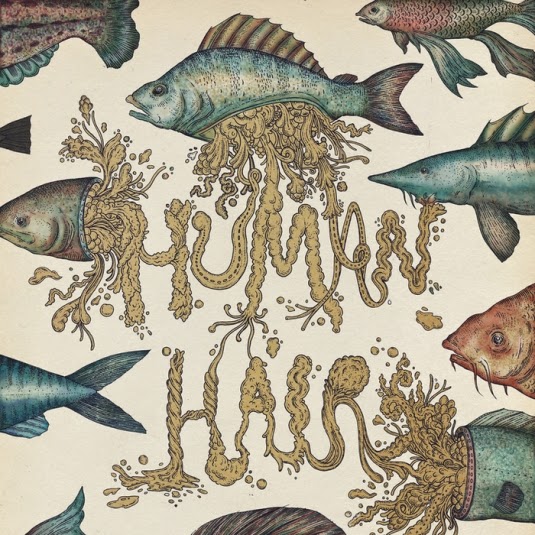 We mention Hells Angel’s because if you did decide to take up the lifestyle of said motor bike riding gang then this music would make a perfect soundtrack for your dusty road trip into blissful oblivion. Blazing riffs set the tone, cutting the silence of any situation you might be in perfectly with the flick of a rhythmic knife that cuts very well indeed.

The metaphor might be strong, but on tracks like the excellent Worldly One the energy is infectious enough to get even the headless head banging! This pattern continues throughout, as the guitar gets harder and the songs stay short and badass. Loud things often come in small packages, after all it seems.

But on occasion, the sound gets turned down and the track length indulgently expanded. This is the case on Sleeping, with an atmos layered intro soon driving the road trip into industrial territory as the in your face vocal performance makes its unmissable entrance. Simply put, it’s one of the undoubted highlights of the album and the sheer energy behind the performance imbues it with so much class.

Now, it has to be said that it’s the case that an album so fuelled by guitar chords and vocal swagger will usually fall apart by the middle but with some clever variations in tone along the way and production that lifts the music above what some may class as ‘noise’ there is much joy to be derived from the perfectly titled My Life As A Beast & Lowly Form.

Now, where did I leave my leather jacket?