When PJ Harvey first introduced herself to the listening world it was in the form of a band bearing her name. The album she made with Stephen Vaughn and Rob Ellis, the debut album Dry is one that caught many ears on its release for the rather obvious reason that it’s rather good. Of course, it’s a granted that any album released will not always be good but for a debut album, Dry is a remarkably well formed product. 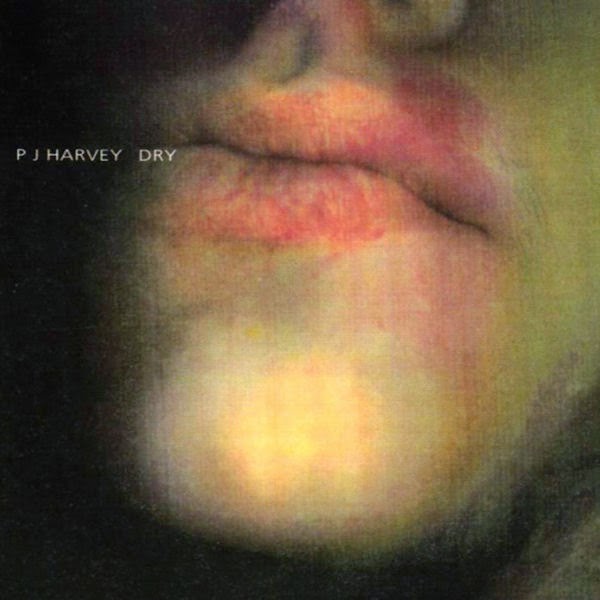 Dry, though, is better known for being listed as Kurt Cobain’s 16th favourite album in his journals and with its first two singles supported by John Peel and the indie music press of the time, PJ Harvey got a very good start. The experience of listening to the record testifies just how much of a breath of fresh hair it must have been back in 1992 when it was first released.

With eleven strong songs to get through, it’s not always the case that you get a warm glow from listening to the record. There are moments when it’s so claustrophobic you have to come up for breath. But despite the claustrophobic tendencies of the album, you rarely feel off put, rather it’s a record that is an experience as opposed to a joy. But as with most of Harvey’s catalogue, it’s slow burner that reveals it’s beauty slowly rather than in one swift movement.

Beauty is perhaps a strange word to use for this particular album, with the punning title Dry echoed in the photographic cover art of the artist’s dry lips. In sound too, it’s rarely truly beautiful in any conventional sense. Plants and Rags, the ninth track, is perhaps the most beautiful of the album with the rough hewn Cello adding a dystopic sense of distortion to the albums hard edged haze of visual imagery and metaphor.

Hard edged is definitely the raison d’être for Dry. From the abrasive O My Lover, it’s words sweetly comforting but their delivery quite the opposite, to the still startling song writing power of Dress, (the first single from the album and thus their debut release), razor edged guitars and post-feminist lyrical content keeping the ear alert over many listens.

Elsewhere, the equally distinctive Sheela-Na-Gig, once again imbued with a feminist inspired narrative, made for a perfect second single. Although the rest of the album isn’t quite as startling there is still much to enjoy in the occasionally baroque production, understated but never less than in your audio channel as loud as it can be. I have to admit that after many listens to Dry, it still retains its power to shock and disorientate. This is not an album you could enjoy in the purest sense of the meaning; it’s more a powerful statement or a listening experience that is unlikely to leave you without an impression.

The follow up album to Dry, the super–amped up Rid Of Me would prove to the final release from PJ Harvey as a trio. But as solo artist the story continues even now…