#SRCZ Music Review // Ravioli Me Away – The Inevitable Album

A funny thing happened as I was tucking into some Ravioli a few weeks back. Our copious inbox of never ending music revealed to me the new album from the tastily named Ravioli Me Away. As food and thought goes, it was the ultimate collaboration. 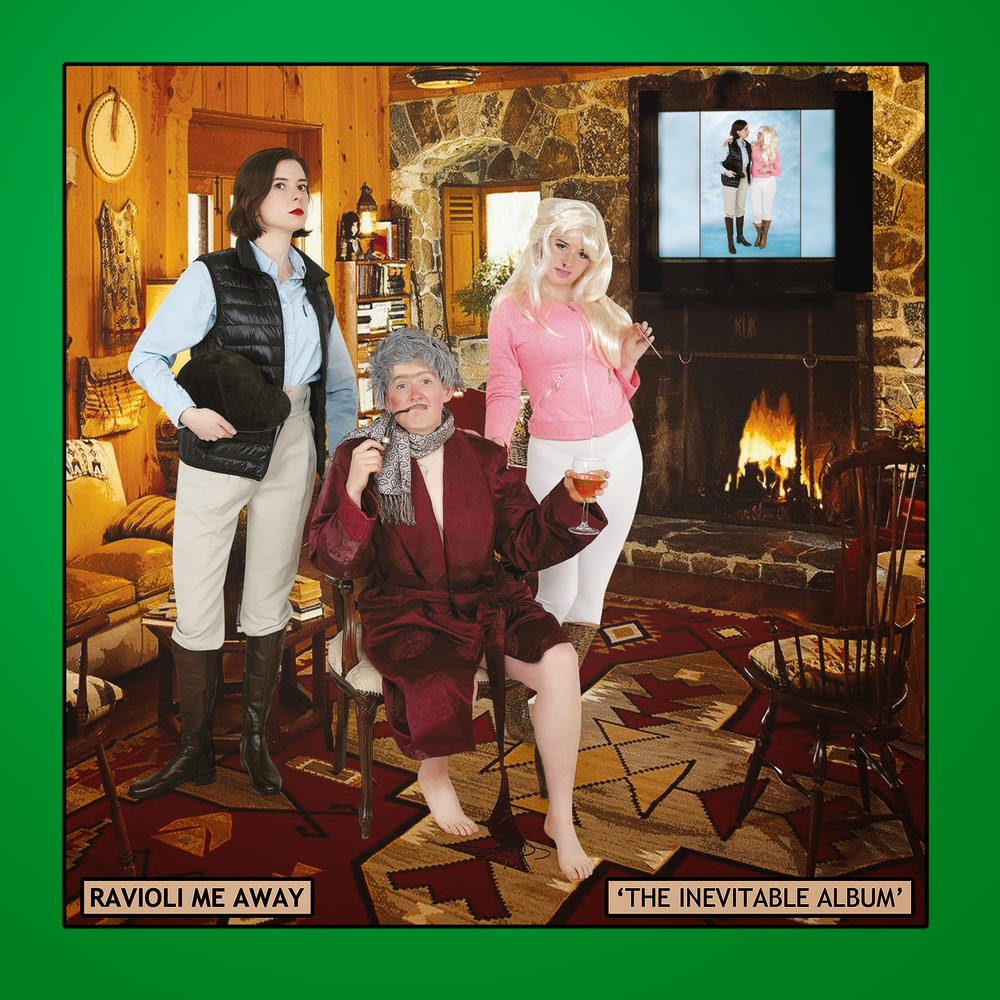 If this sounds like it’s going nowhere serious, fear not. The music found on the catchy titled The Inevitable album is often silly, sounding like an orchestra of toys playing krautrock with its ear catching melodies but the topics are anything but. Topics that get the bands attention include the economy, feminism, nostalgia and more besides.  There’s much fun to be had on The Inevitable Album in it’s often dramatically composed music and often ear catching stream of consciousness vocals.

Opener Good Team Player mocks the culture of CV clichés, opening the album with the ironic statement of ‘I’m a good team player/ I’m a quick quick learner…’ and following that with such questions as a multi-part harmonied inquiry as to whether you can work under pressure. Couple this with a plink-plonk synth line that is more playful than any song about work should be and this is definitely not a workman like opener.

The band even samples a speech by David Cameron on track Imagination, mocking it for all it’s worth with the bands spoken word lyrics eventually drowning it out. Perhaps the albums most pointed political moment, the chorus says ‘you imagine what you want to/ you imagine what you like’ and soon finds the character waking up in an upside world where it’s raining money with their face on it.

Other songs tackle feminism and women’s issues, most notably on Cat Call (“Why do you cat call when a woman walks by?”) and the rather good Estrogen, imbued with a killer keys lead intro line and the oft questioned idea of what being a feminist actually means. The highlight though is Romance Amnesia, a spoken word song themed about memories and nostalgia with a nice chilled out feel to the production that makes it all the more ear catching.

As a whole then, Ravioli Me Away has produced an album that is eccentric, cool and very definitely unique. It’s hard to like an album as constantly genre pushing as this, with jazzy vibes, electronica and indie pop rubbing shoulders and getting along very well indeed!

As the band says, listen to this! (Turn it up louder!)