A new single from Natalie McCool is always welcome and, following her last release Wind Blows Harder, it’s the turn of the addictive Dig It Out. 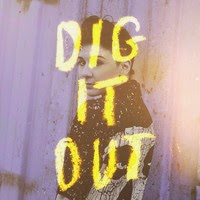 Released on September 15th via Young & Lost Club, the David Berger (Outfit) produced single is initially disarming. It doesn’t jump at you like much of her work instead it works its way into your subconscious like the most positive of ear worms. Dig It Out has the distinctive Mc Cool sound, quietly anthemic yet beautifully restrained, shimmering with the hue of an artist that knows this is something good and you better listen.

Listening to Dig It Out, it’s easy to see it catching the ear of any music fan who knows their stuff. The tentative, slowly tension-building intro is a definite highpoint of the song with the soft but brooding chorus as darkly ethereal as anything she has released.