No meteorological pathetic fallacies here I’m afraid. I won’t lie. It was a sunny day. We might have been dressed in black - no, it wasn’t what he wanted, I’m sure of that - all tired, broken, unsure. But the sun was shining. Unscripted, unhindered, wasted sunshine.

There were a small gathering of people outside the door to the crematorium, having a last few puffs of their cigarettes before the proceedings got underway. A brick building, all right angles and no soul. Concrete pillars, a pebbledash office just around the corner, and smudged security glass doors. Maybe in 1965, this was palatial. Today, a relic, borne of practicality and a faded image of, you know, the right kind of thing for these sorts of occasions. 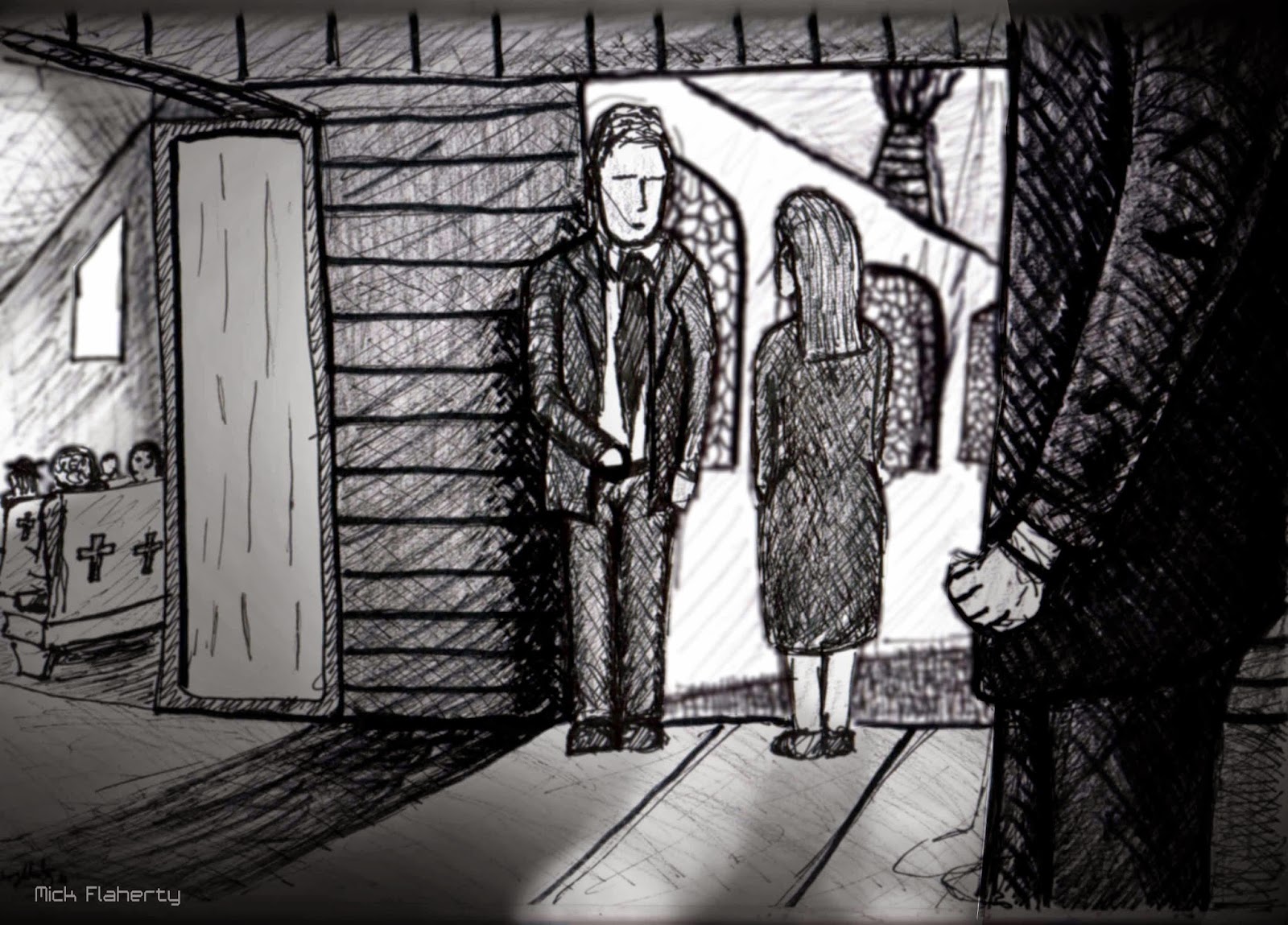 I hated it. Would I have chosen this? No way. Along came the hearse. Slowly, though that goes without saying I suppose, we’re at a funeral after all. Over the speed bumps, gently does it. A flash of knowing black humour from those gathered around about that little manoeuvre. So, so slow. Agonisingly slow. It’s funny what people say at funerals, inane things, bloody platitudes, little things they think will help ease everyone’s collective suffering. “It’s what he would have wanted”, from folks that never knew the guy (and trust me I know him the best of anyone here). Clearly what he wanted, at least for a moment, probably for longer, was to get away from all of this nonsense.

About thirty of us in attendance shuffled around the uncomfortable seating, jostling for position to be nearest the aisles. Disrespectful perhaps, but one of Mark’s friends had been an amazing chef at the French place in town and word was that the catering at the wake was going to be something even more special than his usual offerings. I wouldn’t be having any food though. No, all this meant I was off the food.

Ah, the choices of music at these things. Always gets me. Some real clichés. I mean, Satie’s Gymnopedie number one, those major seventh chords hanging in the air like unanswered questions. What would Mark have wanted to know? What was the last thing he asked himself? Nobody got any messages from him that night, nobody saw him after he left the Fox and Duck, well, not alive anyway. So perhaps a little remiss of us not to have asked what he would have liked here, now, on this day of all days. In fact the whole piece is unanswered. Left hanging. Sorry, bad choice of words, I didn’t mean to- - you understand what I meant though, you know, that piece, pops up on every “classical chillout” album there is. Haunting, gorgeous, introspective. Oh wait I feel like I’m in a bloody GCSE music exam all over again. Right now I just feel weird. “It’s like Mark’s in the room with us”, comments one particular ignoramus. Maybe he is, madam, rolling his ghoulish eyes at that hyperbolic bullshit from beyond the grave. The service wasn’t much of an improvement on the unconvincing choice of tunes. A nondescript set of readings from the good book, one Mark had never wanted to read, but had damned with vitriol for years. Something about Paul. Always Paul. I got the impression that Paul had a lot to say.

Which one was Paul again? I still wasn’t sure. Something about eternal life too. My, my. How out of place did that feel. We were all surely thinking the same at that point, surely. But nobody dared break their dignified gazes into middle distance. None of us dared to pipe up and say how pissed off our departed brother would have been if his existence was to be prolonged indefinitely by an almighty being that he’d always hated the notion of. No, not us. We sat, good as gold, thoughts slowly shifting to the awkward conversations that were likely to fill the room at the wake. Relatives catching up, long lost family members re-acquainting each other with the reasons they chose not to stay in touch.

Acquaintances of the deceased, not close enough to be friends, mates, buddies, but determined to turn whatever morsels of time with Mark they had - a pint here, a barely acknowledged joke there - into something worthy of an Olivier Award Winning anecdote. Yet none of them had been there when he needed them, and I viewed them now with a rather hazy, futile sense of contempt. Now, by the way, happens to be at that very wake. Suit jackets have gradually begun to become separated from their varyingly inebriated owners. The generous array of haute cuisine had been replaced by a mish-mash of party food, pygmy sandwiches and just two varieties of crisps, due to the chef friend of Mark’s having food poisoning. I wouldn’t be eating any of it, as appetising as the halved pork pies might have looked. I can’t even remember the last time I ate. An argument begins to brew at the bar, something about football transfer fee record spending, between two guys that even I didn’t recognise. The smokers slowly began to assemble, with no consideration for the fact that I, on the other side of the window, could see them giggling amongst themselves. Theyclearly can’t see me. I didn’t expect floods of tears, no ceremonial mourning, just a general sense of the kind of respect that should come naturally at these occasions. But I wasn’t in the mood to try and enforce it. And if I was, I wouldn’t have been able to anyway.

Slowly but surely, the room began to empty. Old friends, uncomfortable ex-lovers, former girlfriends, people Mark had worked with, even a few he had now been denied, through death, of fully burning bridges with- their final insult was showing up here, or perhaps their final stab at consoling the rifts - but they were allowed to be here. It’s part of the human condition, right? All of them, stood clutching their drinks, milling around, coats draped over their arms as a gesture that they had lives to get back to. I wish I could say I had the same, but instead I was the awkward, unseen onlooker, listening to this drivel, as one by one, they left.

It was just me and the girl behind the bar. And a blue woollen scarf, a mislaid suit jacket and few forgotten printed copies of the order of service, in unimaginative Arial size 12. She looked in my direction, as if straight through me. I looked back. She hastily cashed up the till behind the bar and locked it, then, after rubbing her arms to warm herself up, put on her cherry red leather jacket and walked across to switch off the lights. One by one, the neon strips flickered out and a grey twilight descended across the empty room. Again, she looked; A little to my left, this time. “Hello?” I didn’t reply. It hadn’t taken long to realise I was wasting my time with her, and all of the others. Again she rubbed her arms, pulled out a set of keys, and left through the side door. The key clicked in the lock and she walked off into the night.

With the muffled sound of her heels clicking into the distance, I realised that for all of those years that I had tried to picture what this day would be like, even up to the point when I was running my fingers over the cold leather belt, and varnished wooden banister, I was still so wide of the mark. Mark wasn’t happy then, and I’m still not now. But at least today, I know what it would be like, and what a disappointment all of this has been, as once in a lifetime events go. Perhaps that’s the reason I was uninvited at my own funeral.