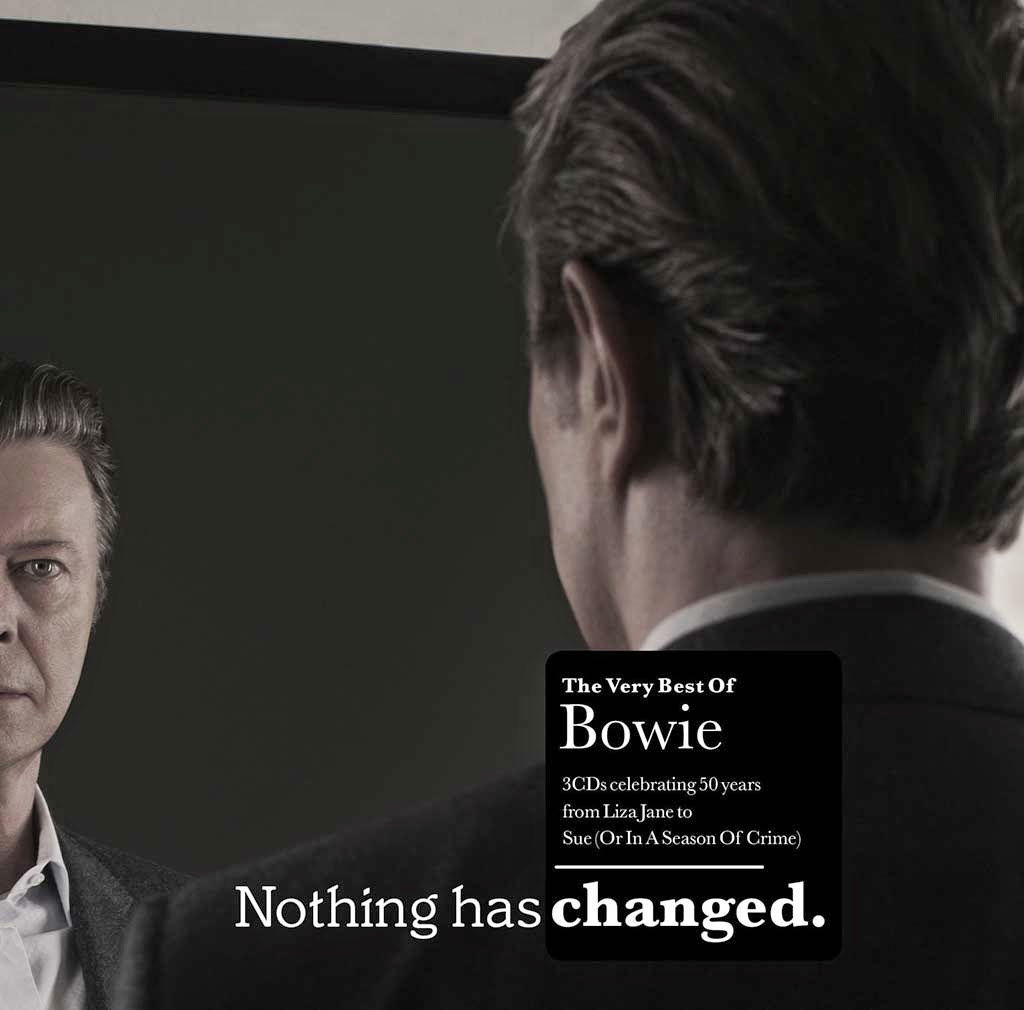 Compiled by the elusive man himself, it is the first career wide retrospective of this work and with such a varied catalogue to choose from that is some doing. The bulk is taken from the singles extracted from his many studio albums and that, despite the repetition of tracks, is no bad thing. If we’d not already had numerous compilations and decade themed collections already, this would be a very essential release but with just one new track present it more of a novelty collection to remind you just how much has changed despite the album’s self-effacing title.

But, we’re being obtuse. Taken on its own merits the album is a welcome addition to any music fan’s collection. All the key songs are present, from the still ear pleasing Space Oddity to the ever gleefully camp Starman, The Jean Genie to Golden Years to the occasionally divisive Let’s Dance period to the later material that is often criminally underrated. (Let’s forget about the daring but ultimately jarring Dancing In The Street, shall we…)

One of our personal favourites, Jump They Say is well placed; with the always listenable I’m Afraid of American’s making an appearance too. (And that video is still brilliant!) Everybody Says ‘Hi’ surprises in its durability, whilst New Killer Star is still a later period classic. New track Sue (Or In A Season of Crime) is last in the collection and perhaps the biggest curveball of the set, mixing dark Jazz tinges, the stabs of brass adding a dramatic layer to the song. It’s by far the longest song of the album, coming in just over 7 minutes and after the hits it’s a genius closer, tinged in the colours of an old monochrome movie.

In summation, then, what is the point of Nothing Has Changed? Some may call it another cash-in compilation, but in many respects this collection much less disjointed than previous efforts to collect many of these songs.  It certainly proves that Bowie is still in rude musical health, with doubtlessly a follow up to The Next Day in the works as we speak, perhaps recorded in some secret den of creativity in his New York home.

You can buy it or you can think about buying it, but if you don’t own a Bowie collection yet then this is the one you’ll want to get. There’s also no mention of Laughing Gnomes…