As with any year, 2014 was an exciting one for television viewers, (even if you didn’t actually watch it a television!) and here at #SRCZ we did watch a bit of television in between our other activities. Here is what we picked out from the year…

Channel 4's unique and uncompromising conspiracy thriller returned this year for a second, and sadly final, outing on our screens. Dennis Kelly’s acid-coloured drama continued to create its own standard in storytelling as it upped the ante on series one with a plot so tense and characters so morally ambiguous it was impossible to guess what might happen next.
Utopia was superlative and original on every level - from the colour-drenched cinematic on-screen gorgeousness to the brilliant acting from one of the best casts ever assembled and of course the tense, horrifying scripts.  Utopia has maddeningly been dropped by Channel 4, but while it lasted it was big, bold, beautifully delivered drama at its very best.

For five weeks in early 2014 Saturday night was a strictly sofa with the lights dimmed time. The return of The Bridge to BBC 4 was something that excited us very much and following a first series that had us on the edge of our seats the show raised the stakes dramatically.  A packed out hall at London’s Nordicana Festival watched the premiere of the final episodes and barely a pin dropped for those two hours as we saw one case solved and Saga Noren lose partner Martin in an unexpected and scene shaking final few minutes. 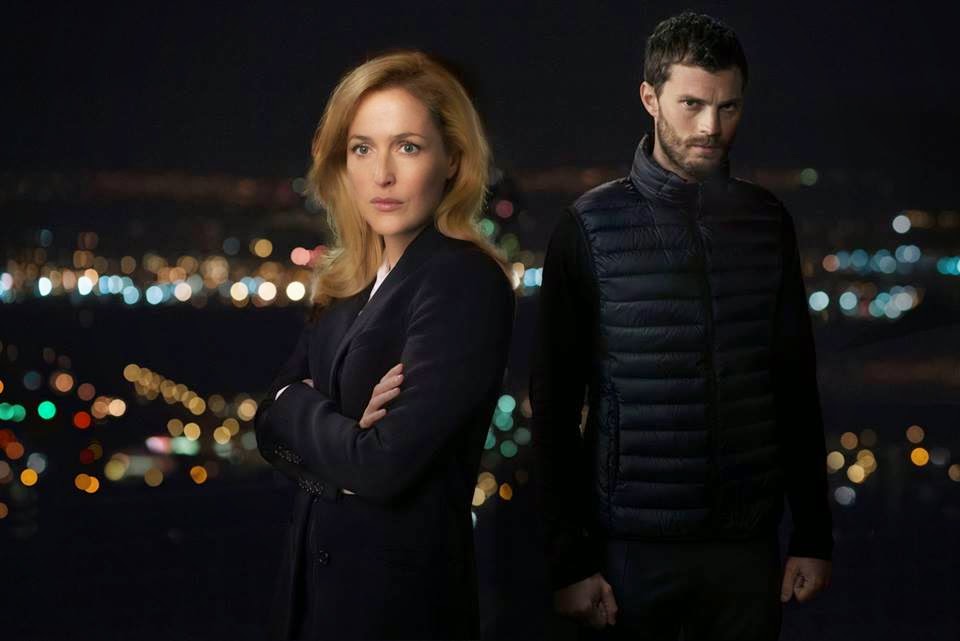 At the time of writing its unknown if The Fall will return for a third run. After that frankly audacious ending the floodgates are open and if this series seemed occasionally padded out it wasn’t anything that couldn’t be forgiven for the sheer thrill of watching Gillian Anderson and Jamie Dornan on screen as hunters on opposite sides of the law. When their meeting came at last, in a stark prison interview room, the direction and dialogue was not a fiery confrontation but a psychological experience in itself. We’d love to see a recommision for this gripping Alan Cubitt drama but perhaps that ending is enough? 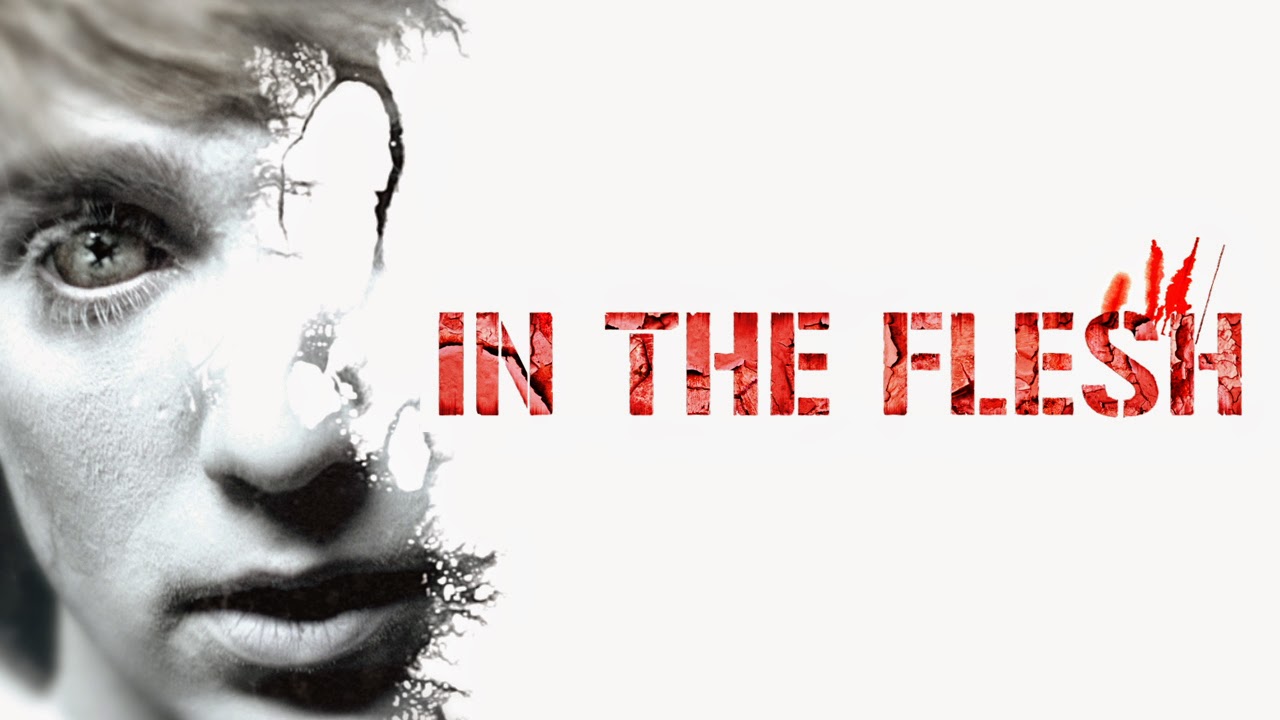 Another of our favourites from 2013 given a second series this year, In The Flesh is BBC3s very British take on zombie genre drama. Set in the fictional, claustrophobic village of Roarton, In The Flesh centres on the story of Kieran Walker (Luke Newberry), a Partially-Deceased Syndrome (PDS) sufferer as he tries to make some semblance of a normal life in a post-apocalyptic world.

Making the most of its extended 9-episode second series, In The Flesh was able to take its time to explore the impact of PDS on sufferers and those around them. Adding into the mix the extremely dangerous anti-PSD Victus MP Maxine Martin and PDS activists the Undead Liberation Army made the story bigger and more fascinating, but this didn’t detract from the very human stories at the centre of In the Flesh.

Luke Newberry as Kieran brings a touching sensitivity to the piece, but it’s the wonderful Emily Bevan as fellow PSD sufferer Amy Dyer, who brings real heart as the tragic girl who wants to embrace her second chance at life. Let’s just hope that In The Flesh survives the BBC’s plans for BBC3. 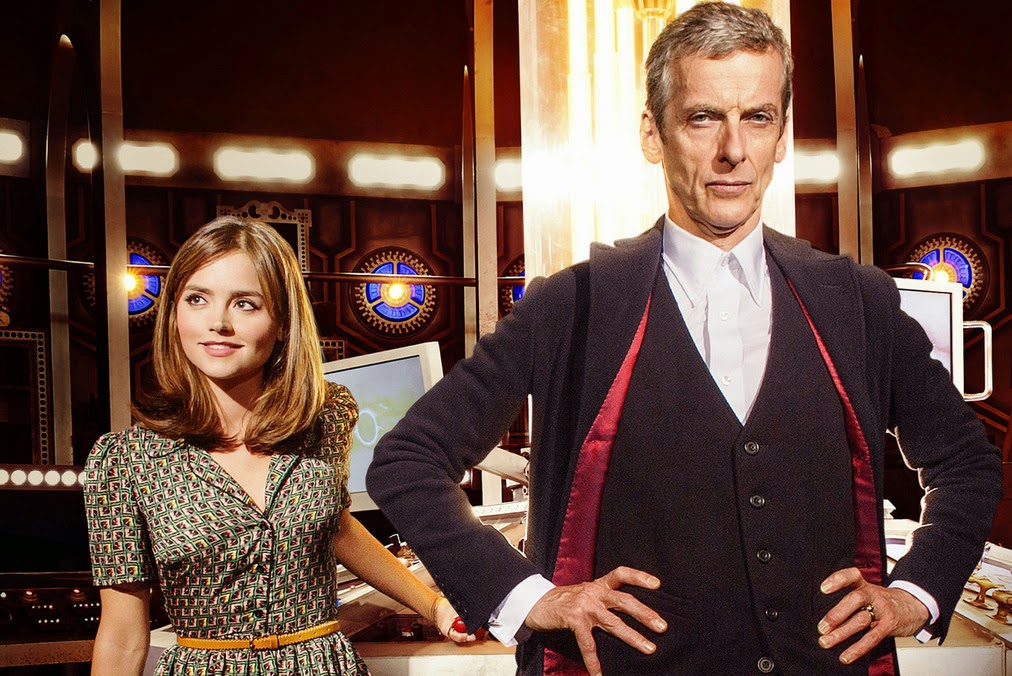 A new lead actor breathed considerable life into the Eighth season of Doctor Who. Peter Capaldi’s introduction was one that shook the show from the foundations and naturally caused much debate amongst fans and public alike. Chez #SRCZ we found the change a largely positive one. Barring one episode, there was a high quality of writing throughout and even the less noteworthy episodes were well worth your time.

With Jenna Coleman’s role greatly fleshed out there was considerably more pathos to be found in the show and when the very dark finale ended we knew things wouldn’t be the same again for The Doctor and Clara as they lied to each other with the best of intentions. 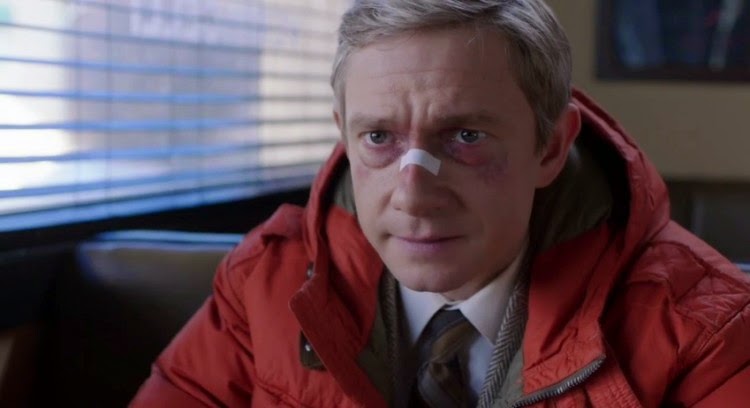 Here at #SRCZ Towers we don’t often get caught up in US drama, but Noah Hawley’s TV programme, loosely based on the Coen brothers cult classic film of the same name, was worth a punt. Fargo tells the tale of hapless insurance salesman Lester Nygard (Martin Freeman) and the devastating consequences on his life of a chance encounter with the charismatic,manipulative Lorne Malvo (Billy Bob Thornton). Good guys Deputy Molly Solverson (Allison Tollman) and Officer Gus Grimly (Colin Hanks) try to weave together the clues from a series of gruesome crimes that may or may not be linked to Nygard and Malvo.

Billy Bob Thornton is an absolute standout in what is possibly the performance of the year as the malevolent Malvo. Such is his malice and wickedness that you wonder if he is actually human or the Devil himself lurking around a snowy Dakota landscape causing chaos and destruction for his own amusement.
We’d dare to say that, given the luxury of having a whole series to tell the story and develop the immensely interesting characters, Fargo the TV series is even superior to Fargo the film. 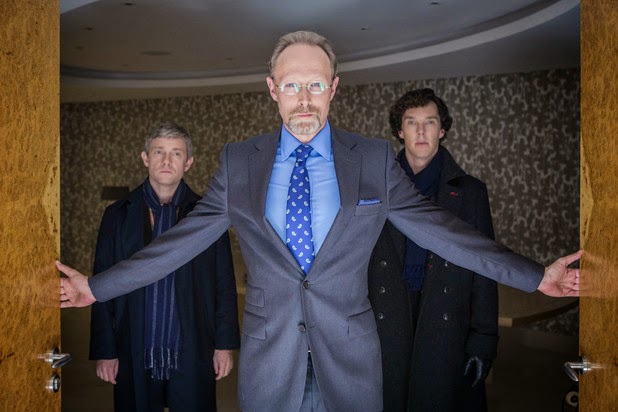 It seems so long since the third series of Sherlock aired but it is in fact only 2014! Returning to mixed but generally favourable reactions this series was to be a more personal affair than previously. Introducing a wife for John Watson and a notably more empathic Sherlock it was in many ways a huge curveball for many viewers. We never truly found out how Sherlock survived the much debated fall from Barts Hospital but it doesn’t really matter too much we say, because the excellent interplay between these most iconic of characters is still as delightful and occasionally poignant as ever.

2014 was a great year for music documentaries on BBC4. Covering a mind-bogglingly diverse range of acts from Blondie to the Bee Gees, Depeche Mode to Dolly Parton, these films are smart, witty and insightful.

Two of our favourites were David Bowie And The Story Of Ziggy Stardust and the wonderful The Kate Bush Story: Running Up That Hill, which presaged the lady’s much lauded return to the live stage with her Before The Dawn gigs at the hammersmith Apollo.

From excellent one-off programmes to series like the fabulous All The Young Dudes: Pop and Fashion, BBC4s smorgasbord of music documentaries kept us endlessly entertained all year.

The Life of Rock With Brian Pern 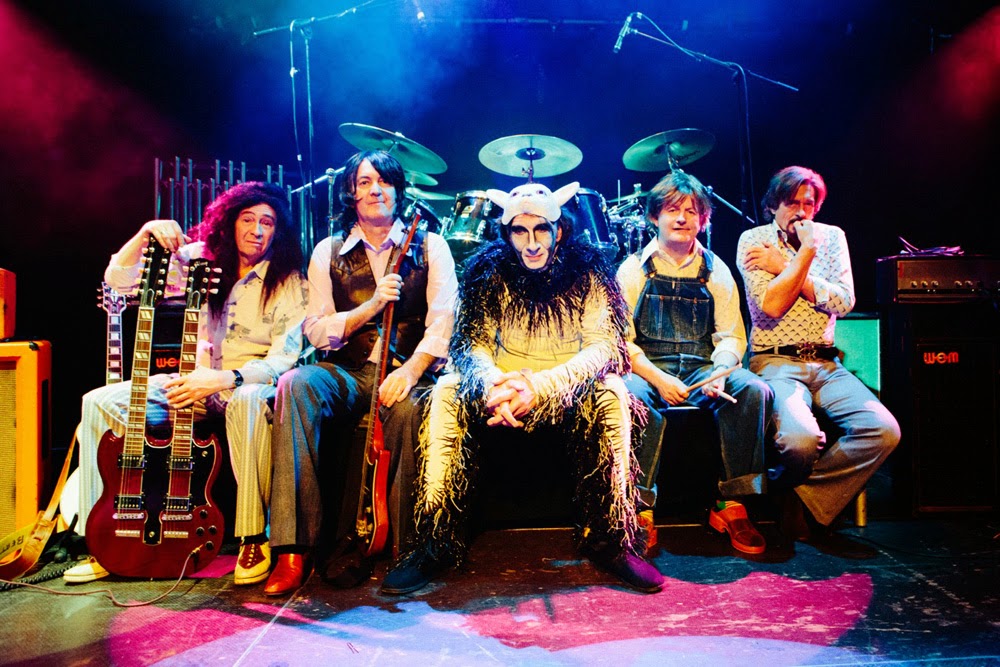 Speaking of old musicians, older readers may recall the era of Peter Gabriel and his days as the frontman for prog-rockers Genesis before Phil Collins came out from behind the drumkit and the group discovered mass market appeal. Gabriel and his Genesis cohort were affectionately parodied in The Life Of Rock With Brian Pern, Simon Day and Rhys Thomas’s hugely funny mockumentary with Day portraying the absurdly vain and po-faced Brian Pern who claims to have invented world music and plasticine in videos.

With a series of genuinely funny, blink-and-you’ll-miss-it cameos from the likes of Roger Taylor (Queen, not Duran Duran), Jools Holland and Rick Wakeman, the programme also included some fantastic turns from its stellar cast.  Notable are Michael Kitchen’s brilliantly sweary John Farrow, the manager of Thotch (Pern’s prog-rock band and purveyors of songs including Land of the Crab and Onion Divorce) and Nigel Havers as posh boy with a mouth you wouldn’t kiss your mother with, Tony Pebblé.

The Life of Rock With Brian Pern is a charming, affectionate and very rude mickey-take on the kind of BBC4 music documentaries we’re very fond of anyway. Even Peter Gabriel gets in on the act in a Mexican standoff with Pern on a Segway in a park. From start to finish, this was a mad and glorious ride through the story of rock.