Released in 2003 to an unsuspecting world, Lost In Translation remains one of the most truthful representations of the temporary ex pat experience in Tokyo. Minimally plotted but imbued with enough pathos to keep the viewer engaged the film is shot almost exclusively inside, be it the hotel the main characters are staying at, the karaoke booth seen in the later part of the film or other shops and restaurants. It is initially a disappointment not to see so many of the famous crowds and bright lights of the city. But in hindsight, that makes perfect sense. 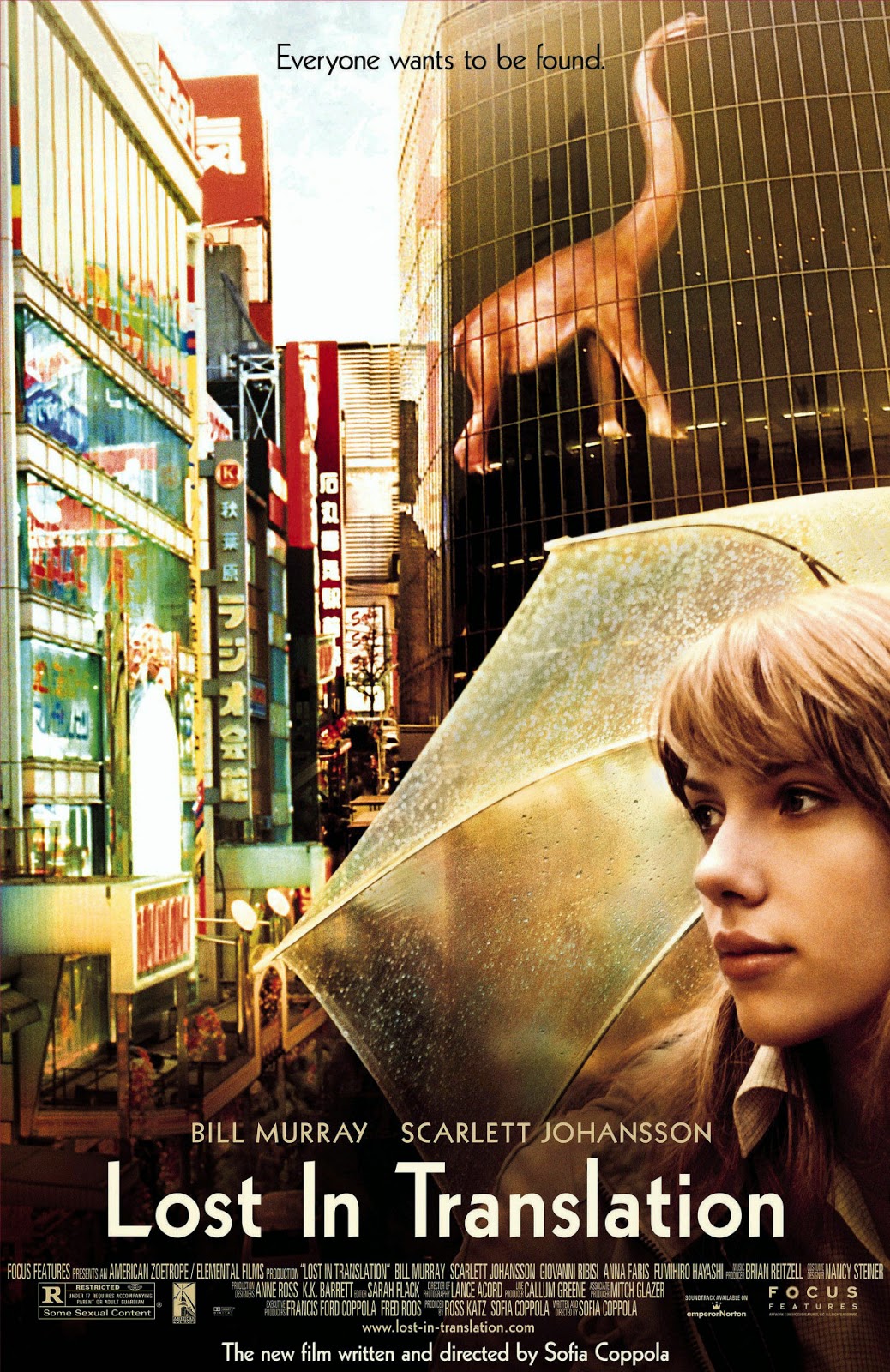 Tokyo is such a huge city, sprawling out in so many directions from the bright lights of its hyperactive central area that it’s easy to forget it takes some time to explore. Besides, the emotional roller coaster of that first visit to Tokyo is enough for a film like this, covering only a brief bubble of time in these characters existence. When you have lived in Tokyo it’s often frustrating to see the same old clichés rolled out in a film set in the city but there is no trace of that emotion here as the narrative is character lead rather than scenery lead. Although, the sights and sounds of the city are pivotal to the feeling of the film and they inform greatly the interaction of leads Bill Murray and Scarlett Johansson.

Who wouldn’t be awed by the sheer neon of the architecture of Central Tokyo, add to that the bustling streets of people, the noise and the atmosphere of business in action unique to that area and it’s a heady sensation even on film. Throwing two very different leads in together in this space sheets away any difference that have had in their own country and makes them equal in their first sights of Japan. The narrative hinges on their interaction and the scenes between them are perfectly realised and so subtly charged it’s engrossing. Even in the daytime, when the grey of the city’s architecture makes itself known, there is a certain indefinable counterpoint between the beauty of the city that illuminates the pathos and brings Charlotte and Bob Harris closer in the busy simplicity.

Perhaps the most iconic moment of the film is the final few minutes, where the two characters bid each other farewell with the same sadness that consumes anybody who ever leaves one of the most interesting yet all-consuming cities in the world. The brief but beautiful moment Bob and Charlotte embrace, the former whispering into her ear something we are not party to is a perfect end to the film. The smile on her face as he jumps back into the taxi and into the future indicates that perhaps it wasn’t too sad but then again, once you’ve been to Japan it never truly leaves you.