As a co-founder of band Rooney during a pivotal moment in the LA music scene in 1999 and latterly Taylor Locke and the Roughs in 2009, Taylor Locke has earned a well-respected place among the giants of the early 21st century, sharing rosters with Weezer, Jane's Addiction, and Queens of the Stone Age and latterly The Strokes, OK Go and Audioslave. 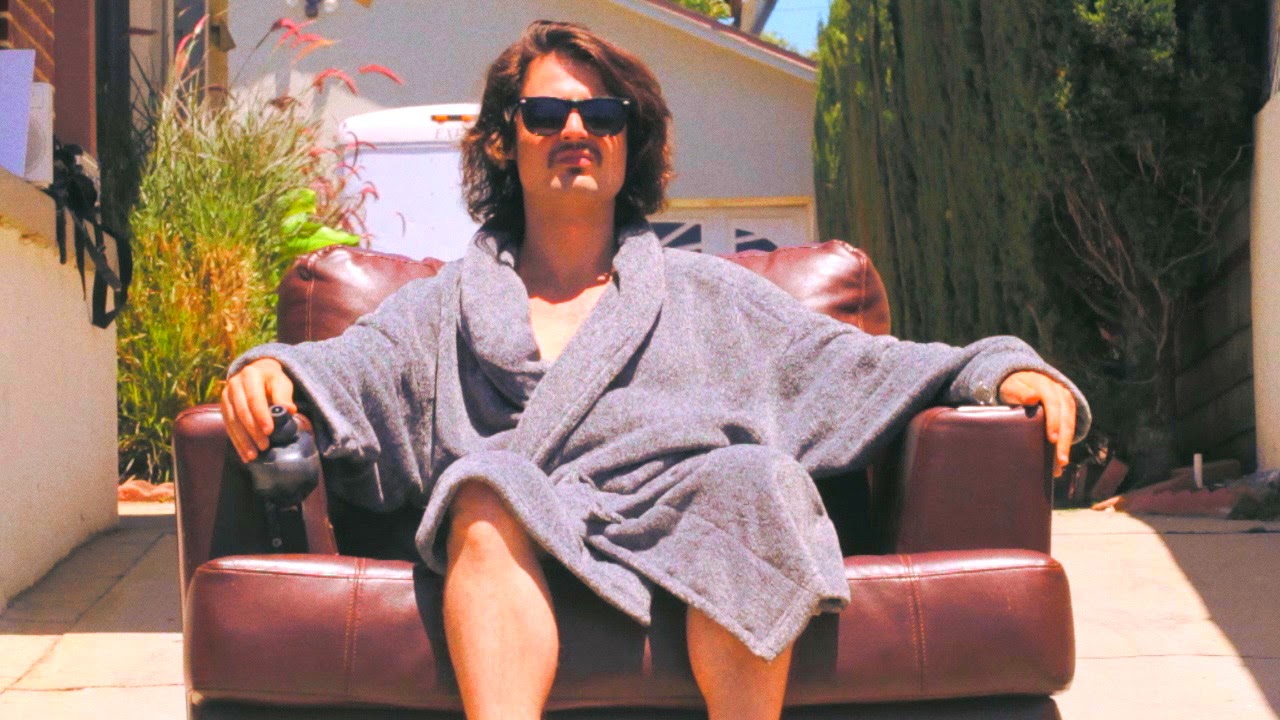 The LA guitarist and songwriter's début solo album Time Stands Still, is a vignette that stands testament to the evolution and growth of his music over the years. A tastefully eclectic blend of inspirations are apparent from the outset, modern edged pop-rock with undeniable roots in both contemporary and traditional Americana, and more than the odd tip of the cap to his 60's and 70's influences.

Burbank Woman, offers a slice of Americana-edged pop rock in the form of a bitter-sweet love song drenched with lap steel wailings and gentle fingerpicked guitar work. The introduction of the drums with its creeping pace allow for a lot of space in the ensemble harmonically and serve to add to the thoughtfulness of album's opening track.

The Game, with its laid back southern rock attitude and Running Away From Love with its more upbeat, pop-edge flavour both serve to invoke images of the warm west coast sun and all the freedom, fun and trouble a young man can get himself into under it.

Don't Be A Stranger is a catchy and upbeat pop-rock track. A rich and harmonious instrumentation and simple-yet-catchy riff work help make this an enjoyable listen, but it just doesn't seem to stand out as boldly as other tracks on the album.

At the very heart of the album is the quite brilliant So Long, drawing you in with its immediacy, wonderful swung rhythm and fuzzy overtone melodies. A smart and contained piece, with charming melodic hooks and an undeniably catchy chorus that is sure to make this a favourite with audiences.

The titular track, Time Stands Still, is a stark contrast to the energy of So Long. A reserved and retrospective ballad detailing reflections on his life as a performer. The piece is deliciously seasoned with wide-stereo keys riffs and adorable glockenspiel delicacies.

Call Me Kuchu, returns us to the realms of higher energy, with its foot stomping rhythm and classic rock and roll styling that go to prove Locke's ability to shift tastefully from heartfelt ballad to rock and roll blinder. With a certain something, somewhat reminiscent of Abbey Road era Beatles, it still manages to sit far removed from simple derivation. Locke has always struck me as a man who's not afraid to display his influences proudly while weaving his very own distinctive style. The addictive and driving chorus is still stuck in my head to this moment.
Next track, The Art of Moving On follows an emerging loud-quiet dynamic of the album's heart with a touching vignette detailing the familiar story of moving on from failed love. Lyrically this is one of my favourites on the album, sincere and constrained but harbouring clever phrasing and rhythm throughout.

A slight break from the albums dynamic, Going, Going, Gone, is a distinctly west-coast rock ballad, and another reflection of the trials and tribulations of life's speedbumps and dead ends this time performed through a more melancholic lens perhaps.

Album closer No Dice is a stripped back and traditional sounding acoustic piece, with lashings of perfect duet harmony and illustrious wordplay. A warm and gentle-paced burn, No Dice, serves it's role at album's end nicely and rounds out a fantastic and eclectic first solo Album.

A fresh perspective from a performer over half way through his second decade of life on stage, Time Stands Still is a great mixture of influences that is easy to access and easy to love.
(Ash Turner)