As movie monsters go, there are many. They tower over cities, crush humans with their very pace and generally wreack a lot of havoc. None more so than Godzilla, who first appeared on the world’s conscience back in 1954 for the very first film in the series, bearing his name, of course. 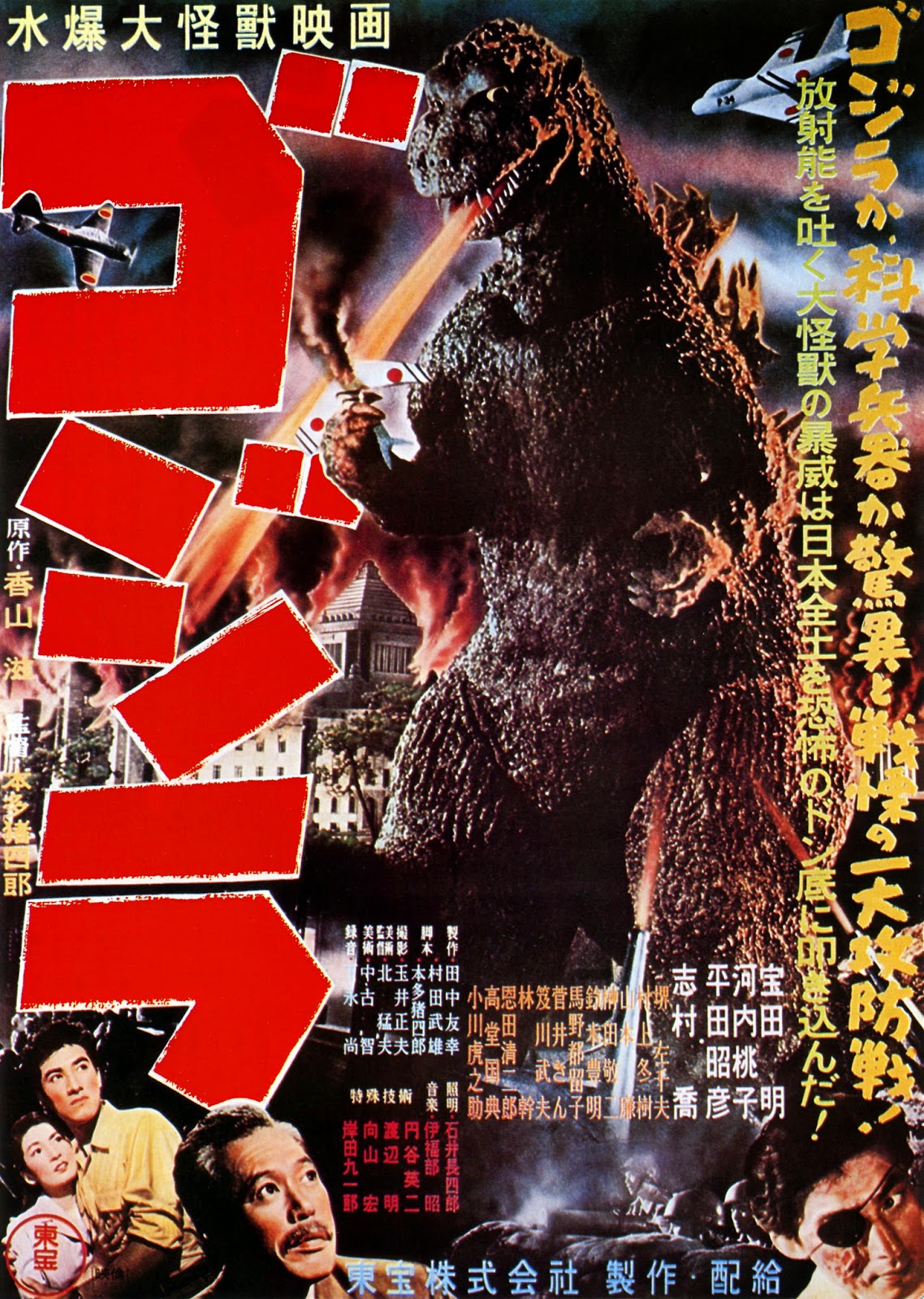 Just as life has changed much in the course of the six decades since its original, (pre extended Raymond Burr enhanced US cut) release, so has the perception of the film itself. Now recognised by many as one of the best of the series and certainly, one of the most straight forward entries in the series, it introduces the monster perfectly.

The film is set in a post war Japan, and born from the sea after a certain explosion Godzilla sets about the soon to be traditional tramp around Tokyo indiscriminately stamping on building, people and vehicles. There is no Mothra here, nor is there a the later Son of concept at play or even King Kong, who would turn up in the third movie three years later. This is pure stomping daikaiju fun that stands up well to repeated viewing six decades later.

The sight of the titular monster stamping on trains still holds a visceral thrill that must have felt truly spectacular at its time of release. It’s also telling just how much Japanese society has changed (and not) since this was made. Fashion and the notably less expansive skylines aside, you really do notice the tiny details that may or may not have been intentional. Of course, the main moral of the story is Gojira’s creation in the war. A series of hateful acts eventually producing a city destroying monster that would live for many more movies…

Most notably, the series inspired movies such as the 1985 North Korean produced movie Pulgasari that took a similar moralistic stance to the telling of its tale. Additionally, Yongary was produced in South Korea in 1967 with a similar kaiju from the depths. But back in Japan the result was a gamut of kaiju making their appearance in movies, usually from Toho. This of course lead to their rise in popularity and the films travelling abroad and that journey lead to the 2014 incarnation of Godzilla trampling box office records around the world.

Of course, purists will say that the original is usually the best but with Godzilla it’s hard to hold an opinion for too long without a new piece of information coming along. What is hard to disagree on though is how effective the monochrome first film is in establishing the terror of the titular monster. The scene where he rises from the ocean are so well done in such a way that colour would only spoil the effect and when you see his casual squashing of a train, the effect is so much more scary in black and white.

As moralistic, daikaiju lead movies go; Gojira is pretty much the place to start. With barely a wasted moment and much excitement to revel in you are much advised to start your journey here. Erm, all aboard…!