I’ve seen many variations on the No (Blank) No Life format in Tokyo including the somewhat obvious No Shoes No Life (Well, the sidewalk hurts after all…) and the slightly more oblique No Wig No Life but the most affecting variation yet is Tower Records’ No Music No Life campaign.

Record Stores (Part One) : No Music No Life

Think of a life with no music and it’d be a pretty sad one. And with record stores still a go-to prospect in Japan and CD’s still widely purchased it’s a music fan and artists haven.  Strict copyright laws mean that artists get well rewarded for their work and with discounts a rare thing on Japanese issue discs it’s a good thing to be an artist in Japan. Music is literally everywhere. There is barely a minute when a song isn’t played on television,  the streets ring with the sound of music emanating from Games Centers, Karaoke bars, record stores, convenience stores and much more. Silence by any definition is a rare commodity in Tokyo and that is definitely a good thing. 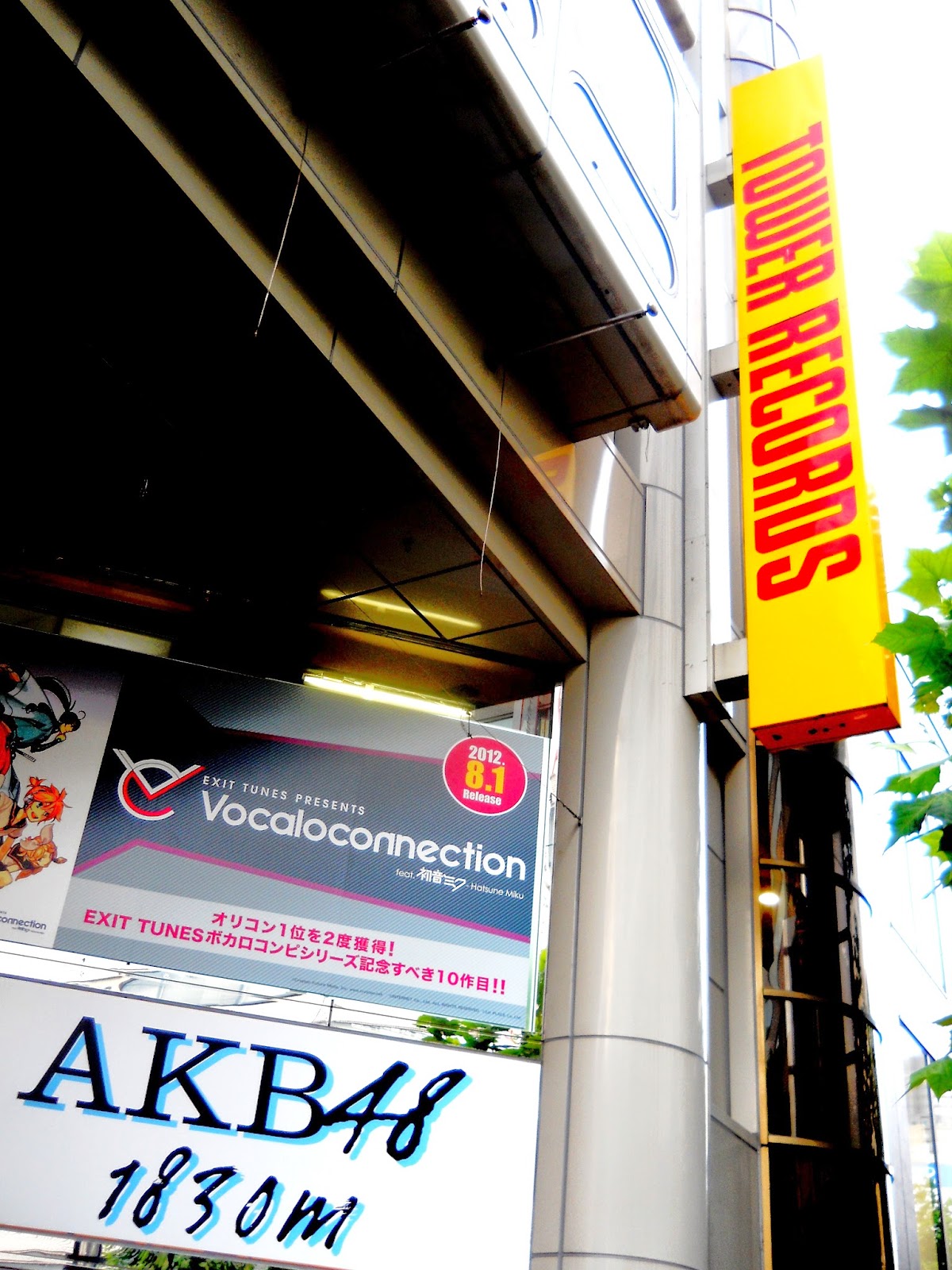 It’s this attitude that makes a visit to a record store a joy. Even the smaller independents enjoy a good clientele with little of the price wars you get in Europe. Same price in all shops and that’s that. Tower Records main branch in the bustling heart of Shibuya Ku is an oasis for music of all varieties and with seven floors of entertainment open until eleven o’clock at night you can seriously spend the day here. The entrance of the store is a bustling one with promotional events offering gifts such as hand fans, magazines or balloons for the discerning fan and once you get inside it’s a paradise of aural pleasures never ceasing to amaze in the depth of its service.

If you can name a music genre it’s probably here and for the music fan from out of town searching for something different the J-Pop themed second floor is a must. With every genre from Visual Kei to J –Punk, J-Club to Enka on offer it’s a world in itself.  The third floor is for Western music fans and many is the time I’ve whiled away a blissful hour here finding treats from all over the world that you just wouldn’t find anywhere else.

Upper floors house dedicated sections of Jazz, World, Reggae, Classical and Hip Hop and it’s simply amazing to find a place like this when the music world is constantly posting gloomy prospects elsewhere. There is no shortage of people at any given time and even when I’ve been here so many times over the last decade it’s still a joy to visit. One of my favourite sections though is the top floor books and magazine section with more foreign language publications than you could throw a katana at!

Particularly impressive for us is the art and pop culture section in which you can find some really interesting magazines on almost any aspect of art. There’s also a stand for the local Zine scene with well produced publications and many by the city’s local street art practitioners that are a little eye watering in price but remember that it's is Tokyo and culture comes at a price!

Of course there are many branches of Tower Records around the city but Shibuya’s seven floor extravaganza is for us the best. And with the musicological potential of the place it’s no wonder that there are always people coming in to check out the latest sounds in J-Pop, Western Music and beyond. And best of all, it represents the musical cliques of the city fully in the Ward that house the busiest street crossing in the world and some cool backstreet cafes and food spaces down the road in Harajuku, where we often go afterwards to look over our purchases.

This article was initially intended as the beginning of a series of features way back in 2012. This may well continue... Want to get involved? Drop us a line at sebarashii@rocketmail.com with the tagline 'Record Stores Feature' for more information!