Arriving in Liverpool's Baltic Triangle, the sun is shining and the skies are clear, certainly a good omen for the coming festivities. Gathering myself in the triangle's hub Unit 51 to gather myself and my various journalistica I am greeted by familiar friendly faces of organisers and media as well as a welcome tipple courtesy of Barefoot Wine. 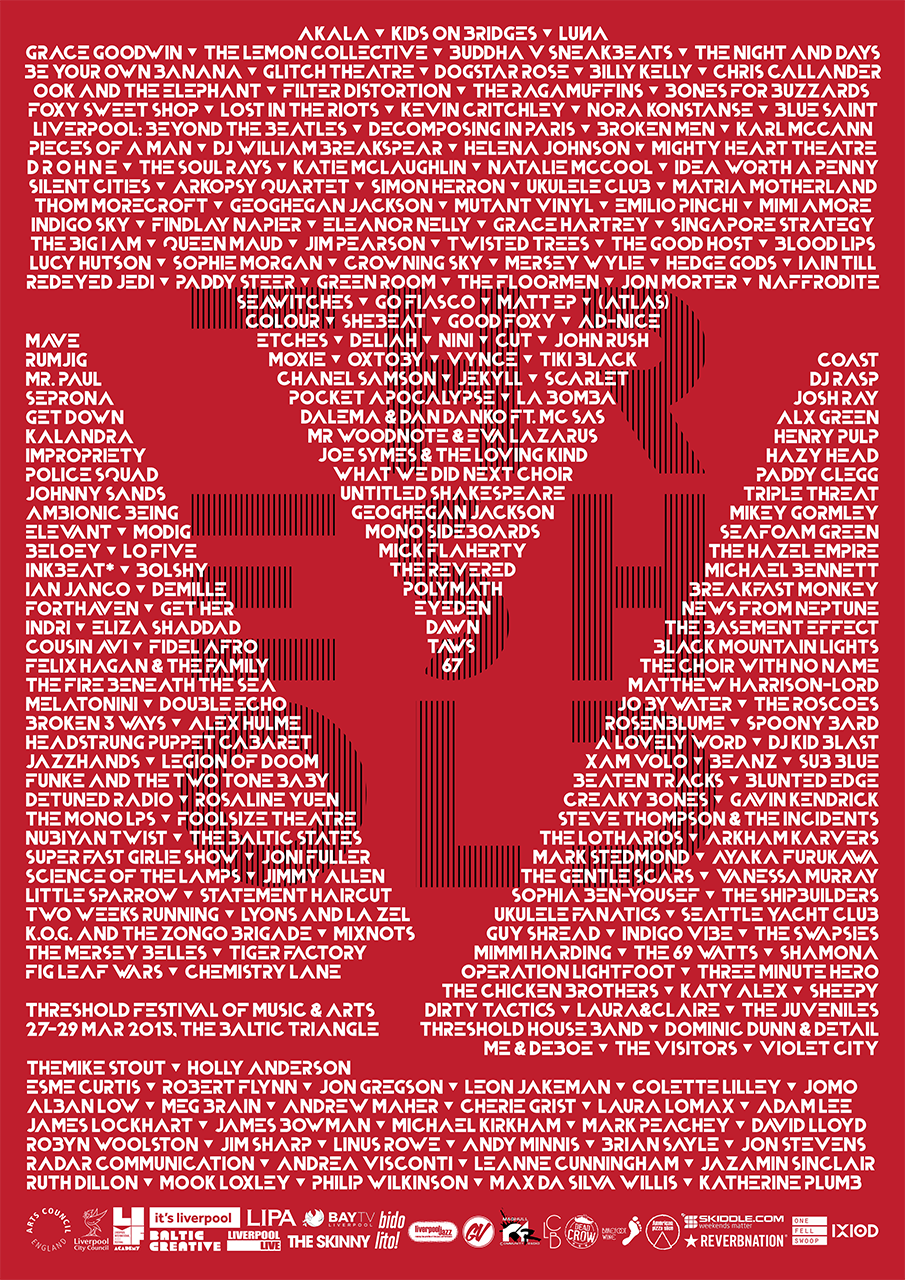 The atmosphere is building steadily as Festival Director’s Chris and Kaya Herstad-Carney and Andy Minnis take positions to verbally cut the ribbon on the 5th Threshold and convey their thank you’s and shout outs. Many glasses and cheers were raised for all involved.
Léa La Zel and James Lyons hit the stage shortly after 7:30pm, with their wonderfully unique blend of soaring soul, big beats and even bigger smiles. As one of my must see acts, and the official opening band,  the duo blew the audience away as I knew they would with their ever popular Papillon as well as a fantastic two step/swing rendition of Screamin' Jay Hawkins' I put a spell on you.
Next up on the schedule was Belgian based electronica duo Melatonini. Welcomed by deep bass and dark atmospherics I knew almost immediately that Melatonini had something a little special to offer; An impressive and haunting vocal performance that is still stuck with me now.
Skipping down Jamaica St. to The Observatory I soaked in the atmosphere of the Baltic Triangle's most relatively youthful venue. Splitting into two stages with The Observatory inside and the beautiful outdoor stage Constellations allowed for a brave but well organized staggering of acts. This venue certainly has a bright future, especially with the coming summer sun. 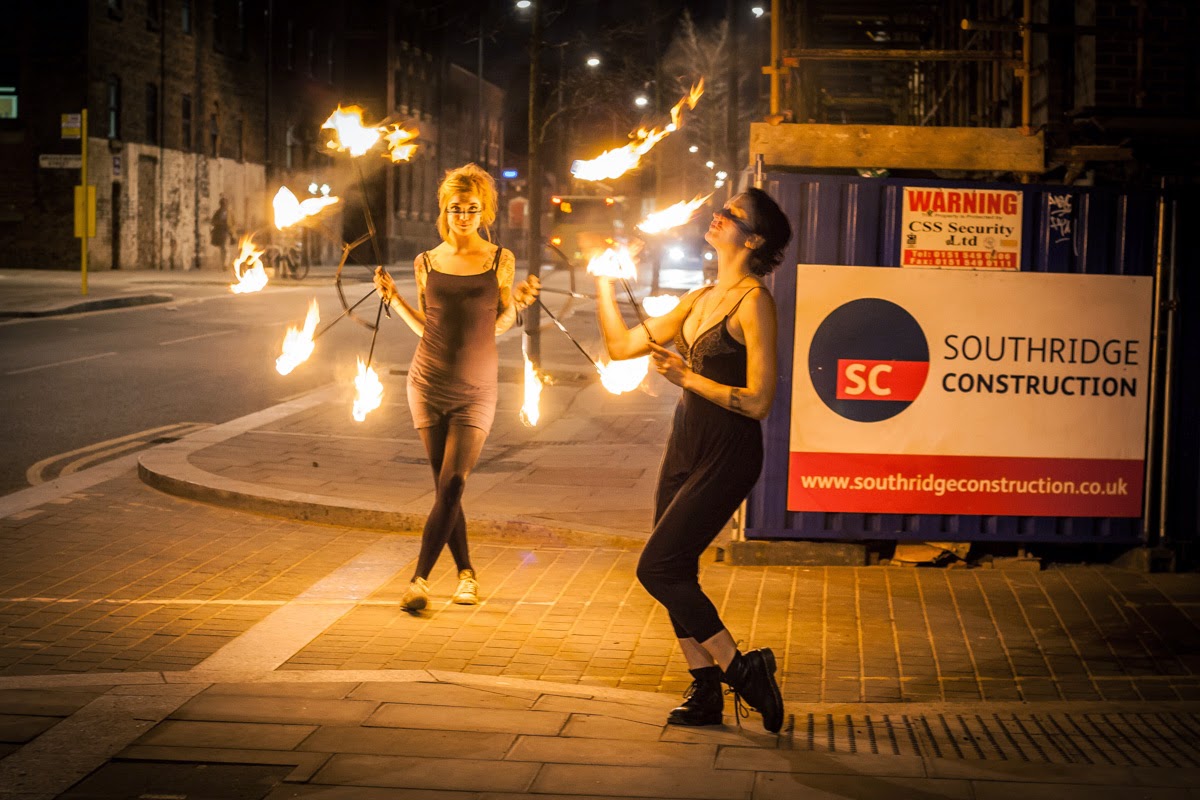 Kicking things off inside, the ever brilliant Kalandra were jaunting through soundcheck. The turn out was undeservedly small for a band with such a large musical footprint, potentially down to the newly growing reputation of the new venue on the block and perhaps the early evening slot, but ever the professionals, the Scousedanavian sextet played to their captive audience with the same passion they would a venue at capacity. With a mix involving a heavier involvement of synth than I have been accustomed to opened up the instrumental dynamics nicely and Kalandra rocked their way through many personal favorites as well as the inclusion of the belting new tunes Love You Right and Shine . Culminating with the inevitable climactic showcase piece Lullaby, allowing for the sensational Katrine Ødergård Stenbekk to spirit herself away into a frenzy of stunning vocal theatrics. Not that it was ever in any doubt but Kalandra certainly cemented themselves as a festival favorite again this year. No sooner had Kalandra closed their set Rum Jig started their dizzying blend of Iberian, rhumba, swing, and reggae with the familiar face and smile of Lea La Zel on the Constellations stage. With upbeat dance tunes to get the crowd warmed up in the quickly sharpening spring evening. Bright, bubbly and easy to find yourself dancing to Rumjig were a wonderfully warm and welcome juxtaposition to the weather.
Another of my must see acts was Science Of The Lamps, who hit the stage with force with the sublime harmony quartet The Usherettes back inside The Observatory. A exceptionally professional and well versed band, nothing could stop the Lamp Scientists from giving the crowd their all, not even resident cellist Luke Moore's temporary mic failure which was taken in stride before rejoining Paul Reay in the world-shaking bass sections.


Kaya Herstad-Carney fronts the band with such a bounty of charm, passion and personality and displayed time and time again why she is so widely regarded as such a one of a kind songstress. Swinging their way through the set which included firm favorites, cheeky reworkings of pop hits by Britney and Katy Perry, and the song Abandon the Pursuit from a recently recorded feature film soundtrack The Science of the Lamps are a veritable showcase of finely tuned talents that are truly unmissable.

Nipping outside for a quick cigarette, I was immediately bombarded (near full-frontedly) by the tongue-in-cheek theatrics of Felix Hargan and The Family on the Constellations stage, flirting dangerously with 80's pseudo glam-rock parody complete with leather pants, bare chest and feather boa. However there is nothing silly about the band's musical and performance talents, gripping the crowd with solid rock and an electrifying stage presence. 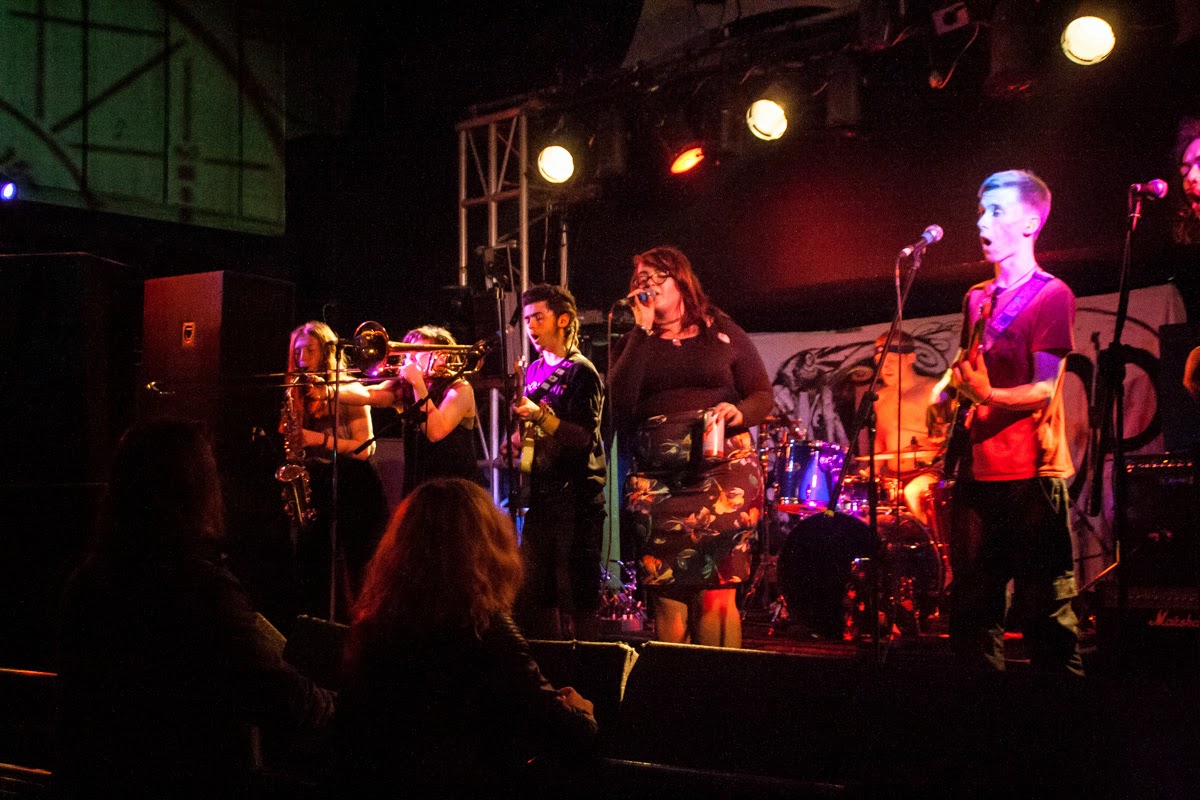 Pulling myself away from The Observatory which was quickly becoming the place to be this year for top talent I rushed to see a favorite from last year’s festival at District, Bolshy! Making their mark in the Liverpool busking scene the riotous handful of musicians direct their energy brilliantly in a stage environment.

Fire Beneath the Sea landed just before 10:30 back at the Observatory, crowding the stage with their numbers and huge personalities. Even suffering some pretty serious vocal mic failures, the band played on and engaged in some highly synchronised mic juggling to keep the energy up. Home to the must see duo Lyons and La Zel,  the eleven-piece Fire Beneath the Sea are a guaranteed dance floor filler with a raucous  melding of ska, funk and more that ensures that you dance until your teeth are loose.

An awesome start to Liverpool's greatest roots art festival, as good, if not better, than I knew it would be! 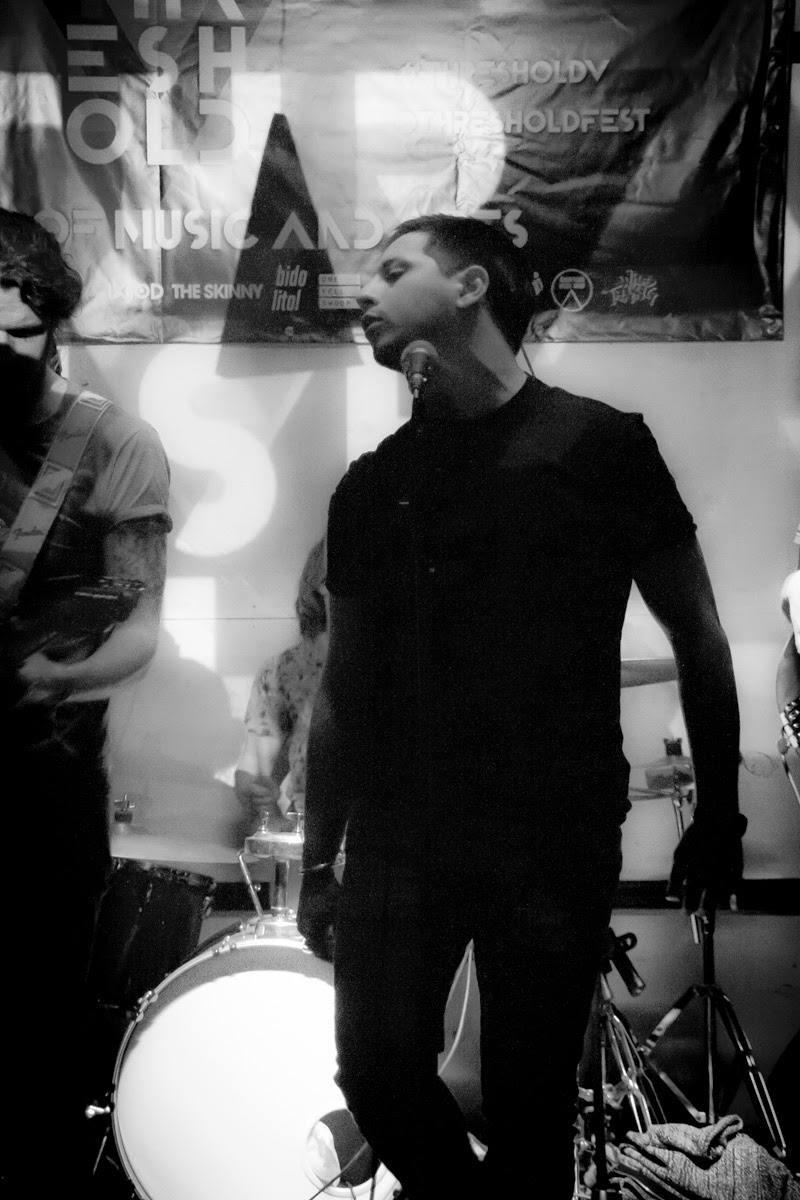 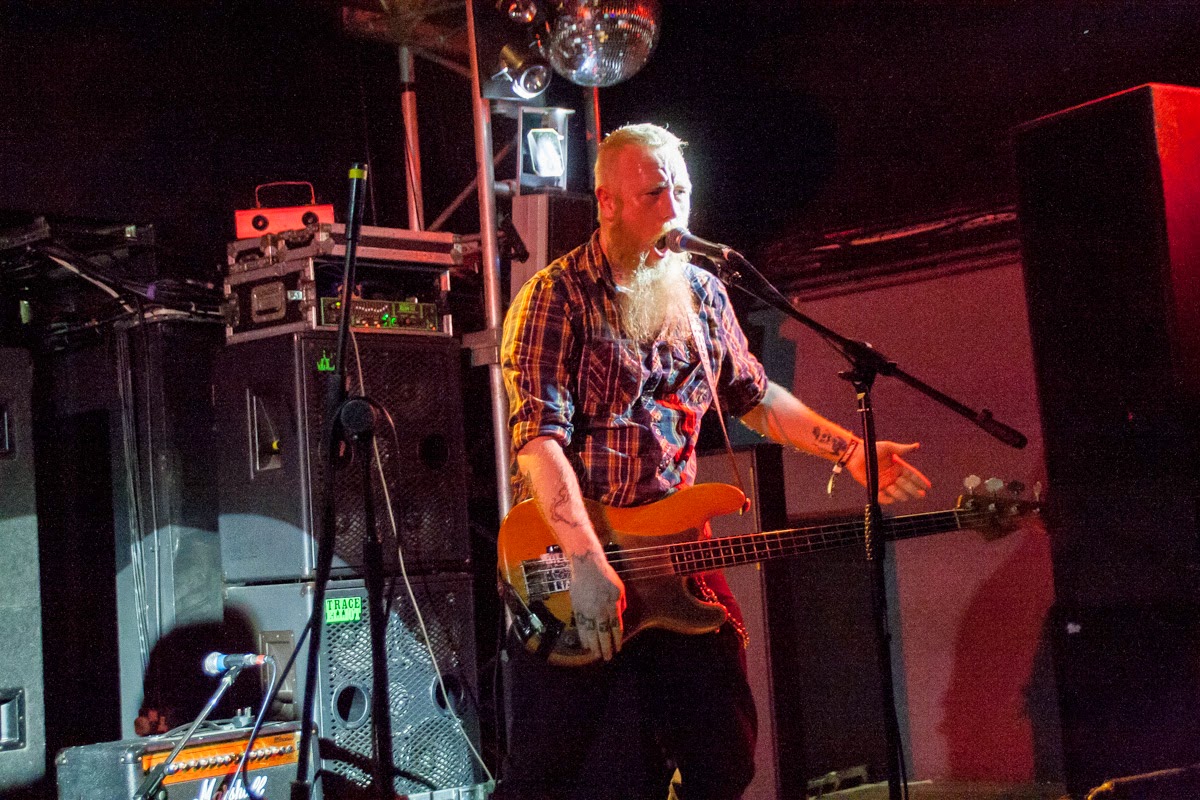 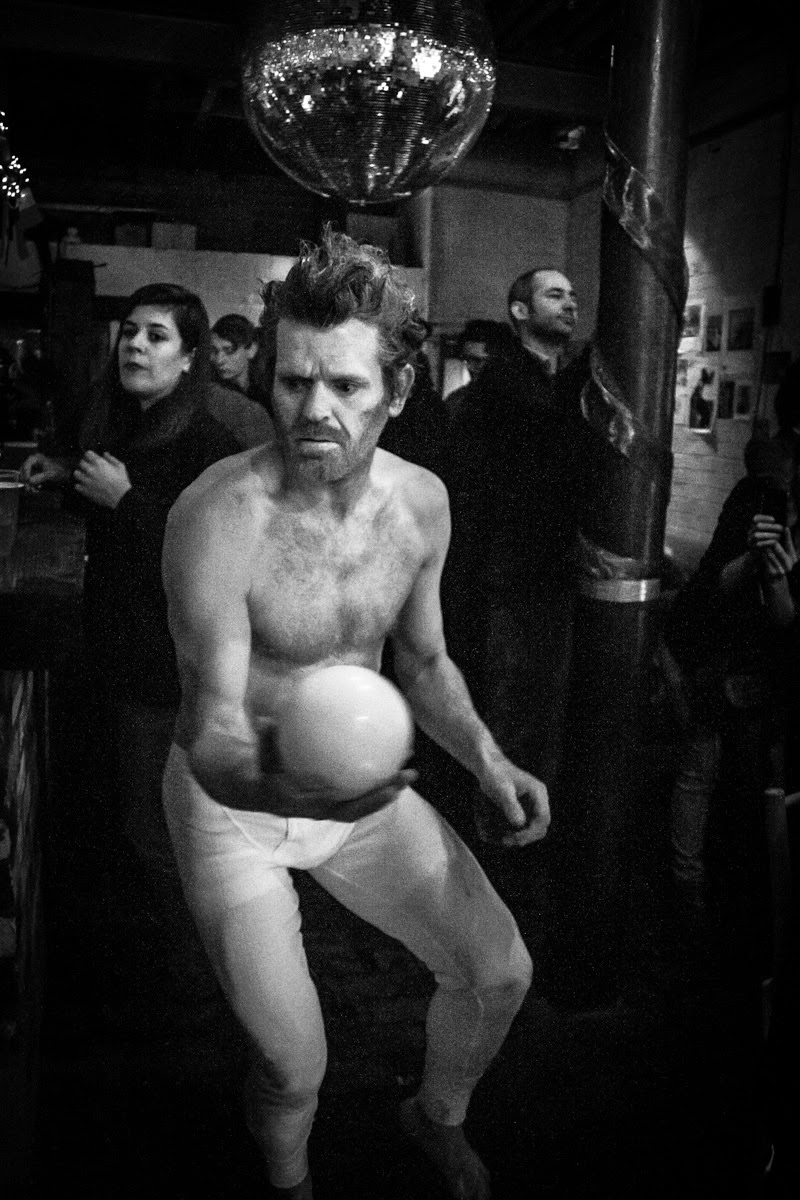 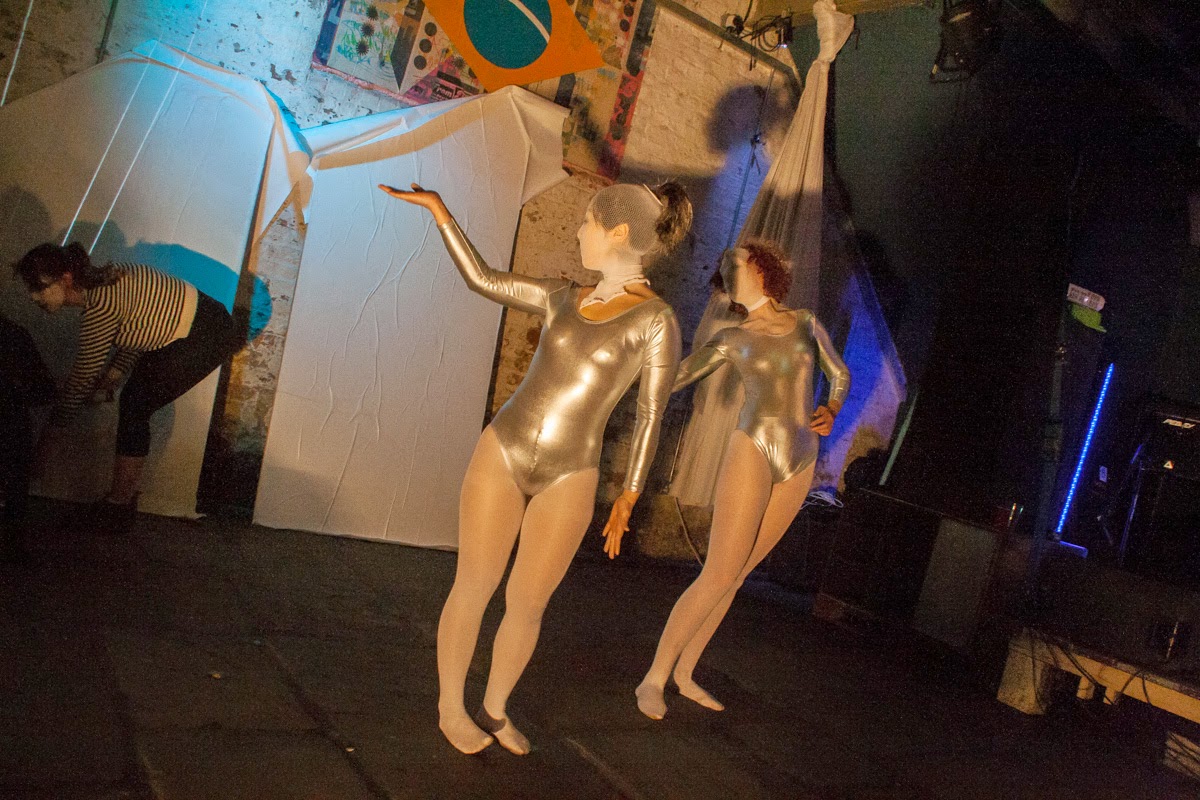 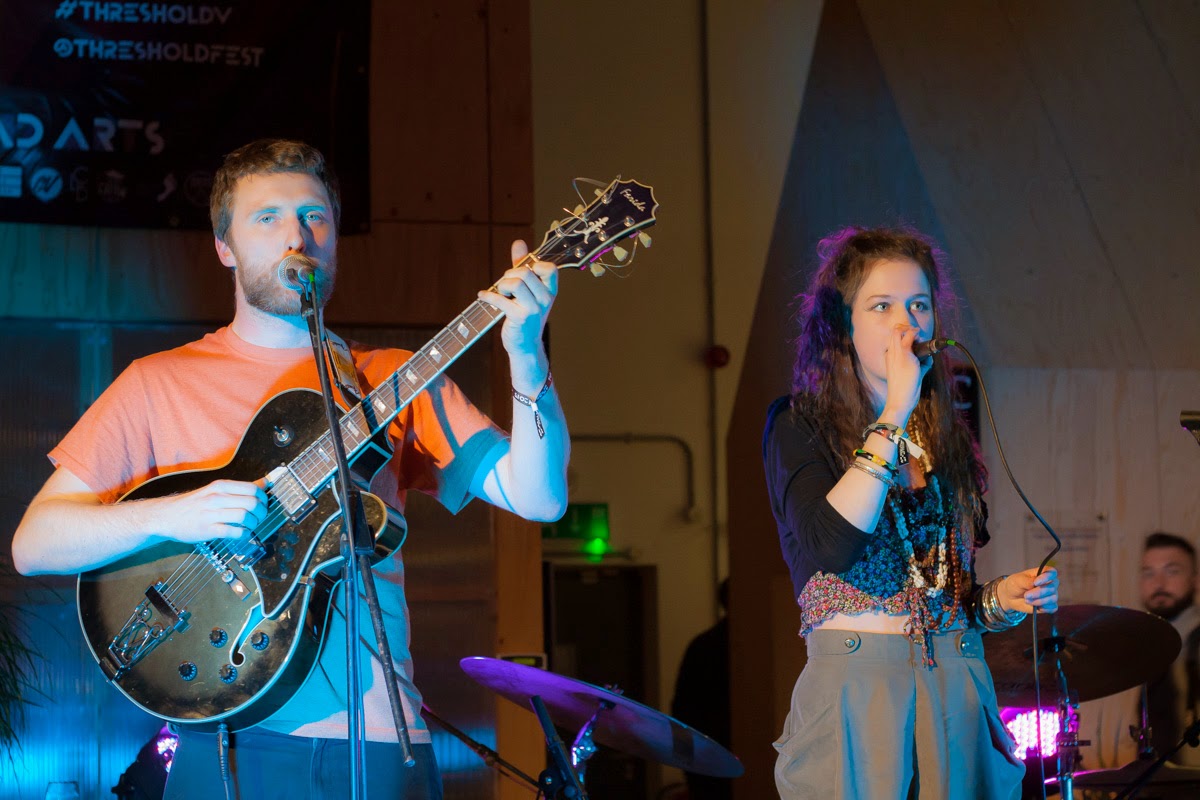