The ever beautifully unpredictable Björk has released the first part of the rather lovely Vulnicura Remix Project. Gone are the days when a remix package from Björk was greeted with suggestions of obscure unlistenability and in are the times of sheer soundscapes that transcend the term remix in many ways.
Just as the Biophilia remix project, Bastards, made us appreciate the dark subtleties of its parent album much more, so does this first handful of tracks from the very personal and ultimately heartbreaking on occasion Vulnicura. The sparse strings and vocal arrangements that make the album such a raw experience even many listens in are transcended, enhanced and played with by collaborators such as  Lotic, Katie Gately, Mica Levi and Kramphapft.

This set of tracks is itself a beautiful collection, even without the source works of the original album. Perhaps the highlight is Katie Gately’s stunning natural soundscape themed version of the still extremely affecting Family. Over nearly eight minutes the song expands into a dark but beautifully cast place with the atmospheric howls of animals soundtracking what is perhaps one the artist’s most emotionally raw songs of recent times.

We look forward to hearing the rest of the collection very soon. In the meantime though, indulge yourself in some truly beautiful music. 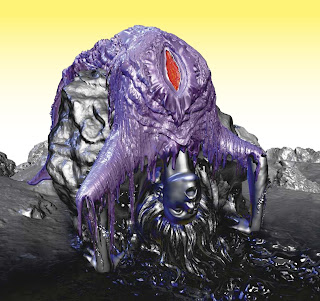