When we first came across the music of Omar Souleyman it was in the same way as many have, via his remixes for Björk in 2012 for tracks from her then new album Biophilia. Since then he has released an excellent, almost addictive album in the form of WenuWenu in 2013 and is following it up with a new album released July 24th entitled Bahdeni Nami.

The title track has just been released with a video showing the artist driving, smoking, relaxing and, of course, singing in his trademark still but very active style. If you’ve never experienced Souleyman’s soul warming Dabke sound before then make sure to check out the video! The album will be released July 24th via Ribbon Records. 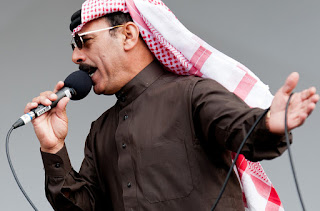