In a previous review of what is regarded by many as Shiina Ringo’s career highpoint, the third album Karuki Zamen Kuri no Hana, we described it as a rather dark and impenetrable album despite its greatness. Listening to it for this series of reappraisals we’re verging on a slight revision of that opinion. 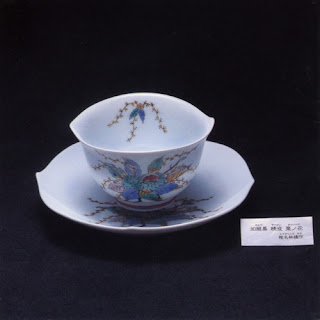 In the catalogue of Shiina Ringo the benchmark for quality almost always lays at Karuki Zamen Kuri no Hana – her third album. For many reasons it’s cited as her best and for many reasons it’s hard to disagree with its quality. With a sound that focuses less on the in your face production of its predecessor Shoso Strip and more on quietly seducing you with the sound of off kilter rhythms from traditional Japanese instruments and occasional found sound elements.

And it’s largely the delightfully realised melodies that bring the album into the band that it’s currently elevated to. Whilst its predecessor sought to deafen you into submission (in the nicest possible way) this album takes a more stealthy approach and there’s much to gain as we see Shiina Ringo stop to let the music breathe for the first time on an album thus far. The results are well worth the patience – KSK, as it’s been christened by the artist herself – is a slow burner, with an intricate production.

It takes a few listens to penetrate the aural shell of the album but once you do the little touches start to become more obvious, from the vacuum cleaner that opens Yattsuke Shigoto (trans. Rush Job) to the opening flush of the electric orchestra on Shuukyou (trans. Religion) and the occasional flash of engaging harpsichord in the background throughout the whole album it’s a joy to repeat listen this album. That perhaps is why it retains a certain mystery – there are so many layers here and meanings to decipher from Ringo’s use of old kanji characters throughout the lyrics that it keeps you enthralled for many educational hours.

This sonic complexity is wrapped up in one simple but very effective album jacket, displaying (if you hold the physical copy, always the best, in the prescribed manner of books in Japan – the front being what in the back in Western publications) a simple china tea cup on a black background. But what lies behind it is all to guess – there is always meaning in Ringo’s album artwork and also in the order of songs. There is a pattern in the number of characters in the song titles and the whole album runs at exactly 44:44. Such attention to detail may seem trivial but it surely adds to the listening experience to know that the artist cares that much about the project they included all the tiny details to discover.

Those keen to explore further are advised to seek out a copy of the film Hyaku Iro Megane, a short movie made to accompany the album featuring a playful musing on the themes of the album.